‘Umami’–what exactly is it, and can one have enough of it? | Inquirer Lifestyle ❮ ❯ 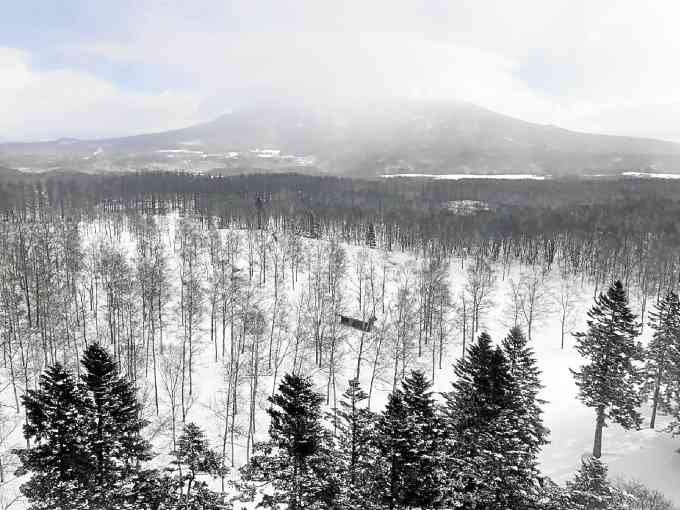 ‘Umami’–what exactly is it, and can one have enough of it?

Despite everyone telling me I’d never be able to eat sushi back home again after enjoying it in Japan, the first thing I did upon going back to work after the holidays was have sushi for lunch.

It’s true that I didn’t visit any of the temples of gastronomy, and I’m looking forward to doing that in the future. But I felt that the real revelation of Japanese food in its natural environment was not the sushi, although that was, indeed, orders of magnitude better what’s served here. I finally understood what umami was all about.

I was speaking to a food writer colleague recently and he went off-tangent about umami, and how everyone was obsessed with it. I didn’t get to press him on the issue, so I don’t know whether he merely thought that umami was overrated, or whether it was the end of all good things for Philippine cuisine. But I came back to it a few days later when I was trying to get the seasoning right for a sinigang.

One doesn’t want sinigang to be umami—in fact it makes the broth cloying and fights for space with the acidity. There has to be flavor, yes, and this comes naturally from the shrimp or pork. But if you use broth instead of water, or throw in a rich stock cube, then it all goes wrong.

So, perhaps umami isn’t, after all, “linamnam,” which is simply deliciousness; who doesn’t want their whole meal to be “malinamnam”?

But umami everything? The palate gets fatigued.

Another Japanese loan-word which has made its way into common parlance is “bokeh,” which is basically the parts of a photograph which aren’t in focus. You can’t read a photography gear website these days without the reviewers gushing over a lens’ ability to deliver rich, creamy bokeh, or the distinctive character of the bokeh from a particular lens like the Canon 85 1.2L.

I think bokeh became an obsession after multicoating and autofocus made it impossible to take a really terrible picture: any modern lens, even a cheap one, will give you a sharp image, maybe not sharp enough for aerial cartography, but definitely sharp enough for Facebook. So the obsession with bokeh was born, and with it some really terrible photographs with rich, creamy bokeh.

Umami assumes that the chef has already mastered the basics of balancing salty, sweet, sour and bitter; texture and temperature; and is now playing with the “fifth taste,” which it isn’t, really. It’s more of a dimension rather than a coordinate, a quality rather than an attribute.

Chasing it at the expense of controlling the basic elements of taste is like putting gold leaf accents on a child’s drawing.

We stopped in Osaka for an hour to change planes, but the rest of our time was spent on the remote northernmost island of Hokkaido, famous for its beer and the seafood in the seas around it, which separate it from the Russian mainland and the nearby town of Vladivostok.

I developed a strange obsession with its rice: I had never had one like this before. Of rice produced in Japan—most “Japanese” rice in Manila is from California—the Hokkaido varieties are less prized than the southern Uonuma, but its cultivation—and research into new strains—is highly subsidized, and the Yumepirika variety is the stuff dreams are made of.

Despite the variety we can get in Manila, we still like our bangus to come from Dagupan, and our pili to come from Albay, lanzones from Camiguin. Hokkaido is famous for its scallops; it also has in dizzying quantity giant crabs, salmon, pumpkin, potatoes  and dairy products of all sorts—milk, cheese, yogurt.

A plain boiled potato, split and slathered with local butter, was elemental and transcendental all at the same time. I’m not sure what exactly I was expecting—perhaps a relentless pervasiveness of umami, or at the very least a certain centrality of it—but these simple, pure, earthy tones were entirely unexpected.

The Japanese were the first to isolate umami, and, bonded with sodium, we know it as monosodium glutamate (MSG), either the best thing that happened to bland food or the devil incarnate, depending on which side of the debate you’re on.

Despite this, Western food is now obsessed with umami, while spurning the devilish white powder—tak tak tak!— that has been around for decades. They flavor broth with kombu that have crystals of “natural” umami, mix parmesan to enrich food with cheese’s inherent umami, and have even come up with a truly disgusting tube called Taste Number Five, which combines tomato paste, anchovies, mushrooms  and earwax to “just add taste” to anything. It’s upmarket Knorr seasoning.

I think that bad Japanese food uses MSG indiscriminately (as does bad Chinese food, where it got its undeserved reputation); and restaurants tend to go for big umami bomb flavors because they make a big impression.

It’s like a coloratura soprano’s flourish or a big cymbal crash or a triple somersault.

Western chefs, especially home chefs, are just beginning to discover it and they try to sneak it into everything. J. Kenji Lopez-Alt, who I otherwise admire, packs his “all-American” meatloaf with Marmite, mushrooms, anchovies  and soy sauce—like an insecure Cantonese line chef putting an extra dash of MSG.

Restaurants like to open a tasting menu with an “umami bomb” of a dish, which is basically like decking the diner with a sucker punch so that everything afterwards seems to taste good.

The best meals are those in which the umami is modulated and comes when it is needed, and is left out when it is not. They should finish neatly, leaving a neutral, clean taste in the mouth, and not having you gulping for water or a breath mint.

Umami is the bit of soy sauce that barely licks the fish, leaving the rice and the proteins to mix and form the perfect mouthful. —CONTRIBUTED