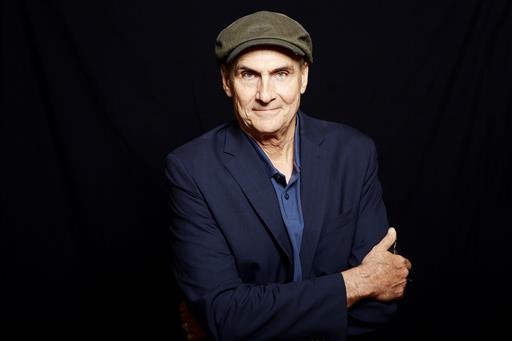 It’s been about 20 years since Canadian singer-songwriter Bryan Adams first performed in Manila, at the old Folk Arts Theater. We didn’t see the concert, but according to one anecdote, Adams walked around the CCP complex a few hours before the show to shake off a temporary ailment.

We hope nothing of that sort happens when he returns on Jan. 18, this time at Smart Araneta Coliseum. The gig is part of his ongoing “Get Up” tour in support of his 2015 album of the same title.

Adams is an all-time favorite of pop-rock fans nationwide—many households and videoke bars still playing his old hits like “Straight from the Heart,” “Cuts Like a Knife,” “Run to You,” “Summer of ’69, “(Everything I Do) I Do It for You,” “Heaven,” “All for Love,” “Have You Ever Really Loved a Woman?” among others.

Besides being active as a songwriter, he’s still young at 57.

Dozens of friends turned up at Gerry’s Grill Congressional Avenue, Quezon City, a few days ago to greet Bambbi Fuentes a happy birthday. The celebrity hair and makeup artist booked the bar area of the restaurant for the party.

Actress Gelli de Belen whipped up her own version of Chocolate Cake with Nutella Buttercream Frosting and Strawberry. She looked anxious as guests sampled the first few slices of the cake, which tasted good without being too sweet.

Since Gerry’s Grill is known for its wide range of meat and seafood fare, we gladly took bites of barbecue, crispy pata, tuna, even chicharon, while sipping red wine.

When the party ended at 2 a.m., Bambbi invited us for some pizza at Shakey’s Matalino Street, not far from the newest Gerry’s Grill branch which we had also visited sometime ago.

A few blocks from Matalino is Maginhawa Street, the famous food row on which more new restaurants have opened. One of them, Chill’n & Grill’n, offers beef salpicao cooked over charcoal and sliced into strips. It was flavorful and filling.

The burger was fine, too. Next time we’ll order beer and try the pork ribs.

New York-based businesswoman and philanthropist Loida Nicolas-Lewis, who has been dragged into controversies due to her vocal stand against President Duterte’s drug war, replied to our e-mail regarding an online news report accusing her of influencing James Taylor’s decision to cancel his concert originally scheduled on Feb. 25 at Mall of Asia Arena.

Here is her full statement:

“A certain Ira Panganiban recently wrote that James Taylor canceled his plans for a Manila concert because I urged him to do so.  This is a lie.

“I grew up listening to the songs of Taylor and loved his lyrics and soft melodies.

“However, I have never met him, nor have we had the chance to discuss anything.

“I do believe that President Duterte should resign and that killings occurring without due process are inherently wrong.

“During the election, he said he would resign if he did not solve the drug problem in six months.

“The six months are over.  The drug problem is still with us despite thousands of unwarranted murders.  It is time for him to resign.

“In his song ‘Long Ago and Far Away,’ Taylor sang, ‘Where do those golden rainbows end?  Why is this song so sad? Dreaming the dreams I’ve dreamed my friend… and in between what might have been and what has come to pass, a misbegotten guess alas and bits of broken glass.’

“President Duterte, you could have been a great president. Instead you have demonstrated the perils of authoritarian rule and unchecked power.

“Many innocent people have been killed on your watch and it is time for you to leave the stage.”