‘Not justifiable:’ Filmmakers weigh in on the ‘Oro’ controversy | Inquirer Lifestyle ❮ ❯ 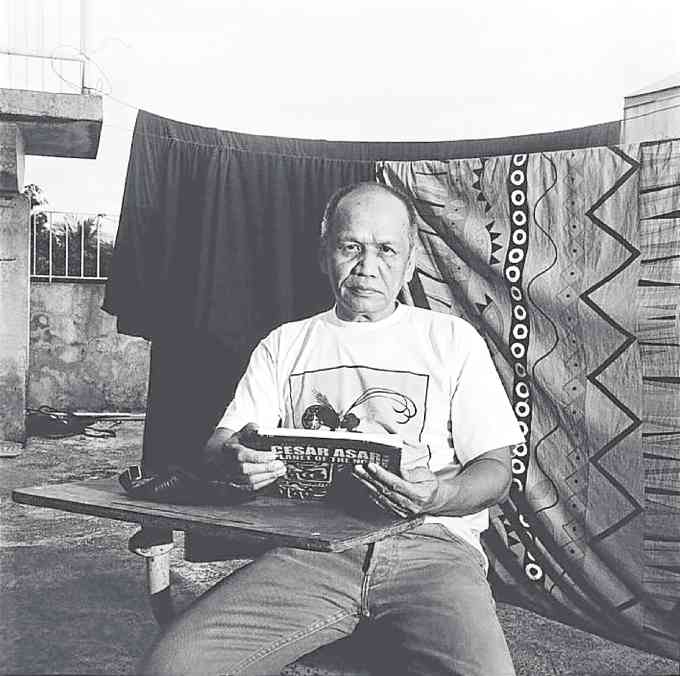 "There are other ways to show it realistically," says Roxlee.

‘Not justifiable:’ Filmmakers weigh in on the ‘Oro’ controversy

From all indications, “Oro” was a worthy film effort derailed by a string of bad decisions, made not only by its creators, but by the Metro Manila Film Festival’s executive committee.

The first was to allow the actual killing of two dogs during the production.

The second, to film the slaughter and its aftermath.

The third, to include the footage in the final cut.

The fourth, to allow the screening of the movie even in the absence of the all-important legal disclaimer. (“No animals were harmed during the production of this film.”)

The fifth, to deny it ever happened when allegations of animal cruelty first came out. (“It was a goat with prosthetics.”)

The sixth, to disavow any involvement when denial was no longer possible. (“No member of the crew participated in the killing of the dogs, or ate the dog meat.”)

The seventh, to attempt to justify it when proof was finally offered. (“It’s part of the culture of the rural areas. What about the slaughter of the miners?”)

The eighth, to vandalize the film by blacking out the offending scenes.

The ninth, to pull the film out of the theaters, thereby denying Filipino audiences the opportunity to take whatever lessons they could from the movie, and the filmmakers a chance at whatever redemption they could salvage from the ruins.

Film being a collaborative medium, the blame for the entire fiasco can’t be placed solely on director Alvin Yapan. There’s certainly enough to go around, and the filmmakers are still facing charges for violating the Animal Welfare Act of 1998.

But the two unfortunate canines may not have died in vain.

At the very least, the “Oro” controversy has sparked awareness, in the Filipino independent film community, of the ethical and moral dimensions of art and the creative professions.

Dalena, who teaches at the University of the Philippines Film Institute, says the controversy is unfortunate, but at least it has opened a discussion in the independent film community on the ethics of filmmaking, coming on the heels of the notorious Baron Geisler “pissing incident.”

“When I first saw the film, it was a very powerful work and I admired the ensemble, specially Irma Adlawan,” she says. “I think they deserve the recognition they got.

“I had no problem with the violence, I think the graphic depictions were appropriate for the film,” adds Dalena. “The scene of the dog slaughter was planting the seeds for what would happen to the miners—that they would be treated like animals also. It was integral to the script.”

It wasn’t so much the realism of the scene where the dog was drawn and quartered that bothered her, she says, as the fact that there was no legal disclaimer at the end credits.

“I knew right away that there was a problem,” she says.

The absence of a legal disclaimer, usually a statement to the effect that no animals were harmed during the making of the film, suggested that there might have been violations, and should have been a red flag for the screening committee, suggests Dalena.

Hollywood films are monitored by the American Humane Association during production to ensure that they abide by US laws on animal cruelty. While there is no similar mechanism for local productions, studios usually have legal teams to scrutinize scripts set for production, looking for potential liabilities so they can be nipped in the bud.

“In my experience working with film grants with, for example, Cinema One and Cine Filipino, scripts go through a series of consultations with lawyers who screen them for potential problems such as copyright.  Even the use of literary excerpts, I have to justify and get permission. There’s checking, which I appreciate.”

Apparently, no such oversight was available for “Oro” during its preproduction.

“For me, moral responsibility should always align with professional responsibility,” says Dalena. “You’re making an important film with a socially relevant message, but you still have exploitation or ill-treatment of workers.  The conceit of advocacy filmmaking comes in when you are sending a very strong message that does not match the best practices of film production.”

In short, there really is no justification for actually harming or killing an animal for a film.

“I have no problem with the slaughter of the dogs as a scene, using it as a metaphor,” she says. “But there was no need to harm any animals. Even if you’re going for authenticity, there are all these techniques available. But even without that, it’s basic common sense and sensitivity that you shouldn’t do it.”

When the film first came out, it was roundly criticized by animal rights advocates for its scenes of savage dog fights. But a behind-the-scenes documentary revealed how the filmmakers used special effects and hired professional animal handlers to ensure realism without actually harming the dogs.

These production techniques, of course, cost money, which independent films, working on shoestring budgets, don’t have. They may also be working on tight schedules, facing the temptation to use shortcuts that—as in the case of “Oro”—could lead to disastrous consequences.

Be that as it may, Dalena feels that censoring the film, or pulling it out of the theaters, isn’t the answer.

“I think it deserves to be seen,” she says. “Censorship is not the answer. I’m worried that because of this, they might impose stricter laws, and the worst thing that could happen is for filmmakers to self-censor. This issue shouldn’t be used to restrict freedom of expression.”

For artist and filmmaker Roque Lee, better known as Roxlee, the controversy has overshadowed what, in essence, is a good film, with a strong message about the death of the four miners.

“It would have been a good film if they hadn’t really killed the dogs,” he says in Filipino.

“They could have worked around it without losing the message of the film.”

Lee, who hails from Naga City, also takes issue with the filmmakers’ initial statements that killing and eating dogs is part of the culture of the area.

“We don’t really slaughter and eat dogs as much as they do in the north,” he says. “It’s not Bicolano per se, which is not to say that it doesn’t happen.  Mostly it’s drinkers who do it, like anywhere else.”

He agrees that the scene is essential to the film, but feels that it might have gone too far with the hanging carcass.

“I think they wanted to be realistic, because they were shooting in a semi-documentary style, and the film was based on true events, but there are other ways to show it realistically,” he says. “Besides, if they were really after authenticity, maybe they should have done the film in Bicolano.”

But since they had already compromised by doing it in Tagalog, they could have compromised as well by not really killing the dogs.

“It’s not justifiable to kill for a film,” he says./rga