A bite out of the local potato chips scene | Inquirer Lifestyle ❮ ❯ 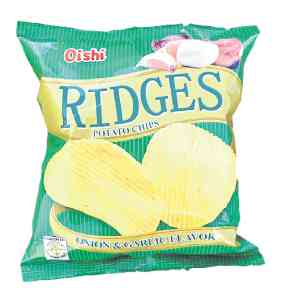 A bite out of the local potato chips scene

Potato chips are the ultimate snack. Considered by many as junk food, no doubt it is comfort food as well. It comes in different forms and flavors, and all of us snack lovers in the Philippines are blessed we now have access to a wide variety of potato chips.

If you grew up in the ’90s then the only potato chips you ate that time were the classic ones from Jack ’n Jill and Vcut. You can still find them in supermarket shelves and they even come in different flavors now. Vcut, for example, is also now available in cheese, and onion and garlic flavors, although we’d bet that the only flavor any ’90s kid would go for is the spicy barbecue one.

Oishi, another snack manufacturer, is giving Jack ’n Jill a run for their money with a line of ridged potato chips called Ridges (in flavors like barbecue, wasabi, and onion and garlic), and Pringles-like Potato Crisps (the tomato ketchup variant is the tastiest). But what’s intriguing is their Gourmet Picks line of potato chips; it has unique flavors such as wasabi, nori and kimchi).

Till that time when we have binagoongang baboy potato chips or sinigang na hipon potato chips, we can in the meantime satisfy our taste buds with the plain slated variety.

We sampled all the local potato chips available in the supermarket shelves and here are our favorites. 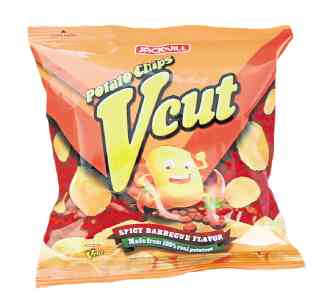 Nothing beats this childhood classic even if it’s spicy and not everyone likes their chips spicy. 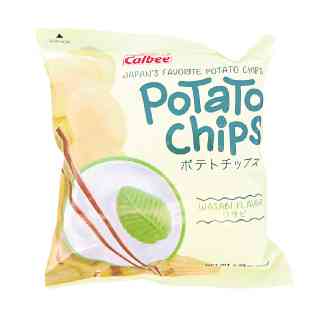 We love that these thick and crunchy potato chips may not show it but its wasabi flavor is pretty strong. 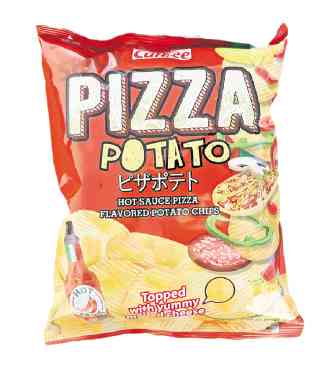 Their pizza flavored potato chips is good but this spicy version is really, really good. That tangy, spicy flavor goes well with the melted cheese on top of the chips. 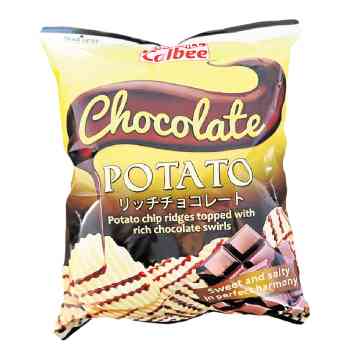 Almost like those Royce chocolate covered chips (but these are just drizzled in chocolate), these have the perfect balance of sweetness and saltiness. 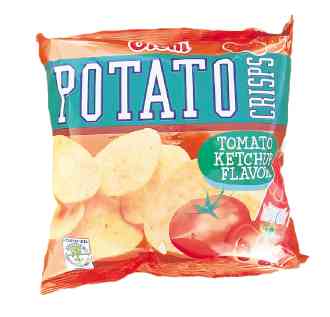 Reminding us of Pringles (which is a good thing) these crisps have an interesting sweet-salty flavor that we couldn’t stop once we popped one in our mouth. 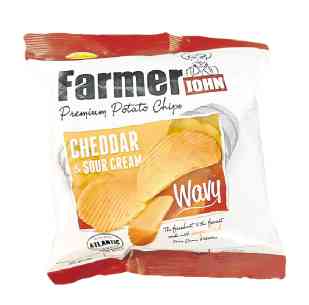 Each crunchy piece is coated in a tasty cheddar and sour cream-flavored powder, making it really addicting. We were done with the bag before we knew it.

Not for everyone—especially kids —’coz this one has a slightly bitter taste that’s actually good in a sophisticated kind of way.