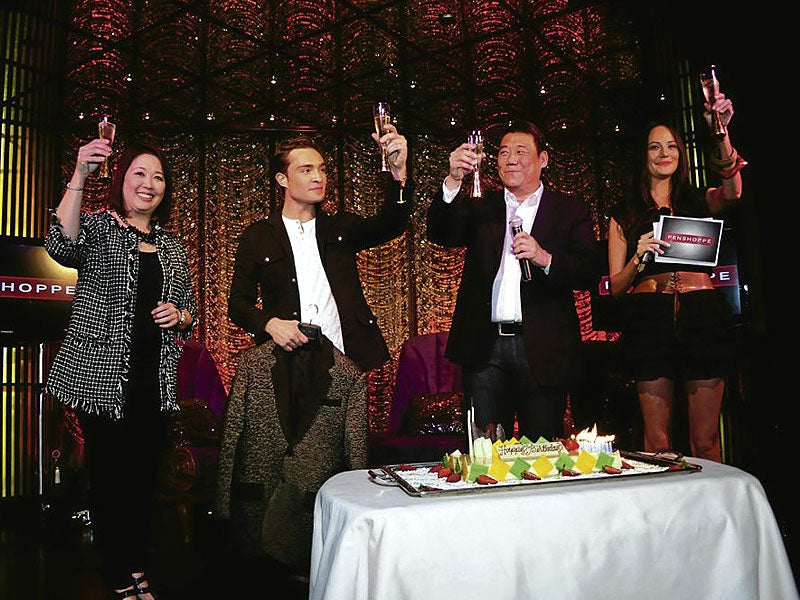 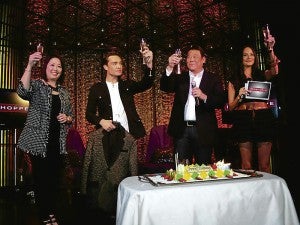 The term “swoonworthy” is an understatement. When Ed Westwick is just a few feet away from you, gamely answering questions in his charming British accent, it’s hard not to bite your lip every three seconds. Or start hyperventilating.

Yes, we know you love him; so do we. But the question is, how much? We’ve seen all those “OMG, I can’t believe I’m breathing the same smoggy Manila air as Chuck Bass” tweets from the moment he landed in Naia. Giddy fans waited outside The Peninsula Manila’s swanky Salon de Ning, hoping to catch a glimpse of the star. Writers and editors pushed tonight’s deadlines and braved the wrath of their bosses just to see him up close. (One even ran around the entire Greenbelt complex in four-inch platforms minutes before the press conference just to buy a voice recorder. Don’t ask me who it was, I’ll just deny it was me.) 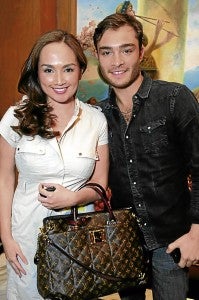 And for those lucky enough to spend twenty minutes ogling at him, it was definitely worth the wait. Casually clad in Penshoppe duds—white shirt, dark jeans, black canvas loafers and his favorite black coat from the brand—the “Gossip Girl” heartthrob singlehandedly reduced a roomful of hard-bitten journalists to a pile of gooey, giggly mush. And for darn good reason, too; completely different from the suave ladykiller we all know and love, Ed’s actually a cheerful and down-to-earth guy in real life, greeting everyone with a hearty “Hello! How are you doing?” Which just made the ladies love him more, if that’s even possible. Hard-bitten writers faltered under his warm, chocolate brown gaze, professing their undying fandom before asking their questions. Super went all out and asked the first question, but not before telling him the one inescapable fact that everyone who’s ever followed “Gossip Girl” knew: “You make bad guys look good.”

Similarities with his alter ego? “We’re both male, and we look alike,” he joked. “No, he’s such an amazing character to play; it’s so much fun… [and] he has a very unique and strong sense of dress. The difference is that I don’t ride in limousines that often. And the one thing he will never have is this English charm!” For his part, Chuck has taught him one very important lesson: “How not to mistreat women!” 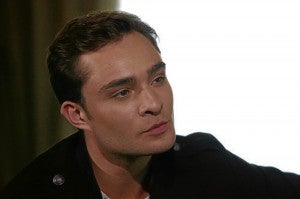 In the meantime, the fourth season of “Gossip Girl” has just wrapped up, and Ed’s keeping himself busy with big-screen projects, like the upcoming biopic “J. Edgar” that he’s done with Leonardo DiCaprio, and an adaptation of “Romeo and Juliet,” where he plays Tybalt, cousin to Hailee Steinfeld’s Juliet.

During his super short stay, he finished his awesome shoots for Penshoppe with noted Australian photographer Darren Tieste, rode a boat in Manila Bay, saw the Manila Skyline, and fell in love with a bamboo chair made especially for him by industrial designer Kenneth Cobonpue. Oh, and he finds Filipinas attractive. That’s actually enough reason for him to come back. No, really.

As a parting gift to his adoring crowd, he indulged one smitten writer’s request and uttered his famous line, “We don’t need passports. I’m Chuck Bass,” complete with sexy New York accent and smug, smoldering gaze.

And the entire room squealed for the nth time that night.