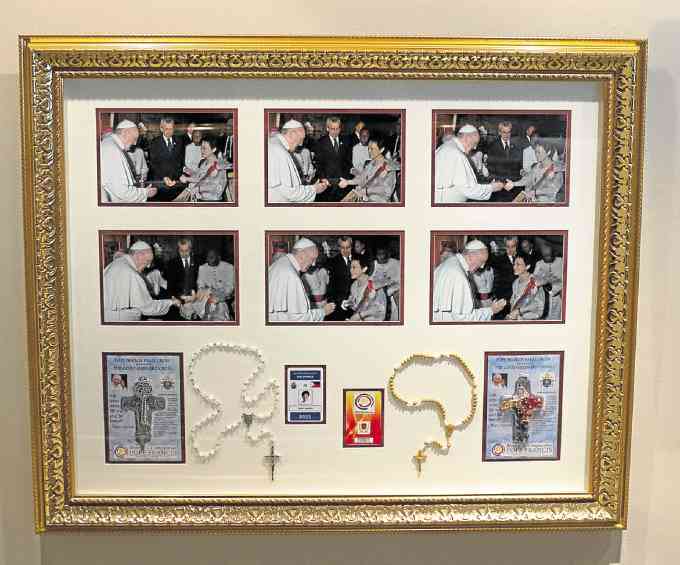 It’s been two years since Pope Francis visited the Philippines, but chef Jessie Sincioco still can’t get over it. After all, she was chosen to serve His Holiness during his stay at the Apostolic Nuncio’s residence in Manila.

Sincioco, whose restaurants include Chef Jessie Rockwell Club, Chef Jessie Top of the City, and the recently opened Chef Jessie Grill at The Grove, created four different menus for the four meals the Pope had at the nunciature. Although she was also in charge of preparing breakfast then, it consisted mainly of seven kinds of bread, cold cuts, yogurt and fruit.

“We baked them fresh daily so we had to be at the nunciature by 5 a.m. He really liked our focaccia (crusty Italian bread),” she recalled.

On Monday this week, Sincioco kicked off a month-long promotion at Rockwell where customers can order any of the four three-course menus served to the Pope. The total price of the full meal or specific dish will be donated to the Tulay sa Kabataan Orphanage, which the Pope visited during his trip.

An exhibit of Sincioco’s encounters with the Pope during the Papal visit and when she went to Rome is on display on the wall leading to the second floor. It consists of dozens of photographs—grouped into specific events, an Inquirer Lifestyle news clipping, and rosaries mounted on heavy frames.

“I plan to keep this on permanent display at the restaurant because I want people to remember the Pope’s visit and his plea: mercy and compassion,” Sincioco said.

Since the frames were hung late last week, those who have seen them have told her how moved they were.

Sincioco shared anecdotes about the four meals she served, including how the 30 specially grown perch (a type of fish) was delivered live, how much Pope Francis enjoyed the desserts like the flambéed mango à la mode (“he really liked ice cream, he scraped the bowl clean”), and how he asked for a third helping of clear essence of beef with herbed dumplings.

“The broth and dumplings must have filled him up really quickly, because he wasn’t able to finish the main course of pan-fried Chilean sea bass. He ended up just eating the risotto and grilled vegetable that came with it,” Sincioco recounted.

Sincioco also related how, for dinner one evening, she “augmented” the serving of Chicken Chimichurri by tucking extra portions under the chicken breast.

“The Holy Father’s Menu” is available at Chef Jessie Rockwell Club until Feb. 16. All proceeds will be donated to the Tulay sa Kabataan Orphanage. Call 8906543 or 8907630.