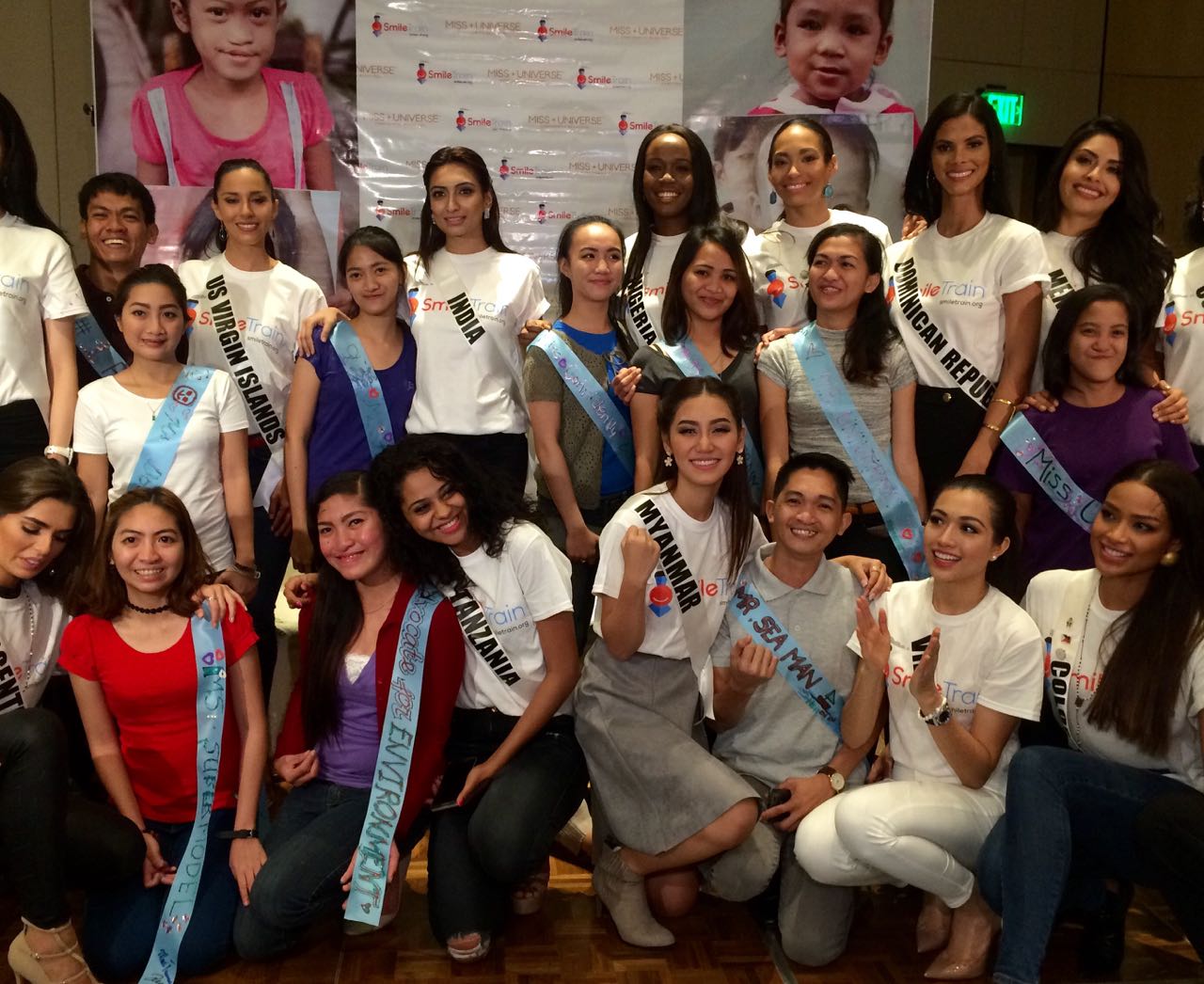 Miss Universe candidates and charity beneficiaries exchanged experiences and advice on Friday in an event hosted by the Smile Train, biggest cleft organization.

Miss Tanzania Jihan Dimack shared with the patients that she was bullied and had racist remarks thrown at her. An emotional Miss Haiti Raquel Pellisier, meanwhile, said “Don’t listen to the society, you can be who you wanna be,” and urged the patients to leave the past behind and fight for their dreams.

Despite her father’s protest that he wants her to be a doctor, Miss Myanmar Htet Htet Htun pursued her dream to be a beauty queen. For her part, Miss China Li Zhenying who was not really confident, continuously told herself, “You can do it, believe in yourself,” until she reached where she is now.

The candidates also visited Our Lady of Peace Hospital, one of Smile Train’s partner hospitals.

The titleholders were able to speak with the organization’s patients about the changes in their lives, dreams and ambitions, as well as the challenges they have overcome before and after their cleft surgeries.

They were also given the opportunity to learn more about the oganization’s sustainable models and interact with cleft patients, parents, social worker and medical professionals during their visit at the hospital.

A private Q&A panel at the Conrad Hotel followed after the candidates’ hospital visit and empowerment workshop.
“Smile Train is honored to be working with the Miss Universe organization to help raise awareness and bring more smiles to children with clefts,” Smile Train country director Kimmy Cosetang-Flaviano said in a statement.

Cosetang-Flaviano said that since the beginning of the partnership, “there has been great support and involvement from the organization’s international titleholders.”

Reigning Miss Universe 2015 Pia Wurtzbach in December last year revealed in an Instagram post that she is helping the foundation to give smiles to children with cleft, with the goal of raising 2,017 new smiles by 2017.

Inspired by the stories of cleft patients, some of the Miss Universe candidates said they will support Smile Train’s cause by volunteering and being active in the organization.