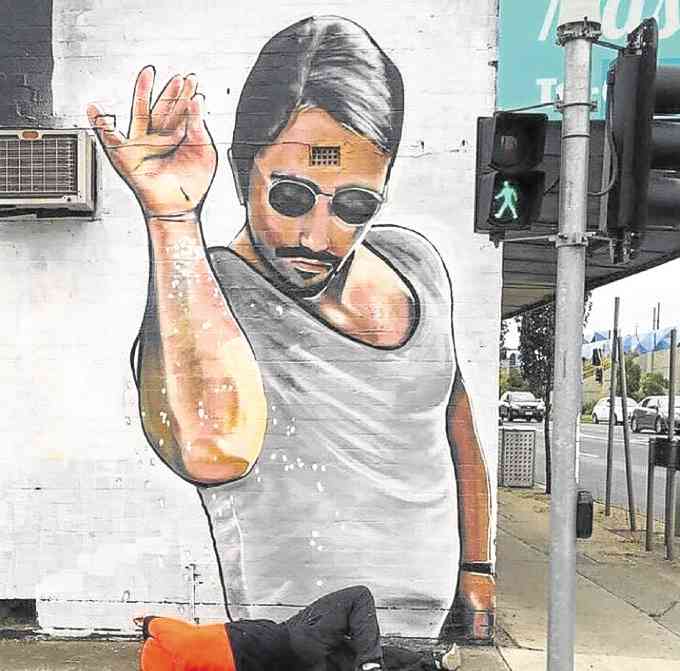 He handles them raw, shows them off with a gentle caress and gives them two good hard slaps. They’re on the chopping block when they’re done and tender, him running his blade through with the slick moves of a master.

Oh, and the climax, that magical salty sprinkle that’s bound to intensely whet appetites—but don’t let your imagination run away with you.

We’re talking about the making of a great steak, as well as 2017’s first meme-worthy personality, the sizzling hot Turkish butcher-steakmaster-restaurateur Nusret Gökçe.

Since the new year, the internet has been drooling over and going under a state of euphoria watching the self-styled “Godfather of Meat” serve up plenty of meat and muscle (interpret that, you pun-loving readers).

He posts photos and videos of meat lovers’ fantasies: tantalizing lamb chops, fall-off-the-bone beef ribs, piles of buttered beef slices, juicy steaks with a beautiful charred crisscross, grilled burgers with divine layers of cheese and patty, kebab that runs the length of a long metal shaft, hunks of sizzlers on the grill. There’s even something we never thought possible—meat being smothered and cooked(!) by another piece of meat.

Videos show the thirtysomething Nusret making a sensuous performance out of carving, slicing, salting and massaging meat rubs onto prime cuts at his co-owned restaurant named, but what else, Nusr-Et Steak House.

It’s a chain of restos in Turkey, with a branch at the Four Seasons Resort in Dubai and soon in London, too.

Gökçe’s Instagram @nusr_et has 1.9 million followers as of this writing. The latest clips have raked in 5 million to 6.5 million views already.

Not bad for a butcher who’s wistful at the sight of a poignant Al Pacino movie still, the actor hunched by a corner window looking pensive and worn out in his kitchen garb, from 1991’s “Frankie and Johnny.”

“That was me five years ago, looking out from the window to my future…” wrote Gökçe on that particular IG post.

Apparently his future would unfold as packed steakhouses, the diners’ reviews sparing no compliment for quality and service. Celebrities, captains of industry, emirati bigwigs and star athletes have come through Nusr-Et’s doors as well.

There’s also a farm, a meat factory, plus overseas expansion. Social media’s fascination is just the cherry on top for the chest-baring, tight-shirted meat expert whose Balbo beard shows he has “The Godfather” gangster swagger down pat.

He’s a culinary performer with a zany obsession for Don Vito Corleone. But, most importantly, he’s our #saltbae, a title reserved for the man who exercises his seduction skills by sprinkling salt on meat—in slow-mo.

Here’s a “Godfather” worth his delicious salt.