Digong and Leni are, in fact, friends–according to the Chinese zodiac | Inquirer Lifestyle ❮ ❯ 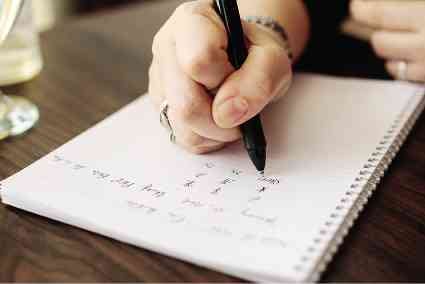 Digong and Leni are, in fact, friends–according to the Chinese zodiac

The unabashedly outspoken President Duterte and the quietly intelligent Vice President Leni Robredo may both have fire signs on their birth dates, but instead of an incendiary relationship, their signs would make them work “on a friendly level.”

“Had both of them been Yang, they would be fierce competitors. Yin to Yin would have also made them competitors. This is what happens when two signs are of the same polarity.  But Yin and Yang work on a friendly level,” she explained.

Alog, one of three Filipinos whose names appear on the roster of graduates of Hong Kong-based feng shui grandmaster Raymond Lo, said this means Robredo’s more reserved disposition is not expected to clash with that of the chief executive.

Mr. Duterte is typical Yang Fire, Alog notes. “Yang Fire is like the sun. He wants to be the center of attention. Usually maingay at talagang mag-iingay siya para mapansin, just like the sun,” she told  Lifestyle.

Feng shui masters would need a person’s time of birth,  with his birth date, to draft his “Four Pillars of Destiny,” or the four animals of the Chinese zodiac that correspond to his birth year, birth month, birth day and birth hour. From these pillars, a comprehensive picture of his behavior and likely future could be drawn.

Since the time of Mr. Duterte’s birth is unavailable, Alog made do with his birth date. The President, she said, was born in the year of the Rooster, the month of the Rabbit and the day of the Monkey.

There might be a bit of trouble about the President’s health in the incoming Year of the Fire Rooster (Jan. 28- Feb. 15, 2018), she said, because the Rooster and the Rabbit are clashing signs in the Chinese zodiac.

She added that a person’s birth month indicates “the way he runs a business. If we will gauge the way he will run the country, the Rabbit’s influence, since it is now clashing with the Rooster, means definite changes, turbulence. Politically, puwedeng magkaroon ng disturbance.”

Another thing Mr. Duterte must watch out for is the presence of the Illness Star in the northwest sector this year.

The Illness Star is among the nine Flying Stars that feng shui masters have diligently observed for the past 10,000 years. Each star has characteristics and brings a specific kind of energy to the sector it occupies for the lunar year.

The Illness Star in the  northwest sector for the year, Alog said, could mean health issues for the President.

“It falls in the direction that affects fathers—whether patriarch, father, the eldest male member of the family or the head of an office. As the father of the Philippines, he should be very careful, especially given his advanced  age,” she explained.

The Illness Star also visits the south sector in March, which is the Chief Executive’s birth month.

“This is the worst possible combination. And this would repeat in January 2018,” Alog said.

Feng shui expert Princess Lim Fernandez, in a huddle with reporters at New World Hotel, described the Illness Star as a “backstabber.”

She suggests that Mr. Duterte fill the northwest side of his office with brass—

an alloy of copper, tin and zinc—to counteract the effects of the Illness Star. Copper has natural antibacterial properties, Fernandez said. “That’s why almost all doorknobs are made from it.”

But the Philippines, being in Southeast Asia, enjoys the energy of the Prosperity Star this year, Alog noted.

“We can say that we are influenced by a good star; there is optimism. Happiness is in the southeast sector,” she added.

Robredo was born in the Year of the Snake, the month of the Dragon and the day of the Sheep.

“Right now, her luck pillar is governed by the Yin Wood Rooster, which is not favorable for her,” Alog warned.

Robredo’s birth hour is also not available, but based on the vice president’s birth details, Alog said that should Robredo finish her six-year term, the last four years “would be favorable to her.”

There may be challenges at work, but being born on the month of the Dragon also works to her advantage.

“The Dragon is in a very good position this year. Dragons have the Emperor Star, which means whatever project they start, they can finish. They can do practically anything because they have the influence of really good stars,” Alog explained.

Being a Yin Fire person also means Robredo is “mabait, but Yin Fire people are the kind who keep their anger to themselves.  But once they cannot hold back anymore, kaboom,” the feng shui master warned.

“His self pillar is Yin Earth, he will really face so many challenges. But for the Ox, kahit very challenging, there are some good stars that will help him in problem-solving. Especially this January, there will be challenges but he would be able to handle all the pressure,” Alog said.