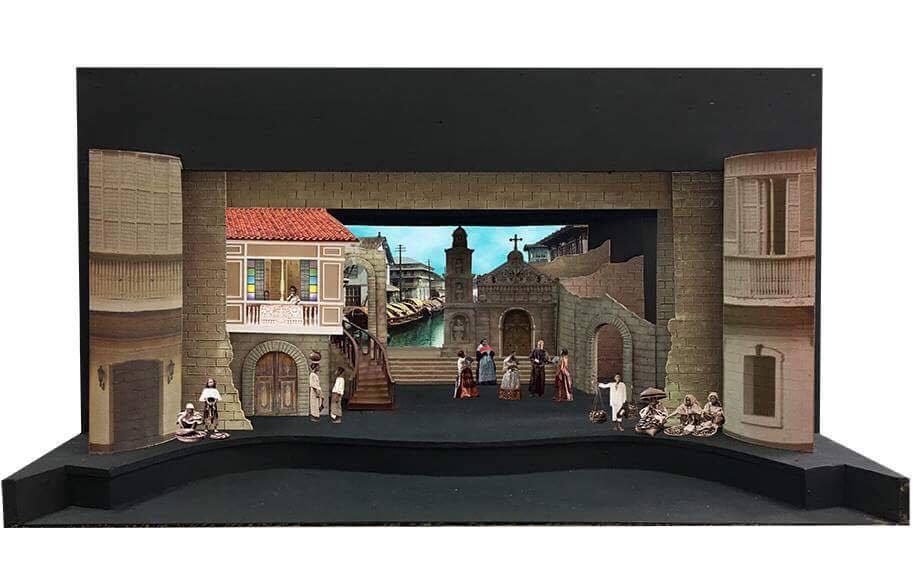 A “Chinoy” from Binondo, Manila, Jerry Sibal had been a folk dancer since he was 16 when one day a kind of Joycean epiphany occurred and he decided to leave Chinatown, eventually making his way to New York where he attained success in various fields, especially the special events business where his firm turned out original designs and concepts for each client.

In 2013, while planning the staging of “Noli Me Tangere—The Opera” at Resorts World Manila, producer Loida Nicolas-Lewis asked Sibal to join the production’s finance committee and, as it turned out, he was the one who managed the whole production.

The successful staging in 2014 of the opera adaptation of Rizal’s masterpiece by National Artist for Music Felipe de Leon, with libretto by another National Artist, Guillermo Tolentino, led to Sibal’s decision to mount another, and bigger, production under his own outfit J&S Pro ductions. And this time he is the director, artistic director, stage, scenic and costume designer.

After acclaimed runs in New York and Washington DC, “Noli Me Tangere—The Opera” will be presented anew at Cultural Center of the Philippines (CCP) for a six-performance run Jan. 28 to Feb. 3 (call CCP Box Office at 8323704).

There will be more than 200 singers, musicians and crew, and 16 scene changes. The newly-formed 53-member Noli Symphony Orchestra led by conductor Herminigildo Ranera will provide the music. The lead roles are played by tenor Ronan Ferrer as Ibarra, Bianca Camille Lopez as Maria Clara, Stephanie Anne Aguilar as Sisa, John Andrew Fernandez as Padre Damaso, Greg de leon as Elias, Mari Yapjoco as Basilio and Santino Juan Santiago as Crispin.

“It will be a full presentation,” said Sibal in an interview with Lifestyle Arts and Inquirer.net. “I want to portray, expand the novel and present it in such a way that the Filipinos will appreciate it, the opera and the story. The technology will be modern, with digital projections of the whole text in English. I am half-Filipino and half-Chinese, so I will put in the Chinese merchant who was at the start of the Noli and who has not been presented in the past.”

Why is he directing the show himself?

“I have worked with several directors and I have another type of vision,” he said. “It’s hard to work with other directors, different visions, differences. It always happens between producers and directors.” Assistant director is Jeffrey Camañag.

As producer, Sibal said the most challenging part was to raise P35 million just for six shows.

“I want to present [the opera] in a way that will make Filipinos proud,” the director who wears many hats noted. “I feel I have a mission to accomplish, to dignify the Filipino.” —CONTRIBUTED