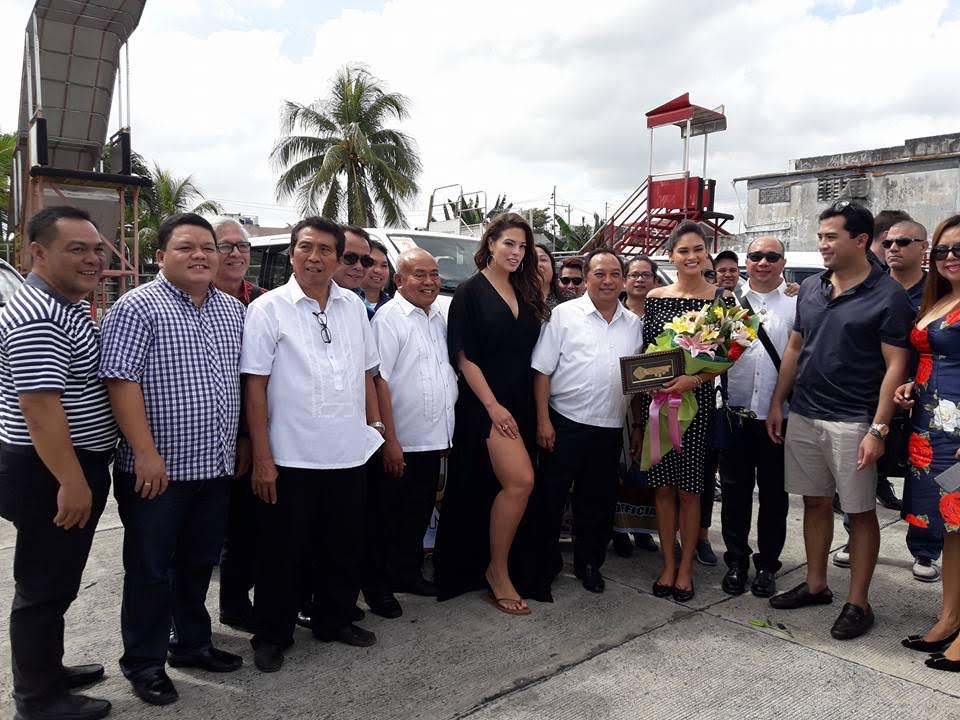 Pia Wurtzbach makes surprise visit to Bohol; fans dismayed at not seeing her

Wurtzbach arrived at the Tagbilaran Airport around 10 a.m., along with Miss Universe organizers and plus-size model Ashley Graham, backstage host of the pageant.

She was met by provincial officials led by Gov. Edgar Chatto and Vice Gov. Dionisio Balite.

At the airport, Wurtzbach was given a symbolic key to Bohol.

Since it was a surprise visit, many fans were dismayed they didn’t get to see her.

“I am one of the millions all over the world who shared in the great joy when Pia Wurtzbach was crowned Miss Universe 2015. However, I was dismayed upon viewing the photos of Pia’s Bohol visit today spreading in social media and not having the opportunity to see in person the woman who has gained the admiration of many,” said Miss Tagbilaran 1987 Fiel Angeli Araoarao-Gabin.

Another fan, LJ Laquinta said that Boholano fans should have been given the chance to see her since there was no Miss Universe event staged in Bohol.

“The Miss Universe 2016 candidates didn’t come here since Bohol was not part of their itinerary … they didn’t have to hide Pia from us” he said.

There was no motorcade for the Miss Universe. She, instead, went directly to work.

According to sources, Wurtzbach was in Bohol to shoot a video for the Department of Tourism to be used for the Miss Universe 2016 coronation night on Jan. 30.

It was still unknown which tourist attraction she would be visiting, since details of her trip here were kept under wraps.

But it was expected that Wurtzbach would visit sites such as the beaches on Panglao Island, Loboc River, Chocolate Hills and the viewing and care centers for the tarsier.

“She will like the balmy weather here,” added the Capitol employee.  SFM