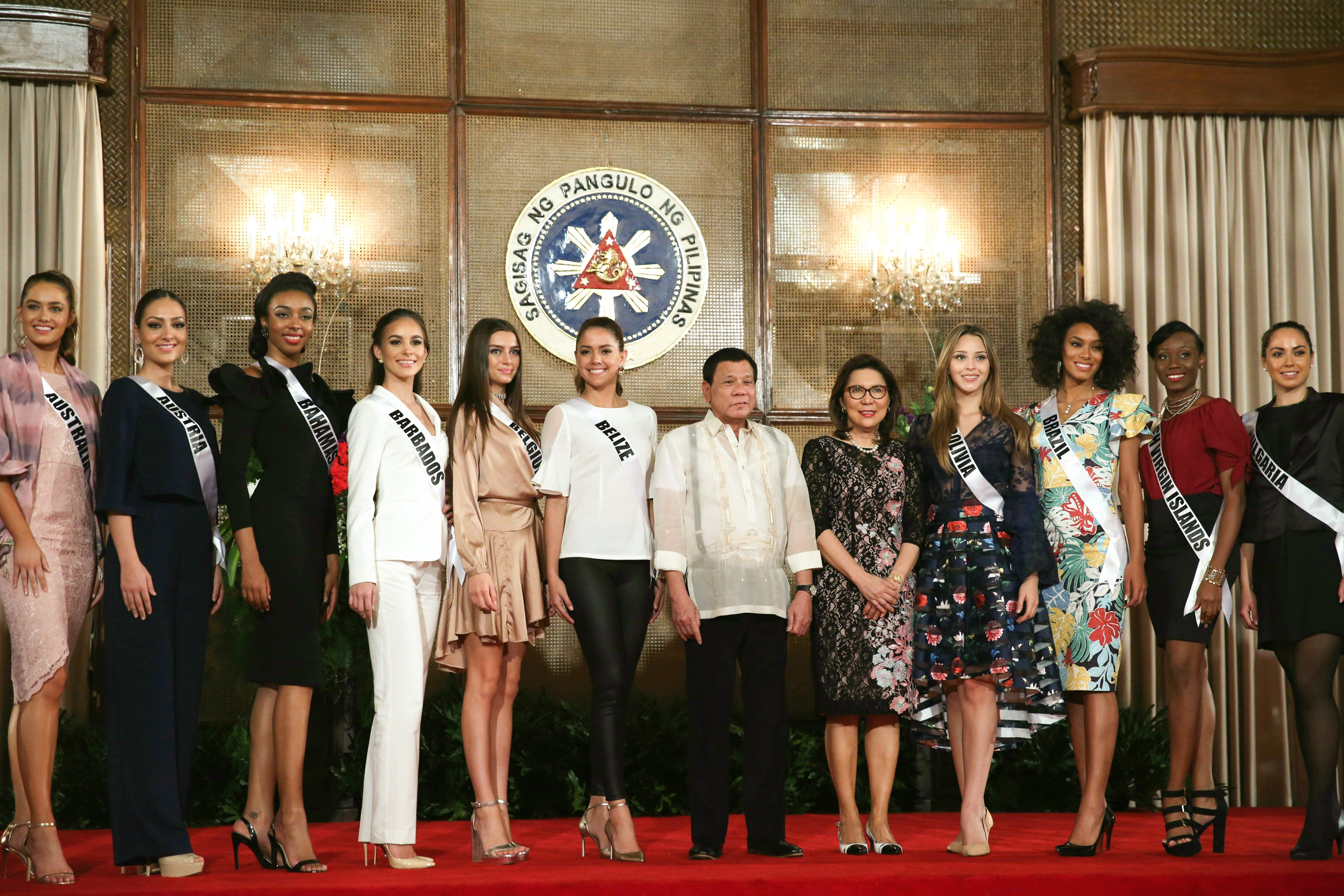 President Rodrigo Roa Duterte and Tourism Secretary Wanda Teo are flanked by candidates of the 65th Miss Universe during a photo session at the Rizal Hall in Malacañan Palace on January 23, 2017. RICHARD MADELO/ Presidential Photo

Regular work schedule will be observed on Monday, January 30, after Malacañang refused to declare it a nonworking holiday for the 65th Ms. Universe pageant in Pasay City.

Executive Secretary Salvador Medialdea, in a statement, said January 30 will still be a regular working day.

Medialdea added that January 27, a day before the Chinese New Year, is not a holiday.

Quezon City Rep. Winston Castelo earlier urged President Rodrigo Duterte to declare January 30 a holiday to allow more people to watch the Ms. Universe pageant and get a respite “from all the political noise.”

The coronation night of the Miss Universe will be at the SM Mall of Asia Arena, with Philippine bet Maxine Medina hoping to score a back-to-back after Pia Wurtzbach won the title in 2015.  IDL