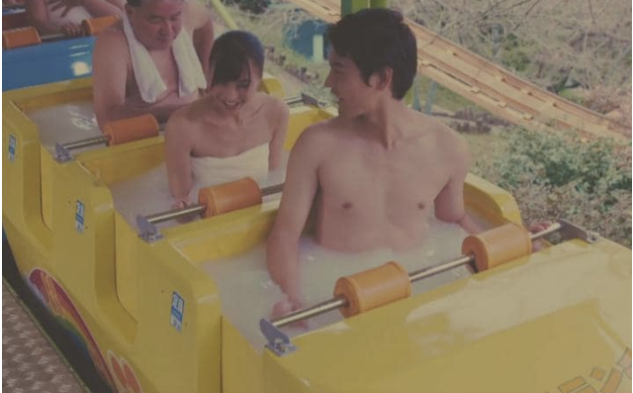 It may sound absurd and completely unnecessary for some, but soon we may be able to ride the world’s first hot tub roller coaster.

The seemingly bizarre combination, which was first pitched by the city of Beppu in Japan’s Oita Prefecture last November, is now seeking 100 million yen (over P43 million) in crowdfunding money to make this a reality, RocketNews reported.

Through a promotional video, town mayor Yasuhiro Nagano said he would build the “spamusement” park if the clip receives a million views.

As expected, the internet responded to his plea with gusto and even doubled the mayor’s quota, garnering over 2.8 million views since its initial posting.

However, it seems like the city does not intend to shoulder the bill of the park’s construction, and is now looking at outside donations from anyone who’s willing to shell out some cash.

Although the park is sure to boost Beppu’s tourism industry, Nagano insists that the government will not use a single yen of tax money for its construction.

Instead, the city will seek the aid of Japan’s version of Kickstarter, called “Campfire”, an online funding platform which provides funds for innovative projects through crowdsourcing.

Beppo’s Campfire funding is scheduled to start on February 10 with a target deadline of July 29, also the projected date when the park will be opened to the public.

Details and specifics of the park’s facilities have yet to be announced, but those who contributed would reportedly receive first dibs on tickets, or at least get discounts upon admission.

Nagano, meanwhile, is optimistic that the “spamusement” attraction would be a huge success, drawing more tourists to the small town.

“The expectations are big for Yuuenchi. We’re hoping to create something that will live up to those expectations, delivering fun and excitement,” the mayor was quoted as saying in the report. Khristian Ibarrola