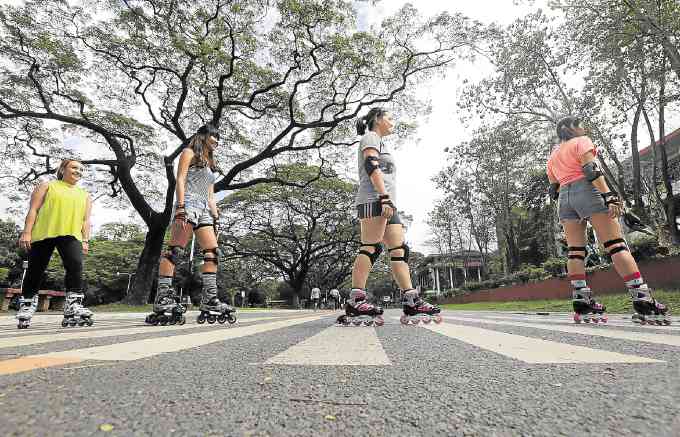 On Sundays, we skate

The club started in early November 2016. While my friends (and co-founders) June Digan, Tin Espinas and I were walking around a neighborhood somewhere in the south, we noticed that their streets were wide—so walkable and “skateable!” Since we had to trek to a place far from where we were, we had to walk, unless we were willing to face the traffic in a car. While walking, we reminisced about the ’90s, and the things we, as kids, used to do, like rollerskating or rollerblading.

Skating was popular when I was in grade school. There were days when my siblings and our neighbors would skate right after school ’til 6 p.m.! Literally, our street would be filled with kids skating. Some would even share skates and take turns using them.

After our walk in the South, we went straight to a mall and tried on some skates. We didn’t buy skates right away because there were very few options— colors and sizes. The store staff said it had been a long time since someone bought, so they didn’t restock.

Within the week, all three of us had already purchased our own pairs! On Sundays, We Skate was born. 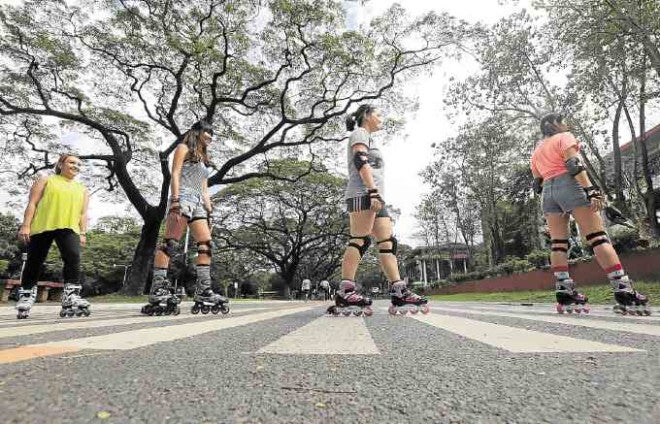 More friends, mostly from the craft and art circle joined in: Mikko Sumulong, Macy Alcaraz, Alessa Lanot, Ninna Mendoza, Dina Ledonio and Germee Abesamis. Friends and relatives were invited and they joined in as well. We had a session in Batangas, too!

The charming part is that most of the members are better skaters than the founders! They teach me how to stop, turn, and do all sorts of tricks. It’s really funny, but I think that’s what makes our skate sessions so enjoyable. Members are not pressured. We admit we’re not the best, but we might just be the ones having the most fun!

These days, sessions are at the University of the Philippines oval. It’s so spacious, and we love being surrounded by all the trees. 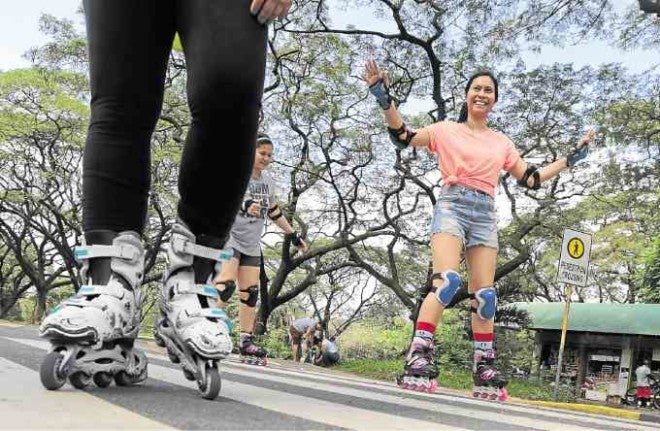 Props to Mikko for being the only member (except for me) who has been present in all sessions! Actually at the very first official session, Mikko was the only member who showed up! You know a friend is a keeper when she supports all the clubs you try to form!

One thing I love about On Sundays, We Skate is that I see my friends having a good time, goofing around and not minding how they look like. Dripping with sweat, messy hair and all. They look really beautiful when they are happy! Normally, I’d just see them crafting, making art, holding workshops, teaching crafts. So, skating outdoors with them is quite a refreshing change. As a club, we want to show people that crafters also love the outdoors! We up our skate game by personalizing our skates using washi tapes, acrylic paint and markers.

Last year, I promised myself that I’d work on acquiring new skills and not just craft-related ones. I wanted to learn how to drive a motorbike, use spray paint, and rollerblade—stopping without falling. I truly believe that learning a new skill, and feeling happy about it is another form of beauty. It’s not just about looks. Happy girls are the prettiest.

Skating reminds you be young, happy and beautiful even if you are sweaty! It brings out your carefree version, even if you are in the city plagued by traffic, long, stressful days and pollution. 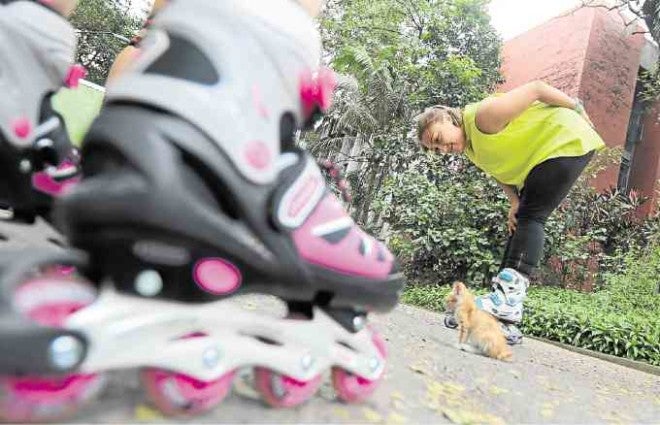 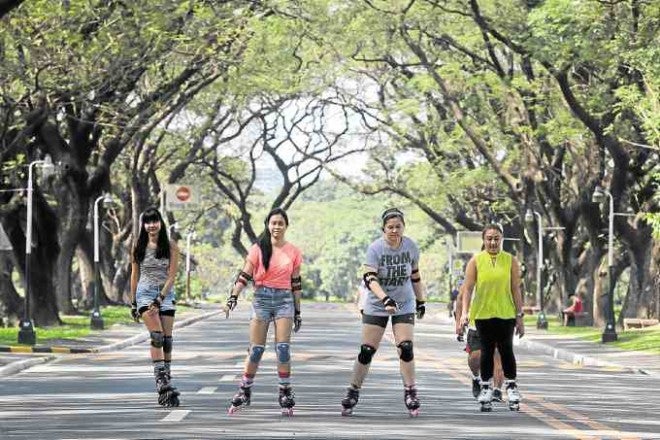 A normal On Sundays, We Skate session has three rounds. First is the warm up round. Members go around the oval alongside joggers and bikers. Second is the food trip round. Members try the street food. We scarf down dirty ice cream, corn or whatever else we happen upon. The third and last is the cool down round.

We don’t have any planned activity. We just go around, explore, goof around. We talk about life, what have you. We also have picnics after the sessions!

Beginners are most welcome! We only have a few rules—one of which is that you can skate alongside the group using anything, as long as it has wheels and is not powered by a machine. 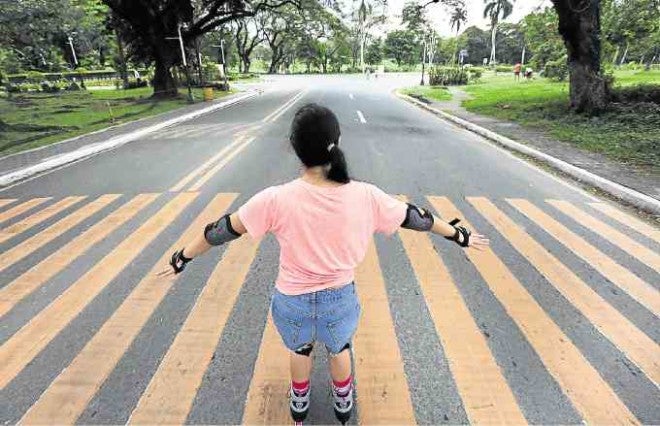