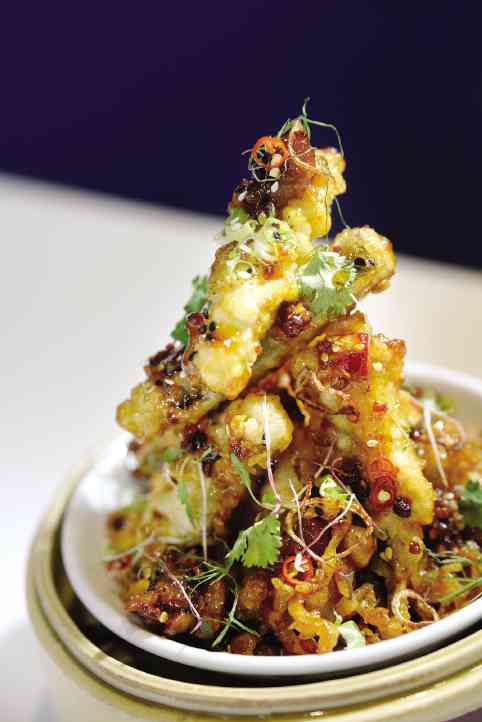 You’ve never had Chinese food like this before. Ping Pong Diplomacy is the newest restaurant from the Tasteless Group, the same company that brought you Hole In The Wall, Le Petit Soufflé, Bad Bird, FowlBread and more.

“We wanted to make a Chinese-American concept. It’s a different take on Chinese cuisine. We want to surprise people,” said Charles Paw, the Tasteless Group’s CEO.

Ping Pong Diplomacy isn’t just a restaurant, it’s a history lesson. The name is a nod to the exchange of table tennis players between China and the US in the ’70s, a major step in thawing the relationship between the two nations during the Cold War. “My challenge to chefs Noel Mauricio and Him Uy de Baron was to go back in time and think of Chinese food. Don’t look at cookbooks, I told them. I wanted their impression of Chinese food,” Charles said.

The delightful result is a mix of the old and the new—even when it comes to the interiors. “We have hipster elements but we have that Binondo look too with outside sitting and a takeout counter.”

Charles and his team have more deliciousness planned including bao that people can buy through the takeout counter. “We’ll be serving Chinese burgers in two weeks.”

The dine-in menu features a small plates and big plates. Confused by the options? Charles suggests that you order two small plates for yourself and then get a few big plates for the group to share. “Then finish everything off with rice or noodles.”

Happy ending: It will be a challenge but make sure you leave space for dessert. Chef Miko Aspiras’ foray into Chinese desserts has resulted in sweet treats that you absolutely have to try. “I used my instincts. I wanted Chinese flavors like five-spice, cinnamon and the traditional black sesame, taro, ginger. The ingredients are Asian, the techniques are Western.” His Fortune Balls (taro, ginger, sesame mocha, sesame crumble, pistachio cream) are as good as they look. “I like the texture, it’s chewy. I think the pistachio cream binds it all together,” said Miko.

And our favorite Jicama Pie (puff pastry, jicama compote, five spice ice cream) was so divine it made sharing a struggle. Singkamas has never been this mighty. “There will be more desserts,” Miko said. “We will also have hopia ice cream and cheese custard bao.”

Secret tip:  Once you eat all your Typhoon Shelter Grilled Prawns, your waiter will whisk away the dish and return with a surprise: the chefs in the kitchen will use your leftover crispy garlic to make spicy garlic rice that you won’t find on the menu. Enjoy!