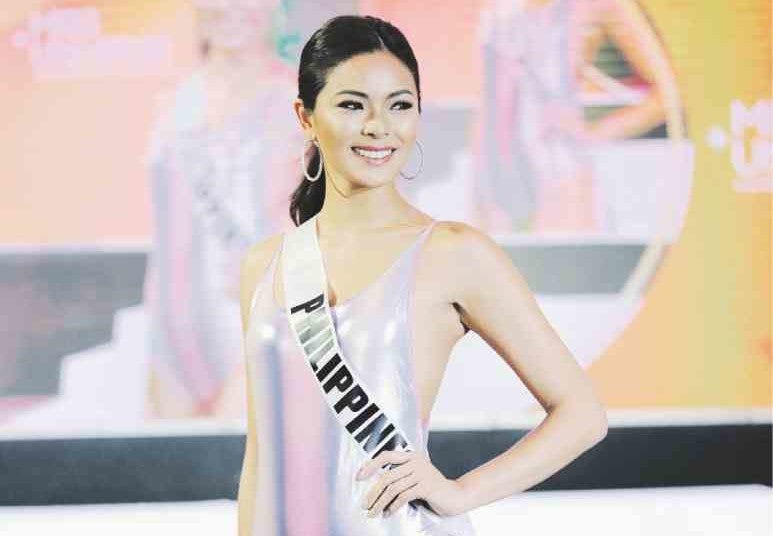 Aside from funerals, pageants are perhaps the most superstitious endeavor of man. If you read blogs and forums long enough, you will notice several beliefs far-fetched but, amazingly, historically grounded.

These come from the urge to better predict whether a candidate will place at the pageant. For Filipinos, the most essential question now is: Does Maxine Medina stand a chance?

Miss Universe 1969 Gloria Diaz said “No,” an answer that shook the pageant world. She noted Medina’s chances were “one in a million.”

She did clarify that she was not doubting the Philippine delegate’s abilities, only the political scandal that would ensue if we win this year—“It will be a shock” (as Olivia Culpo’s victory in 2012, a reference we cannot let go because mesheket).

Safe was Miss Universe 2015 Pia Wurtzbach’s response to the issue, during a side event at Pico de Loro Beach and Country Club in Nasugbu, Batangas.

“You know, there are 86 candidates and I think all of them have an equal chance of winning the crown,” she said. “The place doesn’t matter. A back-to-back has happened before.”

We didn’t stop at quotes, though. After weeks of obsessing about facts and a failed attempt at mastering odds and probabilities, we list data that might just inform your own deductions about Maxine’s chances.

[1] The hometown girl has won the crown seven times. See Table 1. However, she has also been snubbed in 15 editions. [3] At Miss Universe, the strongest sash factor—when delegates get a boost because of the country they represent—are with USA, Venezuela and Philippines, per Sash Factor. To see these territories’ all-time performance, refer to Table 2. [5] Pia’s determination made it possible for her to bequeath the Miss Universe crown in her homeland. It has happened 11 times before this edition. Has the girl that represented the host country fared well? Results are mixed. Oh no. See Table 3.