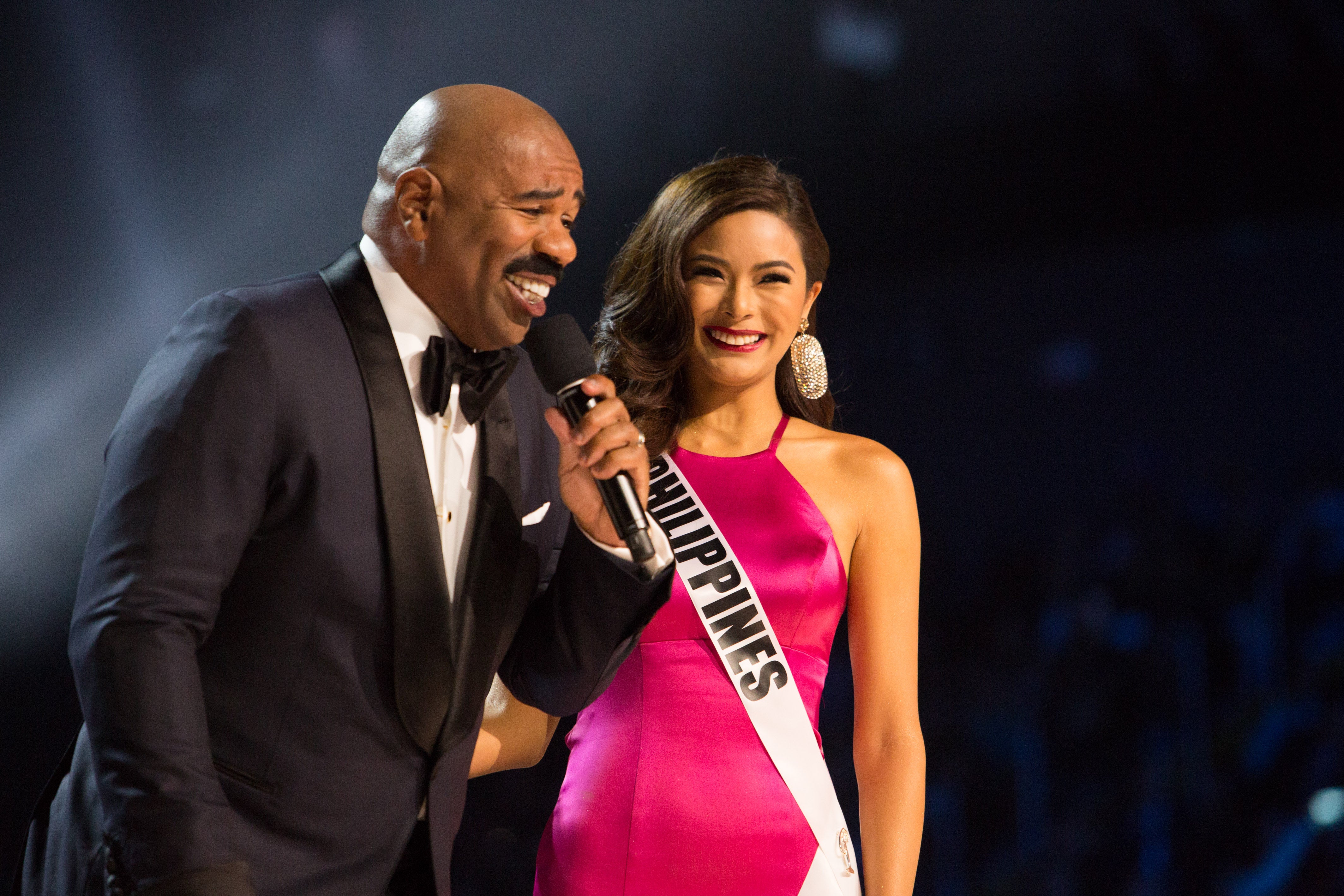 No back-to-back for Philippines in Miss Universe

It was not a back to back win for the Philippines.

The country’s bet Maxine Medina failed to get in the top three during the main competition of the Miss Universe on Monday at the SM Mall of Asia Arena.

Maxine was not announced as among the top three after the question and answer portion.

The top three was announced by Steve Harvey who came back to host this year’s Miss Universe after the controversial mix-up last year.

Despite failing to get in the top three, Maxine slayed during the swimsuit competition with the host saying Maxine made history for making a back to back Top 13 finish for her country.

The combacking host Harvey lauded the Philippines for being the best audience of the Miss Universe.

“I am blown away… In the Philippines you’re the greatest fans in the world,” Harvey said.

Mickey Boardman, a judge and an Editorial Director of popular fashion and pop-culture magazine PAPER, said Maxine was among those who stood up during the swimsuit competition.

Maxine sizzled on stage during the evening gown competition in a red flowing gown glittering with sequins.

Maxine had vowed for a back to back win for the Philippines, following Pia Wurtzbach who won the most coveted crown in December 2015.

Harvey made a joke that everytime he is set to read a card, he scrunches up his face to make sure he is getting it right.

“Every time I read up a card, I scrunch up just a little bit,” Harvey said, making the audience laugh.

Harvey said his second chance to host the pageant is his “confidence booster” and he is set to make sure he doesn’t make a mistake again.