A darker Riverdale–and we like it | Inquirer Lifestyle ❮ ❯ 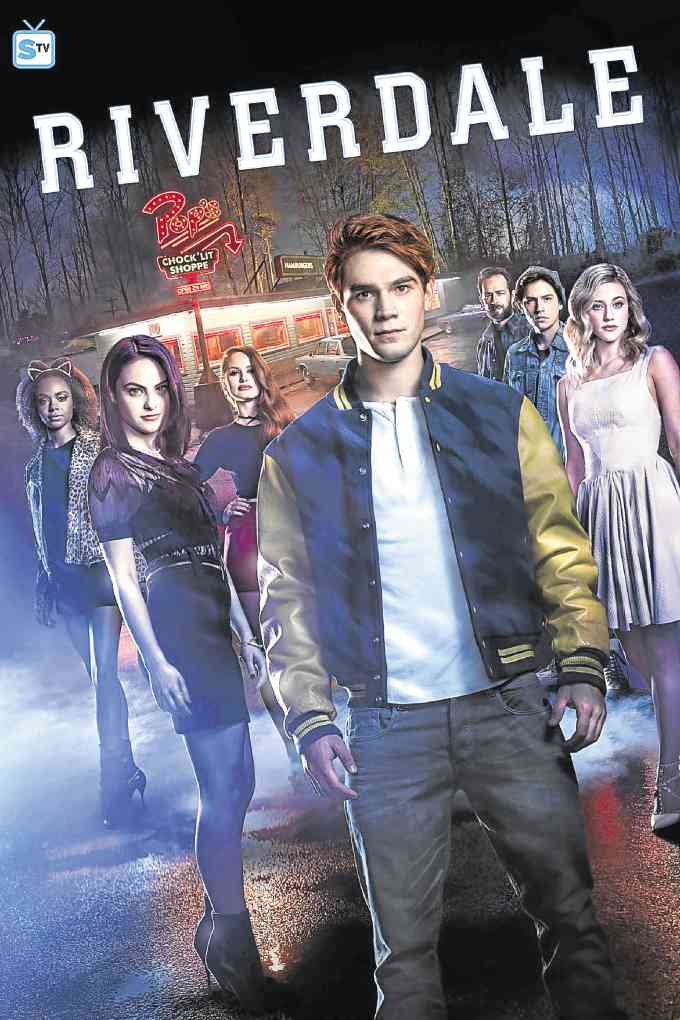 This is not the “Riverdale” you grew up with.

Veronica is Latina, Pop Tate is  African-American and so is Josie and the Pussycats, Reggie and Dilton are Asian, Moose isn’t enormous, Betty is on Adderall, Mr. Lodge is in jail, Archie’s father is Luke Perry and he is sleeping with Miss Grundy. Archie, not Luke Perry. Jughead and Archie aren’t best friends. And Jason Blossom is dead.

Oh yes, in the CW series which has been picked up by Netflix, the good old gang has bigger problems to deal with than Jinx Malloy showing up and bringing bad luck to everyone in his path.

It is a more sinister Riverdale than the one in the pages of the Double Digests you saved up for to buy at Filbar’s. Even the Chock’lit Shoppe leaves you with a sense of foreboding.

Although occasionally featuring the gang on misadventures with kidnappers, burning buildings and time travel, for a really long time, the world of Archie seemed stuck inside a bubble. But Archie Comics CEO Jon Goldwater has led its renaissance, continuing to produce comics in the old format while also taking risks and surprising Archie fans with changes big and small. “Life With” Archie explored Archie’s future in parallel worlds: one in which he marries Veronica and the other where he weds Betty. In 2010, they introduced Kevin Keller, Archie Comics’ first openly gay character. Mark Waid’s reimagining of Riverdale, which began in 2015, is modern and refreshing. And Roberto Aguirre-Sacasa’s “Afterlife with Archie” brought an exciting and gory addition to the gang: zombies.

The renaissance of Archie continues with the TV series. Aguirre-Sacasa, who is Archie Comics’ Chief creative officer, is the show’s creator, showrunner, writer and executive producer.

What happened to Jason? Why did Jughead and Archie stop being best friends? And when will we get to see Shannon Purser (Barb from “Stranger Things”) play Ethel?

One episode in and we’re hooked—we definitely want more.

Watch a new episode of “Riverdale” every week on Netflix.