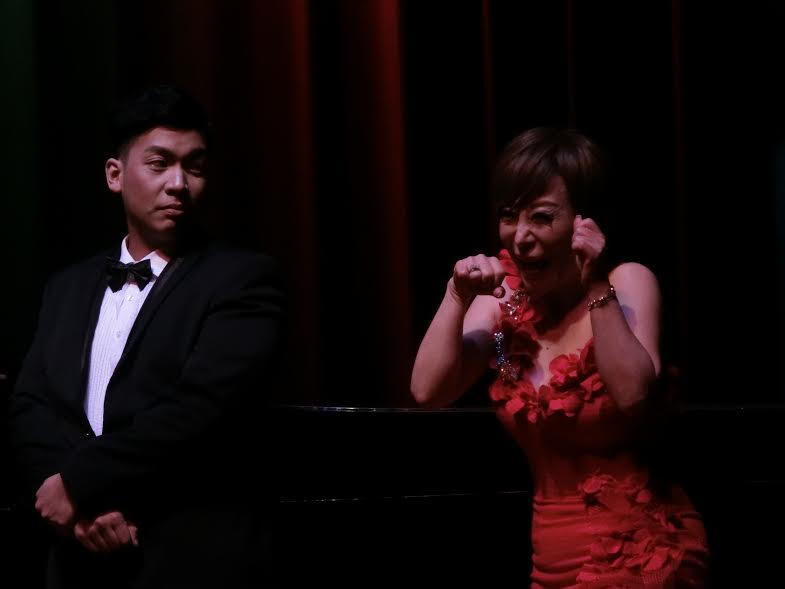 Sumi Jo triumphs in two vocalises by Ravel and Rachmaninoff

Singing Rachmaninoff’s Vocalise is tough enough but Korean diva Sumi Jo added one more by Ravel (inspired by the “Habanera”) in her Meralco Theater recital Feb. 7 and emerged doubly triumphant.

The pieces have no text and are sung to a vowel of the singer’s choice.  In the Ravel Vocalise, the soprano’s vocal line was a revelation as she managed the scales, trills and staccato passages with aplomb. Pianist Najib Ismail was equally mesmerizing as he lived up to the piano part.

The recital covered rarely performed music from England, France and Italy, including a rarely heard Nocturne by Filipino composer Francisco Santiago interpreted with such deeply moving lyricism by Ismail.

She had two guests artists, flutist Tony Maigue and tenor Paul Dominique Galvez, who contributed to a well-balanced program rich in variety.

The recital opened with Benedict’s “Gypsy and the Bird” with stunning flute obbligato from Maigue.

There was such piquant elegant phrasing in Purcell’s “Music for a While” and returning with clear coloratura flourishes in Rossini’s “La Pastorella d’Alpi.”

Galvez lived up to the part in Donizetti’s “Cuanto e’ Bella” from “Elisir d’Amore.”

She closed the program with “Sempre Libera” (from “La Traviata”) and drew more deafening applause that shook the theater.

It inevitably resulted in four encore numbers: “O Mio Babbino Caro” (from “Gianni Schicchi”); a Korean folksong in which accompanied herself; a hilarious number; Rossini’s “Duetto Buffo di Due Gatti” (“Humorous Duet for Two Cats”), which she rendered with the guest tenor; and Schubert’s “Ave Maria” which put the audience in a very prayerful mood.

From Purcell to Rossini, from Bellini to Donizetti, from Verdi to Rachmaninoff, Sumi Jo showed her audiences that singing was not just about operatic arias. The simple songs beautifully sang were just as delightful and gratifying.

Journalist Alya Honasan: “What a beautiful, beautiful show by soprano Sumi Jo with flutist Tony Maigue, pianist Najib Ismael, and tenor Paul Galvez. What a gift! Her ‘O Mio Babbino Caro’ from Puccini made me cry!”

Film critic Mario Hernando said the Korean diva’s performance left no doubt that the singer was a true bel canto interpreter of the highest order.

Filmmaker Carlitos Siguion Reyna said: “It was a wonderful concert and it’s really great that she donated her services for the benefit of the NGO for the street kids. Her heart is as large as her talent and artistry.”—CONTRIBUTED