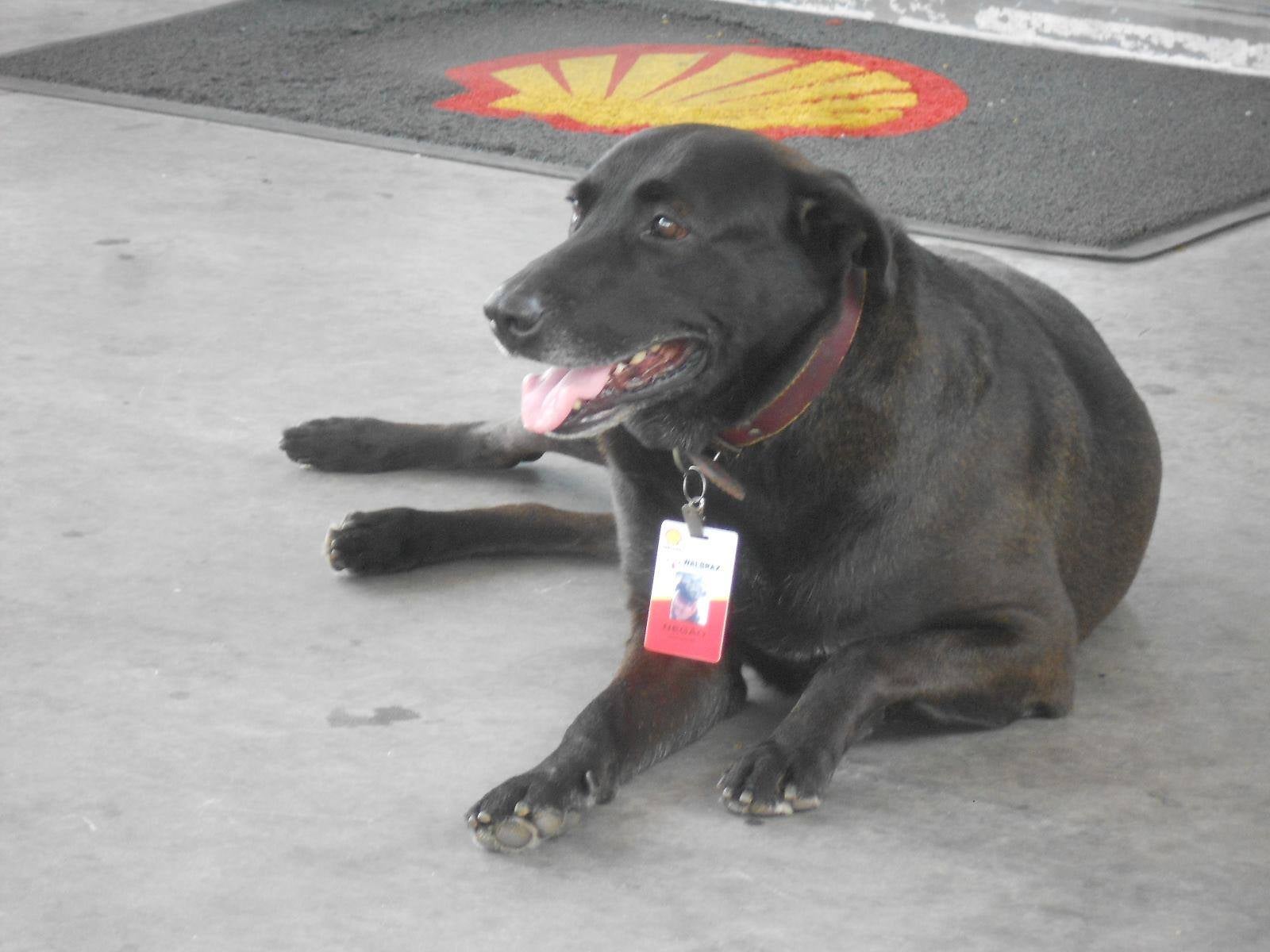 A gas station in Brazil has employed dog that had been abandoned by its owner.

It all began when Sabrina Plannerer bought a Shell petrol station garage in Mogi das Cruzes, Brazil. While examining the area, she and her partner found Negão, a neglected young canine who was “scared” to abandon the gas station where his owner apparently left him.

Instead of sending him away, Plannerer did not think twice about adopting the stray dog.

“We adopted him immediately and got him all the care animals need,” Plannerer told The Dodo. “We took him to the vet to get vaccinated and de-wormed. We bought him food, a dog house, and a leash to take him on walks.”

Now a grown-up pooch, Negão joyfully greets loyal customers at the gas station while wearing his own staff ID as a full-time worker.

Plannerer added, “Negão waits for people to arrive, and then goes up to say hello, winning them over with his charms. Customers love him. Some people even bring him toys.”

“It’s been sensational, encouraging people to have more respect for animals,” a spokesperson for the animal welfare group told the news site. “And workers enjoy having the companionship of a four-legged colleague.”  Gianna Francesca Catolico / RA