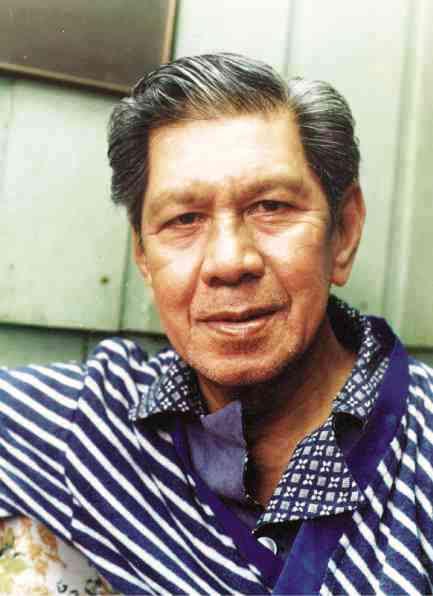 It is only fitting that Nick Joaquin was born on May 4, 1917, just days after May Day Eve, the day that is also the title of Joaquin’s most iconic short story. In another twist, Joaquin died on April 29, 2009, at the age of 86—yes, just days before May Day Eve.

On May 4, 2017, the nation celebrates the 100th birthday of National Artist for Literature Nick Joaquin. As befitting such an exalted literary figure, the Joaquin family, working with Anvil Publishing Inc., among others, has organized a dazzling series of events and releases to commemorate this event.

Charo Joaquin Villegas, Joaquin’s niece and the person in charge of Joaquin’s estate said: “We, the family are very excited about all the activities being planned for Tito Nick’s 100th birthday.”

Nicomedes Marquez Joaquin is without a doubt the greatest Filipino writer in English, the author of works such as the 1961 novel “The Woman Who Had Two Navels,” the 1947 short story “May Day Eve,” the 1966 play “A Portrait of the Artist as Filipino,” biographical and historical non-fiction. Joaquin had a long career as a journalist and editor, often writing under the pen name “Quijano de Manila.” He even wrote a column for the Inquirer called “Small Beer.” He was conferred the Order of the National Artist in 1976. 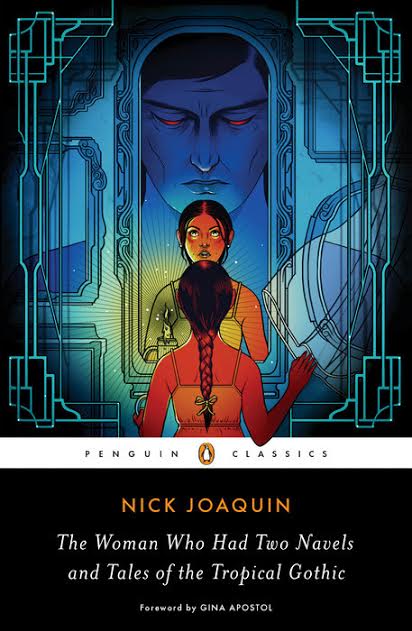 Villegas recalled that the three-year countdown to Joaquin’s centenary—NJ100 for short—began on April 29, 2014. “This was Tito Nick’s 10th (death) anniversary,” she said. Anvil launched “Gotita de Dragon and Other Stories,” a collection that had not previously been put together. Villegas said interest in the coming NJ100 started to pick up with magazine articles, exhibits mounted at Ateneo de Manila University, Erehwon Cultural Center and one at Far Eastern University that is still running today. There was a dramatic reading of “A Portrait of the Artist as Filipino” at Ateneo, and filmmaker Sari Dalena helmed and produced a film about Joaquin titled “Dahling Nick.”

The year 2017 will feature many big events for the centenary.

In April, the American imprint Penguin Classics will release “The Woman Who Had Two Navels and Tales of the Tropical Gothic,” the first time Joaquin will be published by a US publisher. The book will feature a foreword by novelist Gina Apostol and an introduction by critic Vince Rafael. The Philippine Consulate in New York will be hosting a gala launch on April 26.   “With this, Nick Joaquin’s selected works will now be available to the world. He is only the third Filipino to be accorded this honor,” Villegas noted. “José Rizal and José Garcia Villa were the first and second.”

April will also tentatively be the month when the new motion picture “Ang Larawan,” based on “A Portrait of the Artist as Filipino,” will be released in cinemas. The film is a screen adaptation of 1997’s “Ang Larawan, The Musical,” with a libretto by Rolando Tinio and music by Ryan Cayabyab. It is directed by Loy Arcenas and features a talented class led by Joanna Ampil, Rachel Alejandro and Paulo Avelino. It had its premiere last Jan. 27. “Celeste Legaspi and Girlie Rodis went all out in producing this film which will hopefully be viewed by Filipinos in this generation as well as in the future,” Villegas said.

On May 4, the Cultural Center of the Philippines (CCP) will honor Joaquin with a whole raft of activities including film showings, testimonials, exhibits and cocktails. “The CCP is mounting a ‘Parangal’ on his birthday, May 4, wherein selected works will be performed. An all-day cinema festival is also in the plans, featuring films inspired by his stories. Included may be an exhibit in the lobby, and other activities,” Villegas said. In August, Anvil will release a new edition of “Cave and Shadows” under its Anvil Classics imprint.

In September, Tanghalang Pilipino will stage the full-length play “How Love Came to Juan Tamad.” Museo Pambata will also feature the storytelling of the play.

The clothing line Freeway will be launching a new line of Joaquin-inspired apparel and accessories as part of its National Artist Collectors Series; Freeway had previously released a Joaquin line in 2009.

There will be a commemorative stamp to be issued.

Andrea Pasion-Flores was the literary agent for the Nick Joaquin estate before she was named general manager of Anvil Punlishing Inc. Flores said there will be a Nick Joaquin writing contest as well. “Our hashtags are #NickJoaquinLives and #NickJoaquin100,” she said. We would love for people to post photos of the books with these hashtags.”

This would indeed be the perfect time to get acquainted with the life and writing of a man who helped define our literary canon in English, as well as give insight into what we are as a people through words. “Tito Nick’s greatest contribution is his ability to show us who we are as a people,” Villegas said. “In Rizal’s words, ‘Ang hindi marunong lumingon sa pinanggalingan ay hindi makararating sa paroroonan.’”