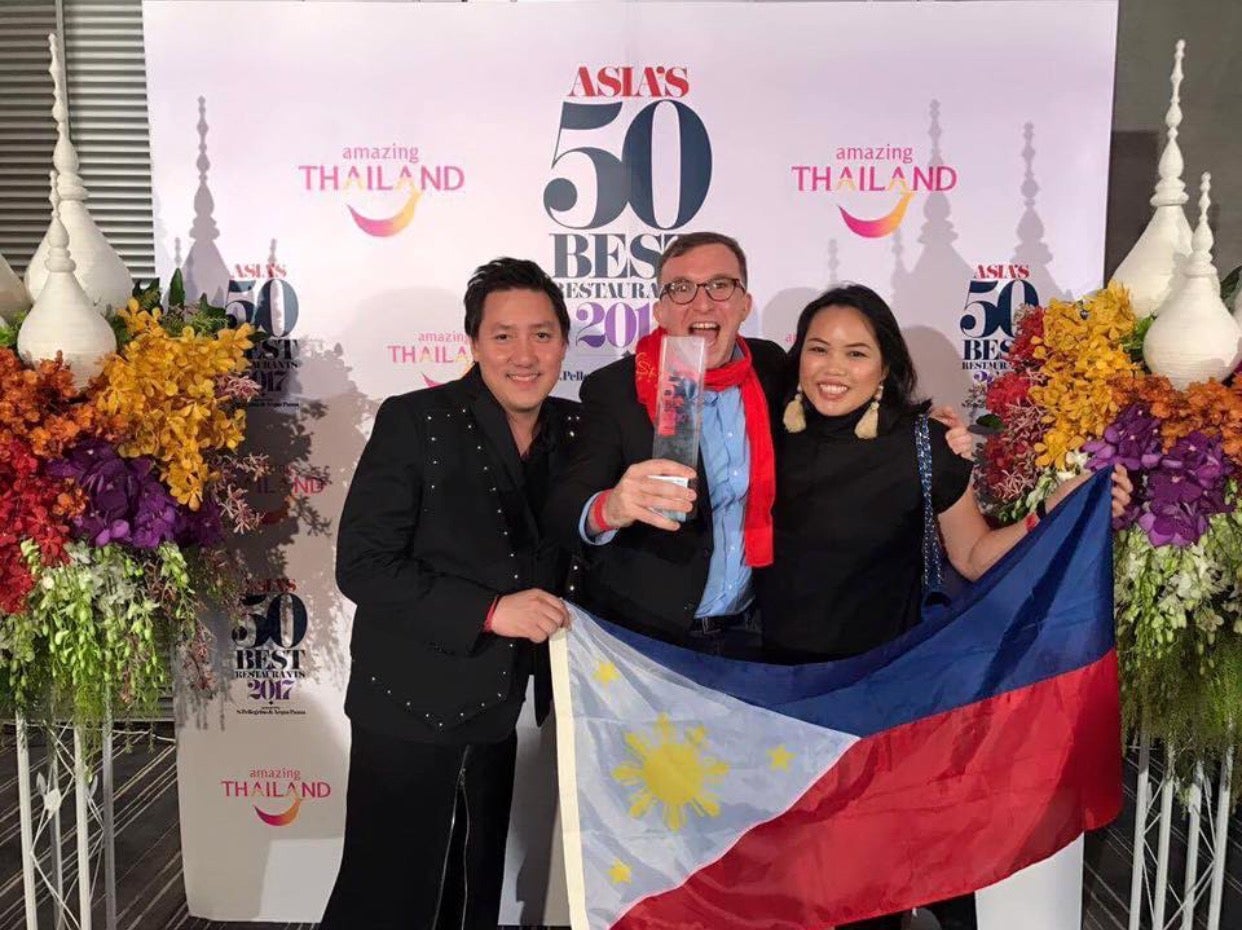 Gallery Vask at Bonifacio Global City has been named Best Restaurant in the Philippines in the just-concluded Asia’s 50 Best Restaurants 2017 awarding in Bangkok.

Gallery Vask, helmed at the pass by executive chef Jose Luis “Chele” Gonzalez, was also named No. 35 on the list, jumping four notches from its place last year.

The annual list, sponsored by San Pellegrino and Acqua Panna, compiles the votes of 300 food critics, writers, chefs and other industry professionals.

Spain-born Gonzalez, who has worked in some of the world’s top restaurants—El Bulli, El Celler de Can Roca, Mugaritz and Arzak, all in Spain—is known for his contemporary take on gastronomy and his modern twists on traditional tapas.

For third straight year, Bangkok-based Indian restaurant Gaggan topped the list. Gallery Vask was the only Philippine restaurant to make it to this year’s list.

Gonzalez and architect-co-owner Juan Carlo Calma were in Bangkok to accept the award Tuesday.