Once and for all | Inquirer Lifestyle ❮ ❯ 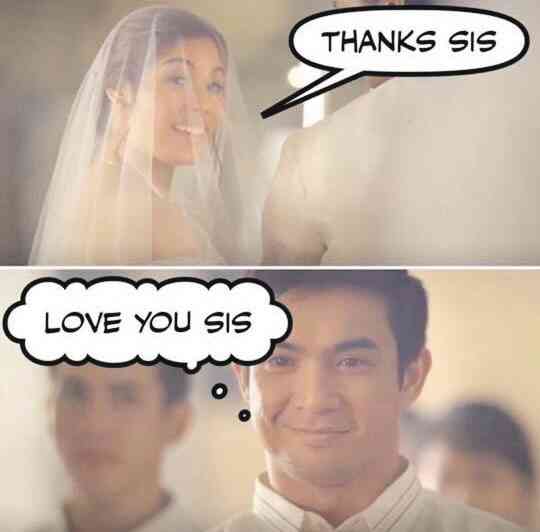 Once and for all

We asked the Jollibee people the burning questions about #Kwentongjollibee

“There was a feeling of joy, expressed differently perhaps, but you must understand that we were talking about big loves, unconditional loves, persevering loves, it’s not the usual,” said McCann Worldgroup Philippines CEO Raul Castro. Iyo ang korona. Francis Flores of Jollibee also explained that “saya” was “joy,” not “happiness.” 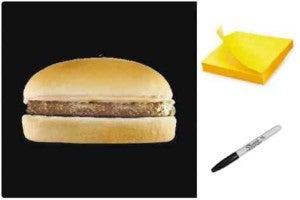 “I enjoyed doing ours, ‘Crush,’ and it proves that love does last long; not always the good-looking guy gets the girl —I mean, the guy who plays basketball, popular,” said the short-shorts guy from crush, Lance Dungon. Perseverance talaga.

“I personally enjoyed the notes on the Yum. [Ash: Yeah. Lots of memes.] So many variations about that. Everyone thought that it was a simple idea but everyone latched on to it,” said Arline Adeva, brand communication and PR manager for Jollibee.

[4] In “Crush,” was it stalking? Was the girl from “Vow” a user (read theshoshalnetwork.com’s rant about it for perspective)? 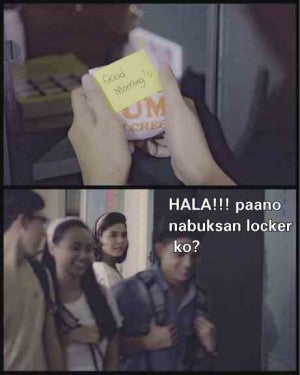 Adeva said: “In ‘Crush,’ it’s really not stalking, it’s showing the guy’s persistence, how he really admires the girl. In ‘Vow,’ instead of looking at it that way [her leading her friend on], maybe we can see it as how pure the love of the guy is for the girl, so much so that he didn’t think about expressing it because he didn’t want to destroy the friendship or in the end he was willing to let her go, because he wanted her to be happy. You can really get all sorts of reactions… We’re not really pikon.”

[5] Did the competition eat dust or what?

“The funniest thing I saw was, from a creative standpoint, is when someone posted the company mascot of the competition and he was asking the company to do overtime, their own set of commercials. Nakakarelate kami don because that is how it works, we know exactly how it works, creating under time pressure,” said creative director Xzenia Cruz. But, seriously, kailangan nilang bumawi. 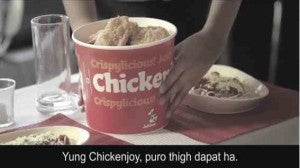 “We can accommodate, but it really depends if they are available, the thigh part,” clarified Arline. “It’s not a direct ‘no.’” But you know, ’pag hindi direct “no,” posibleng paasa. 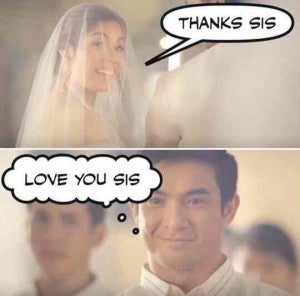 “Just a correction, we never say ‘based on a true story.’ We say, ‘inspired by a true story,’” noted Cruz. “There is a true story at the core of each #KwentongJollibee, but we allow ourselves to insert a few embellishments.

[8] Did the best friend from “Vow” ever confess?

“We want to keep endings a mystery, in the same way that people were asking what was written on the note (before the storyline jumped to the present day) on ‘Crush,’” said Cruz. But we’re Pinoy, and we’re good at theories, so let’s continue speculating.