A message for another | Inquirer Lifestyle ❮ ❯ 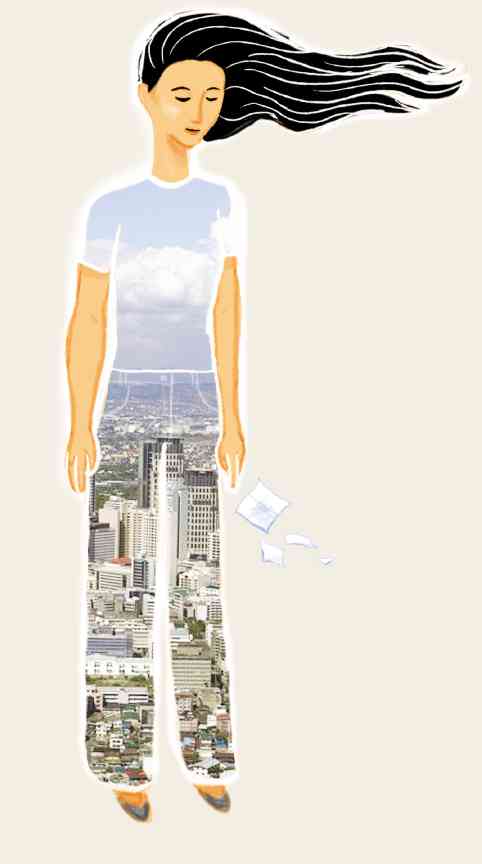 A message for another 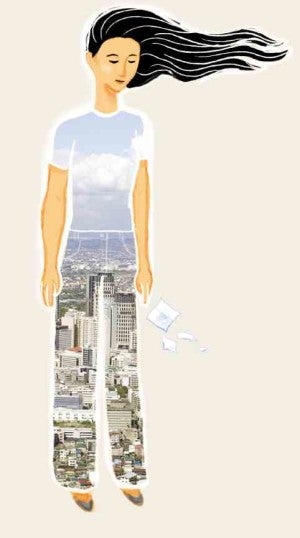 Someone cried out behind her, and she turned around.

The young man stared open-mouthed at Lila, eyes wide, face sheet-white. “Jesus,” he said. “You scared the hell out of me.”

“I’m sorry,” she mumbled. “I didn’t think anyone else would be up here.” She gripped the links on the fence that separated her from the edge. The cold metal bit into her skin. She looked behind her, then down at the ground below her, a sheer drop five stories down.

“Ack. No, no.” The terror in the young man’s eyes faded, his mouth slowly twisting up into a sheepish grin. “I’m the one who should be sorry. Serves me right for listening to all those stories about this building.” He looked up at her, eyebrows furrowed. “Well, you’re not a ghost, are you?”

She placed a hand on her cheek and pinched it, hard. She winced. “Ow! Well, that hurt, so I don’t think so.”

“Excuse me?” she exclaimed. “Well yeah, I am, but I don’t like what you’re implying. Let me guess, you’re a med student, or some pre-med course or the other.” She wrinkled her nose.

“And what makes you say that?”

“Hey, I meant nothing by that,” he said, though his eyes were twinkling with mischief. “So you’re the one who’s judgmental. But you’re also right. I’m a fourth year Medicine student.” He pointed to the building ahead, which was the hospital connected to their university. “I’m supposed to be on duty over there, but I just had to get away for a while. You know how patients’ relatives keep saying that you’re doing nothing for their patient, when you were actually trying to do everything? It gets to you, sometimes.”

He brought out a pack of cigarettes and a lighter. He held one stick out for her. She shook her head. “I don’t smoke,” she said.

“Huh.” He frowned. “As a future doctor I feel obligated not to smoke in front of you, then. Secondhand smoke is actually just as dangerous, you know, if not more, actually.”

He raised an eyebrow. “Hey. It’s my death wish, not yours.”

His eyes met hers for a moment, and she looked away.

She hoped he wouldn’t ask, but he did. “What were you doing here anyway?”

He was silent for several moments, then put the cigarettes away. They stared down at the few people that still walked the streets of the university below them, too small to make out their faces.

“I like it here,” he said. “Up here, it seems like all of those people down there are insignificant. Just like my problems.” He sighed. “Sometimes I didn’t want to go back down again, ever.”

He showed her his arm.

“I had that done some years ago,” he said.

On it was an old wound, now nothing more than a line across his wrist. Over the scar were words tattooed in black ink.

“Nothing lasts forever,” Lila read out loud. She felt the tears burning in her eyes. “That’s true. You’re happy one moment, but the next moment you’re not. And you’re not okay, you’re not, and you don’t know if you’ll ever be again…”

“Well, yeah,” he said. “But happiness isn’t the only thing that doesn’t last forever. Grief and pain and suffering, all of those don’t last either. Even sadness ends.”

She looked up at him, and he held her gaze.

He laughed, suddenly. “You know, I did a very stupid thing with this tattoo.” He laughed even harder. “I had these written into my skin, to remind me. But I had the letters facing outward. I mean, if I wanted the words to be a message to me, I should have made them face me, right?”

“I guess it’s a message now for someone else.” He smiled at her.

“Okay,” he said, “I better get back to the ER. They’ll give me a demerit soon if I don’t show up. Would you like to go down together?”

He held out a hand to her. When she did not take it, he kept it hanging in midair, waiting.

She took out a piece of paper from her pocket, and stared at the words she had written there.

I’m sorry. This is not your fault. I love you.

She tore the letter up into a thousand little pieces. She threw them over the ledge, where the wind picked them up, scattering them over the oblivious people below.

She turned back to him.