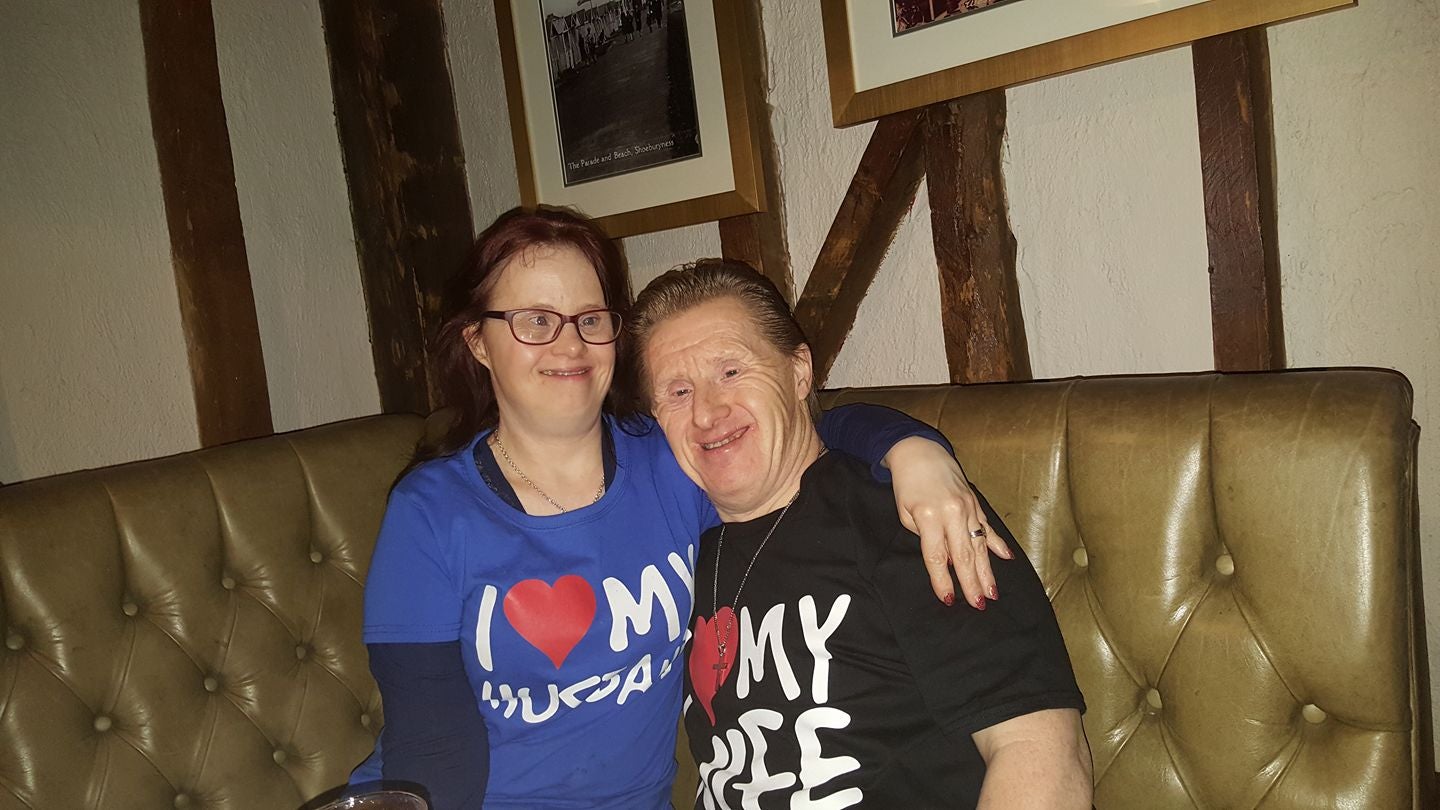 PHOTO from Maryanne and Tommy/Facebook

Couple with Down Syndrome celebrates 22 years of marriage

A man and a woman believed to be one of the first few couples with Down Syndrome to get hitched in the UK have celebrated their 22nd wedding anniversary.

Back in July 1995, Maryanne and Tommy Pilling destroyed stereotypes about people with Down Syndrome when they decided to wed at a local church in Essex. The couple, who first met at a day center, had been dating for a year and a half before Tommy knelt and asked for Maryanne’s hand.

“The day Maryanne met Tommy she came home with the biggest smile on her face. She couldn’t stop talking about him and asked if he could come for dinner,” Maryanne’s sister, Lindi Newman, told The Express.

Tommy sought permission from Maryanne’s mother to marry Maryanne and even bought her a toy ring. “My mom immediately said yes but wanted them to do it properly so took him to a jewelry shop to buy a proper ring,” Newman recounted, adding that her mother was criticized for allowing the couple to get married.

Now after 22 years, Maryanne, 45, and Tommy, 59,  continue to inspire others with their abiding bond and time-tested love. Newman even created a Facebook page that documents Maryanne and Tommy’s euphoric life together in the past two decades. The couple lives in an apartment next to Maryanne’s family.

Despite objections from society, Maryanne and Tommy are lauded by social media as an example of a real-life “happy every after” love story.

“People worried about their own children or grandchildren with Down Syndrome get hope from Maryanne and Tommy’s story,” Newman added. “Hope that their children can also fall in love and live happily ever after.”  Gianna Francesca Catolico /ra