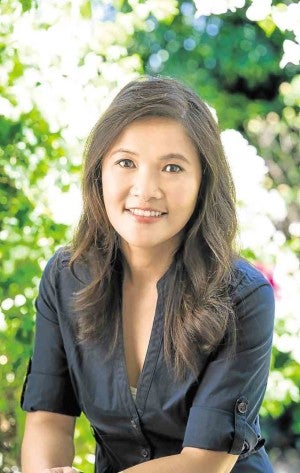 All of us have dreams. For Samantha Sotto, writing “Before Ever After” and having it published by an international house and then scoring successive book deals was a dream she didn’t realize was possible for her to achieve. Surreal as it was, it was a reality she was becoming used to until reality came crashing.

“I wasn’t a writer, I got this book deal, all of these crazy amazing things happened, so I thought that must’ve been it. But what happened after was a very trying time because ‘Love and Gravity’ is actually not my second book, it’s my third. I wrote a book after ‘Before Ever After’ that will never see the light of day because it was rejected by my publisher. This is my attempt at finding my way back into this world of writing which had come so easily then and this was almost a test,” says Sotto.

“Love and Gravity” incorporates fantasy and time travel in a love story with a historical twist. If it sounds a little like Dr. Who-like, the self-confessed Whovian says that it was the film version of Seth Grahame-Smith’s “Abraham Lincoln: Vampire Hunter” that inspired “Love and Gravity.”

“My husband and I watched it and I thought to myself, ‘That’s so cool.’ I want to write an alternative history story as well. I wanted somebody so unlikely, somebody that you would never think of as a romantic lead and I wanted somebody that everybody knew… because I really wanted to challenge myself. That led me down the path of finding Isaac Newton.”

“I wanted people who had achieved great things in their life… It just fit perfectly because as I researched about him, I learned that all his major discoveries, like gravity and calculus, happened during his annus mirabilis, his miracle year, when he was 24 years old. And in that year there was a plague, so Cambridge closed down and he had to go home to Woolsthorpe Manor… No one knows what happened outside of those discoveries, like his personal life, nothing… no one knows how he came up with these things. What happened? In fact when he was a boy, he was at the bottom of his class. I said, ‘OK, that’s where I can come in and present my version of his story.’ I wanted to show the man behind the legend.”

Writing “Love and Gravity” was a daunting task for Sotto.

“For me those years of struggling, being actually depressed about it, that’s two years of my life with that book and the pressure of people always asking me, ‘So when’s your next book?’ At that point you wanted people to greet you na lang and say, ‘Uy, tumaba ka.’ Was my best behind me? Was ‘Before Ever After’ a one-hit wonder? Was I not a writer anymore? I had to decide. Am I gonna take this seriously, do I really want this. The dedication of ‘Before Ever After,’ it was haunting me because it was dedicated to my kids and it said, ‘For Niko and Kai, so you will know that you can hold your dreams in your hands.’ Sabi ko, ‘My God, if I don’t come up with a new book… what do I tell my kids? You can achieve anything, but…’ It was something that was out there, it was something everybody knew about and I felt that this would define me. It’s either that’s it, I peaked, or I’ll just write as many books as it takes to find my way back and to prove to my kids that you can achieve your dreams.”