It started at the Hilton | Inquirer Lifestyle ❮ ❯ 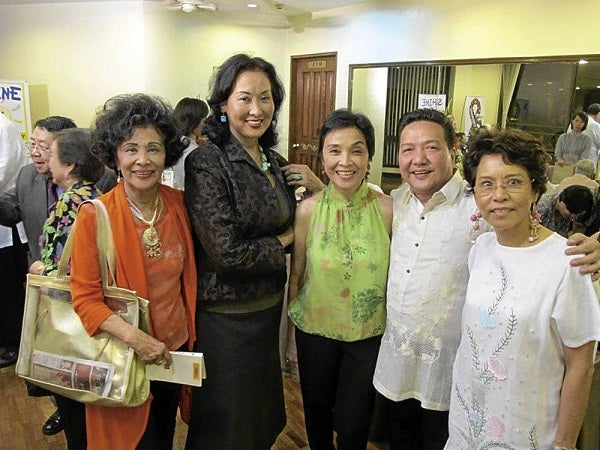 It started at the Hilton 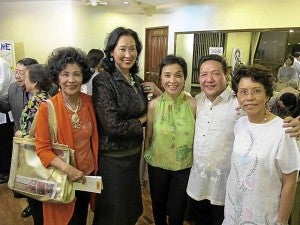 If there’s a theme uniting the 136 articles filling the thick “Heartbeat Manila Hilton,” it’s a line from a song Bob Hope used to sing to close his TV specials: “Thanks for the memory.”

Built during the latter part of the ’60s when an academic specialization like hotel and restaurant management was unheard of, the Hilton recruited the young, the eager and the ambitious, many of them just fresh out of college, to nurture and strengthen an infant hospitality industry.

Some pioneers of Class of ’67, those hired in the year the hotel was going up, made names for themselves in the future in tourism and other service-oriented professions: Maria Luisa Mabilangan Haley, Manila Hilton’s first employee and sales manager, later advisor to US President Bill Clinton and the Philippine government; Narzalina Lim, whose entry-level post was secretary to the front office manager and who went on to serve as tourism secretary to Presidents Aquino and Ramos; Carlos de la Rosa who rose from bell man to chief marketing officer for Vietnam’s Celadon International Hotel. 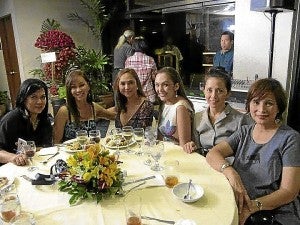 So prized was a position at the hotel that those from exclusive schools fought to be bell boys, desk clerks, restaurant servers. A debutante who used to receive an P800 monthly allowance from her father settled for a P250-a-month job.

The hotel chalked up other firsts and “bests”: the first five-star hotel in the country and the tallest in Manila at 22 stories; the first Catholic chapel in a hotel, a departure from members of the Hilton chain which were strictly secular; the first to draft a law on service charge that enabled hotel service staff to get an additional 10 percent on top of their monthly pay; the first to field smartly outfitted airport representatives to meet arriving guests; the best Caesar salad and roast beef at the Rotisserie; the best disco at 1571; the best ice carvings, even the best laundry service.

So good was the roast beef that Heinz Schwander, executive assistant manager, would be wakened one early morn by Gen. Hans Menzi requesting that the dish be prepared along with the famous Caesar salad immediately so it could be flown out by chopper in time for then first lady Imelda Marcos’s lunch. 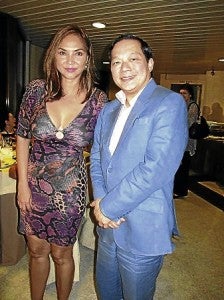 “Heartbeat…,” edited by Marla Yotoko Chorengel and Letty Jacinto Lopez and published by the Friends of Manila Hilton, is rich with gossipy anecdotes like that one, illustrating how the hotel on United Nations Ave., Ermita, became the hub of the country’s high and mighty. Here lies the book’s value as social history and as practical, though weighty, handbook for youthful dreamers who plan on a career in the industry.

There was that Manila mayor who insisted on bringing his own liquor into the hotel and refusing to pay corkage, and when reminded of the fee by a hotel official, created a scene. That same mayor habitually borrowed the hotel’s red carpet for his official functions outside, only to have it returned stained and with cigarette burns. After he got the hotel’s letter of complaint, he sent a public works crew of burly men to dig up big holes just outside the hotel, inconveniencing guests who couldn’t bring in their cars or cabs and creating a racket.

Gun-toting public officials were no strangers in the hotel’s premises or politicians’ bodyguards who’d think nothing of tossing bread rolls as a game in the coffee shop. Rearranging seats of wives and mistresses of bigwigs so scandals were averted sometimes fell in the hands of legendary hostess with mostest Conchita Sunico. All these were handled with a combination of tact and firmness. The Hilton also set the trend of blending expatriate hoteliers’ skills with the locals, including use of the best local ingredients for continental dishes. An example is the dessert named Mango Patricia after the American first lady Pat Nixon. Fe Reyes Wanner described is as “a hollowed out mango filled with mango parfait, cashew and almond meringue, topped with mango balls and marzipan rolls” and “dramatically presented on glistening ice vessels.”

Interior designer Johnny Hubilla credited the hotel for being in its time, “a melting pot of contemporary design with touches of various ethnic Filipino cultures joined harmoniously into a great and grand design.” The hotel housed commissioned works like the frieze “Filipinismo” by Botong Francisco, molave murals by Napoleon Abueva, metal sculptures by Ed Castrillo and was literally home and studio to painter Federico Alcuaz, the last profiled affectionately by Rita Ledesma as living in a room that throbbed with his creative energy.

A little-known anecdote written by Gemma Cruz Araneta is how Café Coquilla got its name. The suggestion came from two historians, Carmen Guerrero Nakpil and Jesuit Horacio de la Costa, conquilla being “the most famous (and delicious) coffee variety during the Spanish colonial times.” 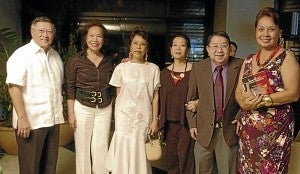 The hotel was not without labor problems. When 85 percent of employees staged a walkout, management and remaining staff rolled with the punches and took over the prepping and cooking for a wedding reception for a party 600 guests that couldn’t be cancelled. Chef Dieter Paul recalled, “We even had to buy fresh underwear for the few cooks who got stuck in the hotel.” This showed that the Hilton didn’t want its kitchen hygiene compromised.

As the metropolis grew, more five-star hotels opened, the competition grew still, the pioneers left and the Hilton peaked and changed hands. Certain changes occurred that would affect the hotel’s five-star rating. It became Holiday Inn, then Manila Pavilion until the glory days were left to be chronicled in a book. 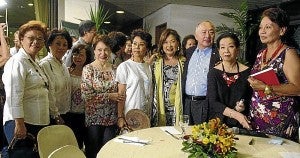 Chorengel and other “Hiltonites,” in one of their reunions a few years ago, decided to relive those years with help from Jacinto-Lopez (they both met their husbands at the hotel), Lolita Delgado Fansler, Wanner, Carmita Francisco and Rita Dy. They and other Hilton alumni dug into their own pockets to put out the book apart from tapping former hotel executives based abroad and the Delgado brothers.

She said, “We worked pro bono, except for the graphic designers (Ad Innovation) and a team of proofreaders. We did not want any commercial help from suppliers or clients of the Hilton as we did not want any advertisement on our pages. ‘Heartbeat…’ is our very own all throughout with no help from Hilton International  chain although the Hilton Hospitality Archives of the Conrad Hilton College in Houston, Texas, has asked for a copy.”

Chorengel adds, “We did not ask any donation from Paris Hilton when she was here. She was too busy with the Pacquiaos.”

Copies of “Heartbeat Manila Hilton” will soon be available at National Bookstore branches.