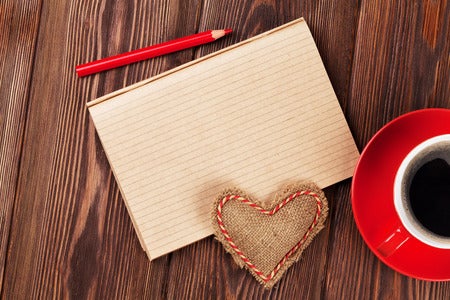 In one of the grandest gestures of eternal and selfless love, an author dying of ovarian cancer has created a dating profile for her significant half, whom she might soon be leaving behind.

In hopes of giving her husband another chance at finding “another love story,” Amy Krouse Rosenthal penned a heartfelt essay entitled “You May Want to Marry My Husband”.

As seen in the touching piece—which has since gone viral online—the terminally ill author described her husband, Jason Brian Rosenthal, as “an easy man to fall in love with.”

“I have never been on Tinder, Bumble or eHarmony,” she wrote in the The New York Times.

“But I’m going to create a general profile for Jason right here, based on my experience of co-existing in the same house with him for, like, 9,490 days.”

She also indulged readers details of how their seemingly fairy-tale like love affair started, along with Jason’s most endearing qualities—including his love for artwork, affinity for music and talent in the kitchen.

Her unorthodox method of somehow giving her husband away may seem odd for some, but Amy said she only hopes that  “the right person reads this [and] finds Jason.”

Prior to her diagnosis, Rosenthal was known for writing books for children, as well as memoirs about her own family and life.

The couple has been together for three decades, and has three children who are now living their own lives.

In 2015, Rosenthal was rushed to the hospital due to an unusual pain in her right side. At first, she suspected it was appendicitis but was dumbfounded when doctors revealed it was ovarian cancer.

After the diagnosis, her plans of traveling around the world were cut short, as she began to endure the painful process of chemotherapy.

“No wonder the word cancer and cancel look so similar,” she wrote.

Towards the end of her essay, Amy acknowledged her husband’s potential new flame once she’s gone.

“I’ll leave this intentional empty space below as a way of giving you two the fresh start you deserve,” she wrote, followed by a blank space.