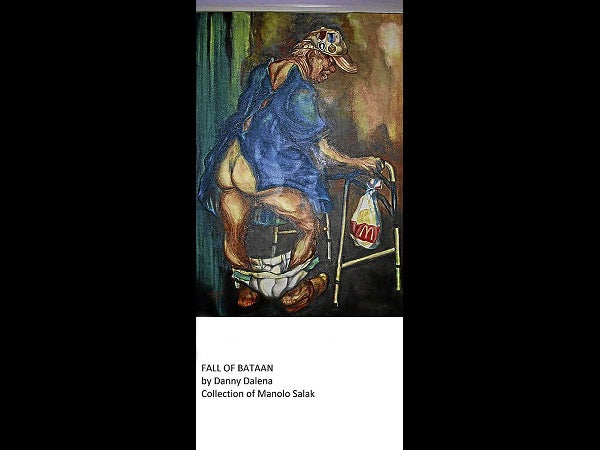 My study in gray 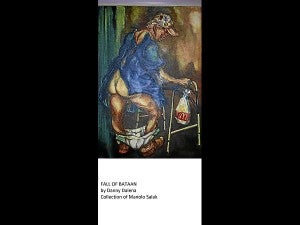 I was young until I was 62. Then one day, I was crossing the street, a motorcycle rider wasn’t paying attention, and I literally flew into old age. For a few seconds, I hovered over my body, lying muddied on the street, the neck slightly askew, and thought, “Not a bad-looking fellow,” he he he.

But seriously, I never heard it coming.

In rehab, I sweated buckets turning screws on bolts and moving colorful plastic balls from one end of a convoluted wire to the other. Screw it! What could’ve been child’s play had become excruciatingly difficult.

Rehab. It makes you realize that nothing is permanent, and everything you have can be taken away from you in the blink of an eye. Or, more likely, in the bursting of a blood vessel in that gray mush you call your brain. There were judges there, and generals, and rich businessmen. And one groundbreaking artist who was a rebel in his time: Lee Aguinaldo. All learning to walk and talk like babies.

One day, an old man in his 80’s was wheeled in by his family. I think he must have had a stroke. He was learning to walk all over again. He took two unsteady steps and his diaper fell around his ankles. The old man cried and wouldn’t try again. I turned that scene into a painting. I titled it “The Fall of Bataan.” I wasn’t going to surrender that easily.

After six months of rehab, I was walking again with the aid of a cane and had regained use of my right arm. It didn’t take long to get back into the swing of things.

Since canes and I were going to be friends for life, I thought I might as well make them for a hobby. I even learned to bid on E-bay to get my hands on antique doorknobs that make interesting handles. My favorite is a brass New York Public School doorknob. I guess I’m hoping it adds a touch of class to this Kamuning Elementary School alum.

I wouldn’t have thought it, but my wife Nini and I even started a new family. First was Pachuchay, a perky chihuahua who reached out from her cage at Tiendesitas to touch my hand and my heart. And then came Dandruff. We were going to limit our family to these two, both female. But then Papi came into our life and all hell broke loose! Two litters in as many years. We kept Pichi-Pichi, our miracle baby (she almost didn’t make it), and Siopao, the only survivor and the runt of the second litter.

Siopao is the love of my life. She’s the boss in our house in Kamuning. She literally walks all over us and treats us like furniture. She loves to perch on my paunch and expects, nay, demands, nonstop stroking. Even watching TV has now become a test of concentration, as there is almost always a double program going on. Sometimes it’s comedy. Sometimes drama. And sometimes it’s all-out war such as Erap wants unleashed in Mindanao.

The scent of family

Time passes so quickly just playing with our five monsters. And the joy they bring more than makes up for the eau de chihuahua that pervades our home. New visitors may recoil and 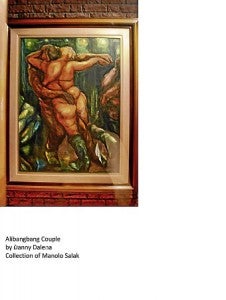 wrinkle their noses. But to us, it is the scent of family.

Speaking of family, I now have two (human) grandsons: Kino, six, and Paris, one. They are the children of my eldest daughter, Issa, and her husband, Keith. Since Issa and Keith are both filmmakers, Paris has made his brilliant debut in the film Ka Oryang. In it he cries… and he cries… and he cries… Others might think, “child abuse!” But I’m thinking, “future Oscars!”

It’s too early to tell with Paris, but Kino and I have a lot of things in common. Apart from us being the same mental age (no, he’s not precocious; I’m retarded), Kino also used to lag behind in speech development. Luckily, his problem has been remedied by years of regular and very expensive speech therapy. I, on the other hand, still say “pack” when I mean “pact,” “fact,” or “f_ck.” Which can be a good thing. No one takes it against you when you say “pack this sheet”—although sometimes the comforters do unintentionally end up in balikbayan boxes.

Boxes, you say? I have stacks and stacks of them. They hold books, clothes, DVDs and old records, which in our household tend to magically multiply like gremlins at a dinner buffet. Some well-meaning people have been trying to convince me to convert my music library into digital format. Never! I’ll stick to my generation’s iPod: the jukebox. Sure I can’t stick it in my pocket, but hey, it does have colored blinking lights and can’t be stolen so easily.

My newest toy is a gift from a friend who lives in the States. And I’ve stocked it full of jukebox classics like Imelda Papin’s “Bakit,” Victor Wood’s “Eternally,” Eddie Peregrina’s “Memories of Our Dream,” and Didit Reyes’s “Bakit Ako Mahihiya.” I don’t think any of these songs would feel comfortable in an iPod. Baka mahiya sila! he he he

I’m turning 70 this January, and as they’ve done for years, my friends will be coming over to celebrate, drink, and talk of the good old times.

A few things have changed, though. Now the party has to be held on the ground floor because very few of my friends can still make the arduous trek up to the second.

Red wine has taken the place of whisky. And people start leaving at 10 pm. Quite a few have taken permanent leave and are keenly missed. Nick, J.Q., Ding, Mang Nano, we’ll drink to you!

I have an idea for a new painting percolating in my head. It’s going to be of three friends and I in various stages of decrepitude, sitting in a waiting room. Waiting for that disembodied voice to call out, “Next!”

When my turn comes, I’m just going to pretend I don’t hear, he he he.