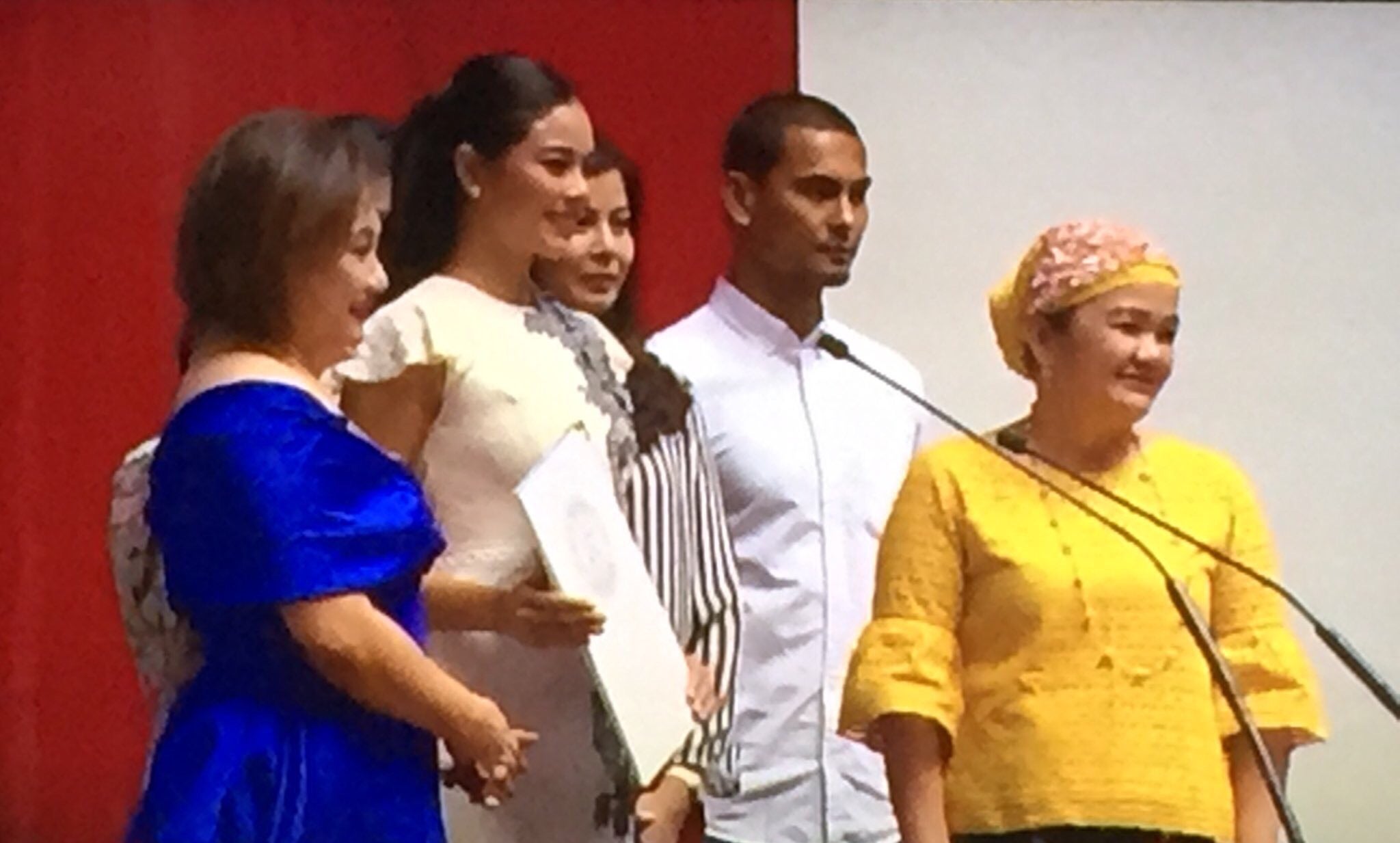 Binibining Pilipinas 2016 Maxine Medina was commended at the House of Representatives on Monday for her finish in the Miss Universe pageant.

The country’s bet to the Miss Universe held last January was a head-turner as she received the House commendation during the session on Monday night.

She was accompanied by her boyfriend actor and model Marx Topacio.

Medina was commended on Monday’s session which was presided by congresswomen to commemorate the International Women’s Month.

In the resolution, the House commended Medina for her top six finish in the Miss Universe competition.

“Ms. Maxine Medina provides an inspiring and shining example of grace under pressure, the beauty and grace of the Filipina in such a prestigious pageant,” the House resolution read.

“Even though Maxine did not win, she received praises from all sectors of our society for her excellent performance during the pageant,” the resolution added.

Medina bore the pressure of being the country’s candidate and host delegate for the Miss Universe that was held at SM Mall of Asia Arena last January.

Medina however drew mixed reactions for answering the question and answer portion in English even though she had been criticized for her communication skills. JE

READ: Maxine Medina: ‘I will request a translator if I have to’