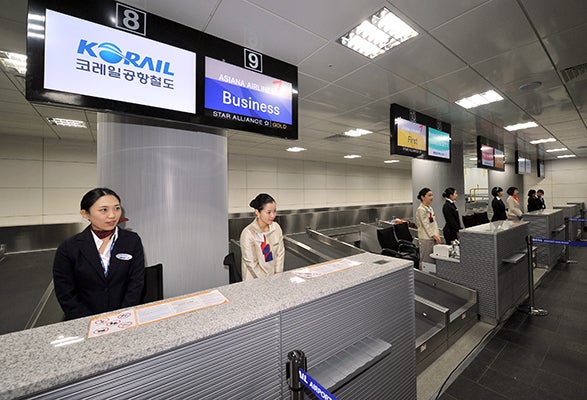 The friendliest airport staff in the world can be found at Incheon International Airport in Seoul, according to the results of a new survey.

In the category of biggest airport hubs around the world—those that see more than 40 million passengers pass through their halls—the most civilized airport experience can be found at Incheon International, a major hub that repeatedly tops the world’s best airport awards.

For the survey, passengers are questioned at the airport on the day of their arrival.

The awards are presented to the airports that score the highest ratings over the course of a year.

Interestingly, the top three spots are occupied by airports in Asia and Southeast Asia, with Delhi, Mumbai and Singapore’s Changi Airport tying for second place.

Here’s a breakdown of regional winners: