Pumping through Europe: How a mother traveled and took home milk for her baby | Inquirer Lifestyle ❮ ❯ 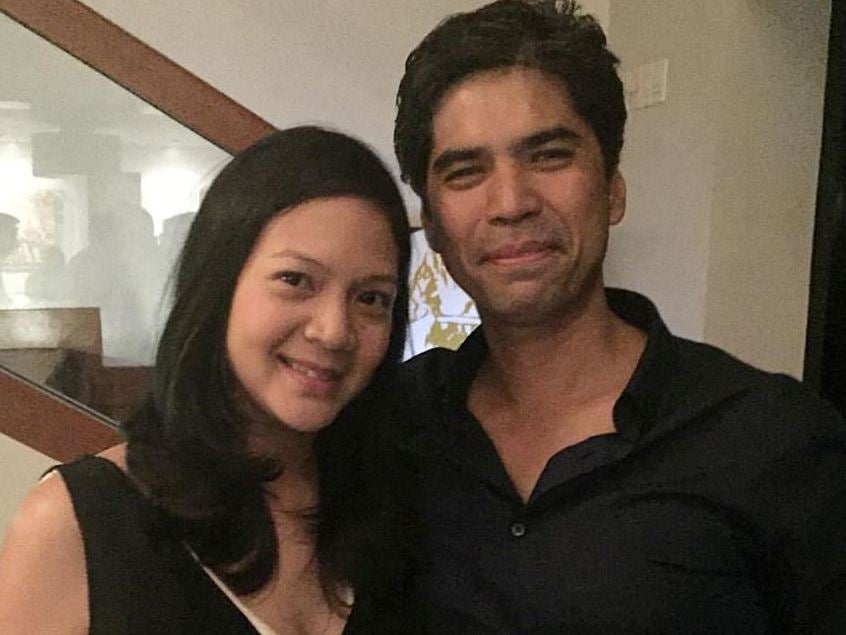 Pumping through Europe: How a mother traveled and took home milk for her baby

Karina Prieto Moreno is an avid traveler. She’s an expert at planning trips with her whole family in tow.

When her mother-in-law was about to celebrate her 70th birthday, Moreno’s baby was just turning two months old. Not wanting to miss a milestone trip and determined to keep giving breast milk to her baby, she resolved to take home pumped milk for the baby.

Moreno researched and developed a system that eventually let her take home 450 ounces of breast milk.

Her great feat shows that a new mother can enjoy a beautiful vacation and still give what her baby needs.

In this Q&A with Lifestyle Baby, Moreno shares her experience.

What was your itinerary?

It was hectic, staying in different hotels and having to pump in transit, but with a little preplanning, everything worked out well.

What supplies did you bring?

Soft-sided cooler, techni ice sheets (most important!), milk storage bags, Ziploc bags to segregate the milk by batches and for further protection in fridges/freezers, small Tupperware to soak pump parts, Milton sterilizing tabs (instead of bringing a sterilizer, you just soak the parts after washing and air dry), Medela wipes for pumping parts (for cleaning parts while on the go), extra pump parts so that I rinse or use wipes during the day and wash them all at one time at night.

How did you transport the milk? Did you freeze it?

I did online research on how long you can keep milk in freezers, refrigerators, cool packs, etc. Basically, depending on your source, milk is okay at refrigerator temperature for five to seven days.

So, I would freeze the milk every five days, or when I got to the next destination, to avoid possible defrosting while in transit. Once milk defrosts, you have to give it to the baby within 24 hours or throw it. I would activate the techni ice by soaking it in water, then freezing for (best results) three days in the hotel deep freezer.

Then, right before leaving each destination, I would line the soft cooler with techni ice and put the milk in the cooler, double bag the milk storage bags with ziplock in case of leakage (it leaked once).

You can also put the milk storage bags in Tupperware for extra protection. If there is any space in the cooler, put crumpled newspaper. (I used paper shopping bags.)

I also put a GPS luggage tracker in the cooler so I could locate it if it got lost in transit. (I checked it in.)

Leaving Barcelona, I was stopped at security check because of the liquids (newly pumped milk) and they wanted me to throw it!

I said it was for my baby and they said, “Where is the baby?”

They had to call the supervisor who eventually let me bring the milk.

It would be advantageous to be familiar with a country’s airport security policies. You can check online or e-mail them. (Before you leave, have your Ob-Gyne write you a certification that you have a new baby. —Ed)

The milk I pumped in Paris I did not freeze anymore until I got to Manila. As soon as I arrived in Manila, I put aside any milk that had defrosted and fed it to the baby. Luckily it was only a few bags. Not bad for a 24-hour trip.

How did you make space in the fridge of a hotel?

I e-mailed each hotel before the trip to ask if it had a fridge in the room and if I could store in its freezer. I would take out or ask the staff to take out the content of the refrigerator so I could have space. I would ask the hotel to store the frozen milk until our checkout, then I would pack it in the cooler with the techni ice (which I also asked the hotel to keep frozen).

Does the star rating of the hotel matter?

Of course, the better hotels are more accommodating (they would pick up milk from my room and drop milk for me, etc.). But I think that as long as they are given advance notice, most hotels are willing to help a breastfeeding mom.

Make sure you put the filled milk storage bags in ziplock bags because you never know if your milk will be stored beside some meat or fish.

How many bags did you take home?

Hardest thing about this?

When our flight was delayed and  we were sent to another airport to catch another flight that resulted in more delays.

I was so worried about my milk defrosting, but thanks to techni ice, the milk was rock hard even after 16 hours.

Also challenging for me was pumping in odd places such as the airport or airplane bathrooms. But it can be done! If you just need to relieve pressure, you can use a hand pump.

What surprised you most about this?

That I was actually able to do it and bring home all that milk! And that it wasn’t as hard as I thought it would be.

It just takes a bit of organization (I would have a pumping station in the hotel desk and a cleaning station near the sink) and discipline to keep the schedule, such as having to wake up extra early to pump and clean before the daily activities and plan to go back to hotel after meals to express.

I don’t get as much output if I pump outside, such as in a restaurant bathroom, so I would rather go back to the hotel. But if you are comfortable with that, the trip would be much easier!

I thought that I would be pumping the whole time and not be able to enjoy the vacation, but after I settled into a routine, I was able to bring home the best pasalubong for my baby—my milk.