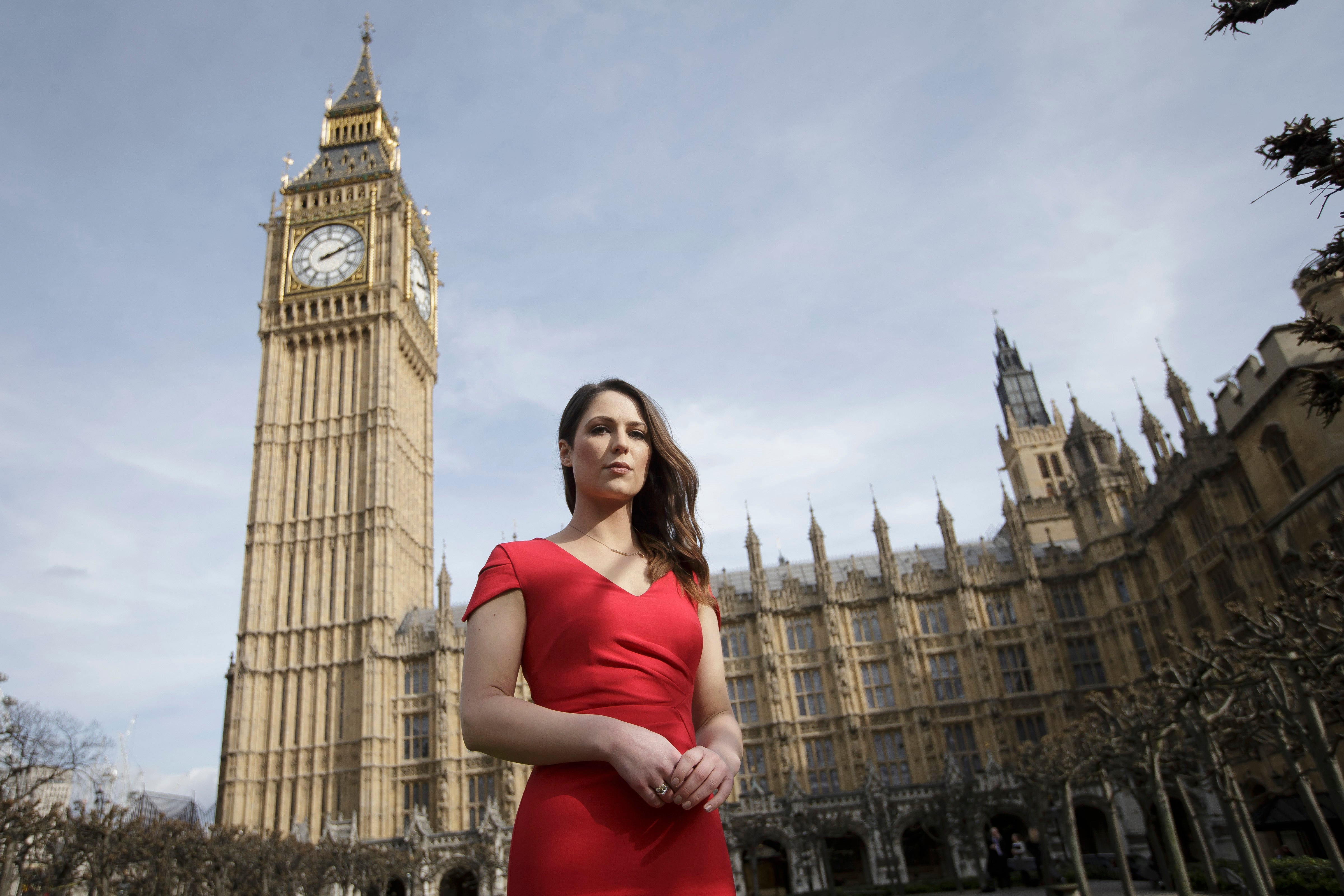 Equality activist Nicola Thorp poses for a picture outside the Houses of Parliament in London, Monday, March 6, 2017. Nicola Thorp was told in December 2015 that her shoes were unacceptable for a temporary assignment in London with finance firm PwC. Members of Parliament on Monday will debate banning mandatory workplace high heels, in response to a petition by a receptionist who was sent home for wearing flat shoes. Thorp's petition, which calls formal workplace dress codes "outdated and sexist," gathered more than 150,000 signatures, making it eligible for a non-binding debate in Parliament. (AP Photo/Tim Ireland)

LONDON—On the eve of International Women’s Day, women in the workplace here must be kicking up their heels in glee: After serious debate, British lawmakers put their foot down on Monday and told employers to stop making women wear high heels as part of corporate dress codes.

Members of Parliament (MPs) debated the ban on mandatory high heels at the workplace, in response to a petition started by a receptionist who was sent home without pay for wearing flat shoes.

The debate was nonbinding, but the government promised to act against heel-height rules, makeup guidelines and other corporate codes that apply to women but not to men.

Labor MP Helen Jones, who helped lead a parliamentary investigation into dress codes, said she and her colleagues were shocked by what they found.

“We found attitudes that belonged more—I was going to say in the 1950s, but probably the 1850s would be more accurate, than in the 21st century,” Jones told lawmakers at Parliament’s Westminster Hall.

Monday’s debate was triggered by the experience of Nicola Thorp, who was told in December 2015 that her smart flat shoes were unacceptable for a temporary assignment in London with finance firm PwC.

Her employment agency, Portico, had a dress code specifying that female workers must wear nonopaque tights, have hair with “no visible roots,” wear “regularly reapplied” makeup—and appear in shoes with a heel between 5 and 10 centimeters (2 and 4 inches) high.

For Thorp, that was a step too far.

She started an online petition, calling formal workplace dress codes “outdated and sexist.” It gathered more than 150,000 signatures, making it eligible for a debate in Parliament.

After she launched the petition, Thorp said “dress codes should reflect society.”

She added: “Twenty years ago, women weren’t allowed to wear trousers in the same role that I’m doing now. And it’s only because some women spoke up about that and said, ‘We feel like we have a right to wear trousers,’ that that’s changed.”

The British government said the law already forbade companies from discriminating against women, but a report from Parliament’s Women and Equalities Committee found that “discriminatory dress codes” remained commonplace in sectors including the retail and tourism industries.

The committee said it had heard from hundreds of women “who told us about the pain and long-term damage caused by wearing high heels for long periods in the workplace, as well as from women who had been required to dye their hair blonde, wear revealing outfits and constantly reapply makeup.”

The College of Podiatry told the committee that women who wore high heels for long periods had “reduced balance, reduced ankle flexion and weaker muscle power in the calf” and were prone to disabling pain. —AP