Is that a whiff of Virginia Woolf? | Lifestyle.INQ ❮ ❯ 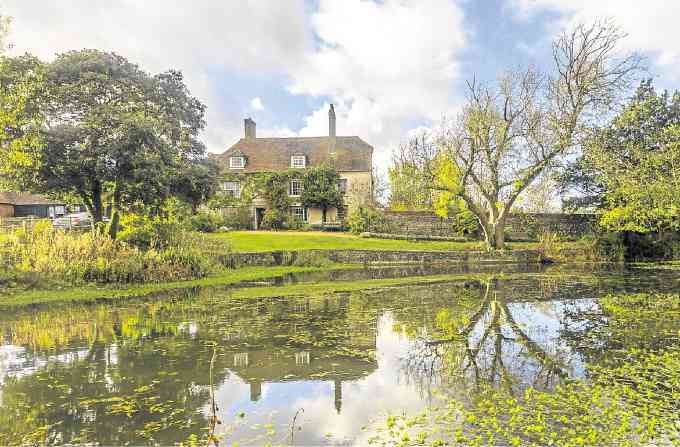 Charleston Farmhouse in East Sussex, where the Bloomsbury set used to gather

Is that a whiff of Virginia Woolf?

How do intellectual aristocracy, unbridled creativity, and unconventional libertine lifestyle smell when concocted into scents?

British perfumer Jo Malone believes it has the answer in its 2017 Brit Collection, The Bloomsbury Set, inspired by the works of an informal group of early 20th-century intellectuals, writers, artists and philosophers, and the East Sussex house where they gathered.

Vanessa Bell, who was married to art critic Clive, lived there for decades with Grant, also a painter and a homosexual, with whom Vanessa had a biological daughter.

“They were, you know, naughty and promiscuous. They slept around and with each other,” Jo Malone brand manager Camille Flores-Oloan said with a laugh at the launch of the limited collection last week.

The Brit Collection is a once-a-year project of the brand,  inspired by British culture and lifestyles. The five-scent Bloomsbury Set will roll out mid-March.

Yann Vasnier, the collection’s master perfumer, was inspired by the house in the English countryside, which still exists today and is open to the public—the lily pond in the garden, the sweet aroma of hyacinth, the musky scent of leather-bound tomes, whisky and absinthe afternoons, waxed floors and paint-smudged hands, the sweet spice of tobacco.

“What I particularly loved about the Bloomsbury Set was the juxtaposition of domesticity and simplicity with this hugely intellectual environment,” Vasnier said in a press handout.

Blue Hyacinth is a vibrant floral that blends blue hyacinth and geraniums with vetiver.

Reminiscent of libraries, anise-tinged absinthe mingles with the notes of artemisia, a hardy shrub; a woody wild plant called cypriol; and rich leather for Leather & Artemisia.

Water lilies and ylang-ylang were blended for Garden Lilies, punctuated by white musk and vanilla.

Whisky, roses, pimento and cedarwood make up the fragrance profile of Whisky & Cedarwood.

Each of the five scents comes in a special 30-ml bottle and box, painted with patterns found at Charleston Farmhouse.