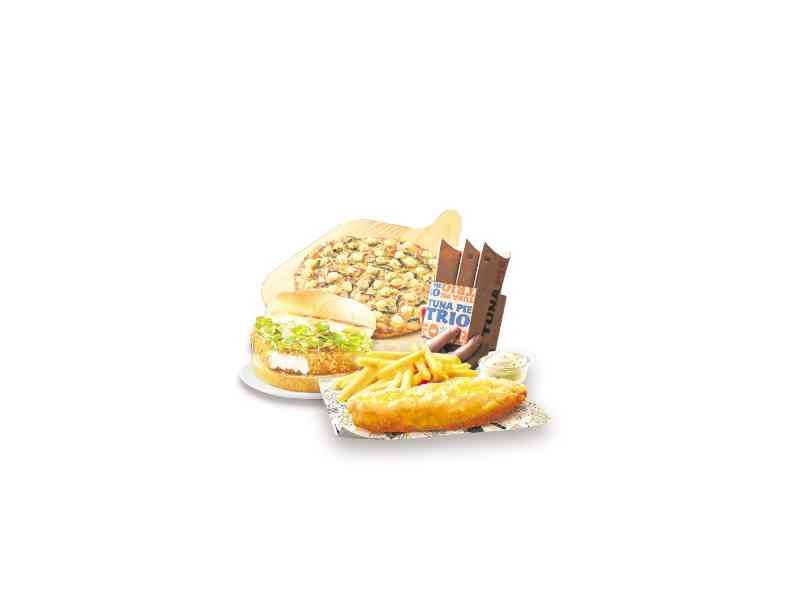 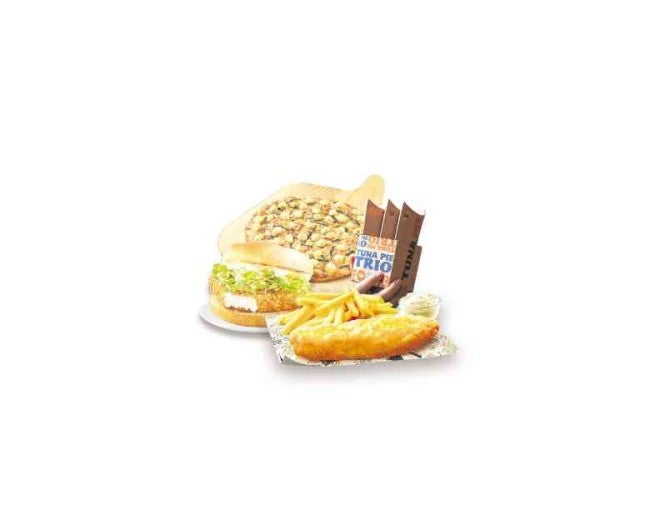 For Catholics the world over, Lent is a time of reflection, fasting and abstinence. On social media, Lent is a time for people to announce what they’re giving up for forty days; others hit two birds with one stone by giving up carbs and therefore take the forty days to simultaneously prepare for the inevitable slew of beach trips.

For fast food places and restaurants, it’s also the time of the season to roll out inventive ways to give diners a way to abstain from meat while still indulging in their favorite fast food joint.

Meanwhile, some fast food joints have given up altogether, preferring instead to repackage their nonmeat stuff (for others it’s mostly fries or onion rings) and post a timely social media photo to encourage diners to skip their meat menu and go for these instead.

Super went around a quick and dirty fast-food run to give you the skinny on which Lenten bites you shouldn’t miss and eat for forty straight days before they disappear.
McDonald’s Fish and Fries

McDonald’s takes inspiration from the quintessential English snack fish ‘n’ chips and rolled out their own version—fish and fries— for Lent. No, these aren’t served on newspaper sheets, just a carton with the fish fillet and fries thrown in. If you think this is merely the intersection of the Filet-o-Fish patty sans bun and McDonald’s fries, you’re sorely mistaken.

When we ordered this for delivery, we expected the fish to become soggy, as with most battered stuff that is consumed much later when it comes out of the fryer. Instead, we were pleasantly surprised to find that the fish remained crunchy on the outside and moist and juicy on the inside. The tartar sauce was just right (you can also choose to switch this out with sweet ‘n’ sour sauce or thousand island dressing). Not feeling Brit enough? Not to worry, you can ditch the Fish and Fries and go for Fish and Rice instead, which hits the right spot when paired with the sweet ‘n’ sour sauce.

Shakey’s original Friday special was so good that it’s become a mainstay flavor in their pizza lineup. This summer, they’re back with a limited-edition seafood pizza highlighting the scallop. Scallop Primo is described as a “premium seafood pizza loaded with mouth-watering baby scallops, crab kani, basil strips and parsley flakes.” While this pizza is originally intended as a summer release and not made specifically for Lent, it’s something that’ll make your meat-free Fridays something you’ll look forward to.

We miss Wendy’s original Lenten shrimp sandwich, as they were the only fast-food joint that had this, and it was a very good shrimp sandwich at that—it tasted like a specialty sandwich you’d find at a hipster Japanese-inspired food truck. This season, they’re going with a fish sandwich made of Alaskan pollock, a “milder taste with a delicate texture.”

The Jollibee Tuna Pie reappearance during Lenten season is as expected as the ash on our foreheads come the first day of Lent. We wish the tuna pie would not leave us, but like all good things in the fast food world, it must come to an end… that is until next year.
SUPER RANKING:

What can we say? These bite-sized pies with its crisp, sweet shell and tangy tuna filling have got our “fish” prize nod.

So Gordon Ramsay tweeted that he wasn’t a fan of this, but we think he should’ve had a chance to take a bite out of this crispy, juicy marvel to change his mind. We end up looking forward to Fridays because of this.

We’re crossing our fingers that this makes it on the mainstay menu, too.

We enjoyed the Alaskan pollock, but our taste buds still yearn for the shrimp sandwich.