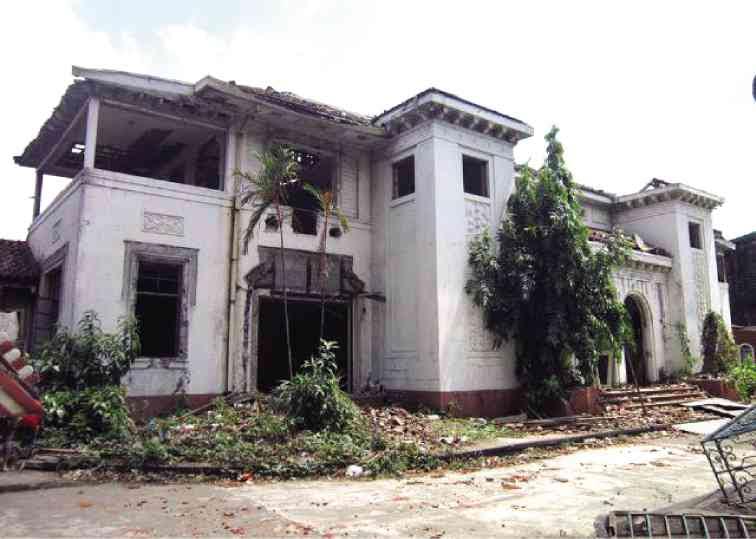 Cleared by the National Commission for Culture and the Arts (NCCA), the developer of the Carlos Palanca property on Taft Avenue in Pasay City has gone ahead and razed to the ground the once grand residence of American-era liquor mogul Don Carlos Palanca.

The structure was subject to an NCCA cease-and-desist order in March 2015.

The Inquirer learned of the demolition recently but the structure had already been completely razed to the ground last July, records showed.

Heritage Conservation Society (HCS) trustee Isidra Reyes, who had petitioned the NCCA in 2015 to issue the CDO, expressed her dismay and shock.

She said she had never been formally informed by the NCCA of the CDO withdrawal.

The property’s developer, Huang Hsiang J. Development Corp. (HHJDC), said it was planning to build a condominium building, correcting earlier reports that the property would give way to a bus terminal.

The CDO was lifted in November 2015 after the NCCA reportedly adopted HHJDC’s “Proposed Site Development of the Carlos Palanca Sr. Ancestral Mansion—in Lieu of Its Near-Total Demolition and Lost Cultural & Heritage Value.”

Reyes said she had known of HHJDC’s development plan. It included a scale model of the mansion in the condominium.

“After I submitted my reply to NCCA and Atty. Ian Pangalangan [HHJDC legal counsel], Atty. Trixie Angeles [consultant of then NCCA chair Felipe de Leon Jr.] tried to convince me to accept Huang Hsiang’s offer to put a miniature model of the Carlos Palanca Mansion in the lobby of the Pisces Condominium which Huang Hsiang was building on the property,” Reyes said. “After that, I never heard from NCCA nor Pangalangan.”

Reyes said the order to lift the CDO could not be final and executory since the NCCA did not serve her a copy of it. She added she should have been given the opportunity for making an appeal.

Palanca was a noted businessman, philanthropist and lover of Philippine culture and the arts. In his honor, the yearly Palanca Memorial Awards for Literature was established by his family. —CONTRIBUTED