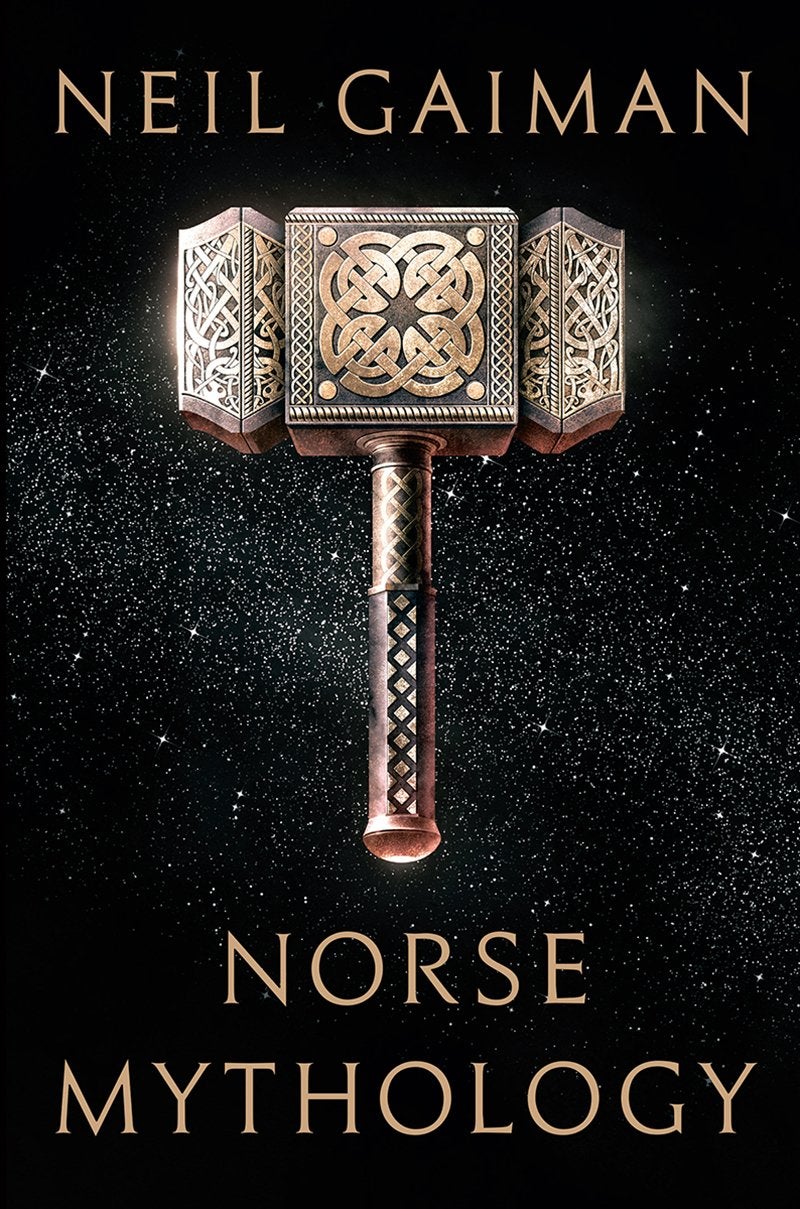 Thor and Odin story retold by Neil Gaiman with style 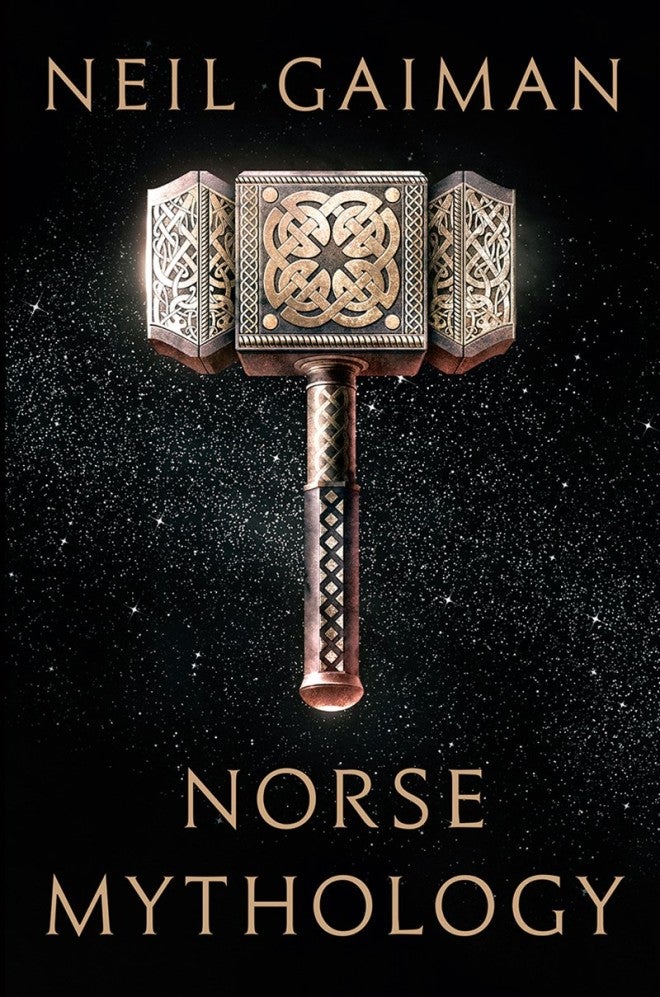 Regardless of the literary form he’s employing, Neil Gaiman loves mythology. In his iconic comic book series, “The Sandman,” Gaiman deals with pantheon after pantheon of gods and goddesses from all over in the “Season of Mists” story arc. He reimagined other ancient gods in a modern setting in his 2001 novel, “American Gods,” which will be brought to the TV screen next month.

But if there is one particular pantheon Gaiman clearly enjoys working with, it is the Norse pantheon—one-eyed Odin, hammer-throwing Thor, deceptive Loki and company. These are truly old tales, most likely first written down in what is now Scandinavia in the 13th century.

Gaiman knows these stories well. A new interpretation of Odin stands at the heart of “American Gods.” But that’s just the beginning.

In the introduction to his newest book, “Norse Mythology” (W.W. Norton & Company, New York, 2017, 293 pages), Gaiman readily admits to savoring the flavor and scope of the Norse tales. Now he gets a chance to tell them his way.

Like many, Gaiman got his first ideas about Norse gods through Stan Lee and Jack Kirby’s vigorous tales of “The Mighty Thor” in Marvel Comics, or even through the big-budget Marvel Studios movies with Chris Hemsworth as Thor. But those colorful tales only take the rudiments of the ancient legends and turn them into sci-fi superhero stories.

Most recently, author Rick Riordan has modernized various pantheons in his unearthly successful “Percy Jackson” series. But that’s not was Gaiman is trying to do doing here. He’s not trying to do what Edith Hamilton did with her 1942 book “Mythology: Timeless Tales of Gods and Heroes,” either.

Hamilton’s book was more a definitive reference work. While Gaiman’s “Norse Mythology” boasts both a presentation of “The Players” early on and a glossary afterward, the book is all about retelling the old stories.

“I hope I’ve retold these stories honestly, but there was still joy and creation in the telling,” Gaiman explains in his introduction. “That’s the joy of myths. The fun comes in telling them yourself—something I warmly encourage you to do so, the person reading this.” That means this is the perfect new project for Gaiman.

In “Norse Mythology,” Gaiman takes the originals and retells them in a way that only he can. He condenses the stories, divides them into individual narratives and then uses his distinctively stylish prose to give the gods, goddesses, giants and other mythical creatures personalities and flaws.

He mixes the folk stories (how the salmon got its shape or what causes earthquakes) with the central narrative of the Norse gods’ epic tale.

The best of the standalone tales is the origin of poetry, “The Mead of Poets.” The giants of Jotunheim, the Midgard serpent, the dwarves, the Aesir, the Vanir and the world-tree Yggdrassil—they’re all here.

Gaiman demonstrates how these ancient stories remain enthralling because the tales are about love, sex, murder, avarice, gluttony, the accumulation of possessions and the struggle for ultimate power.

Readers will be dazzled by the array of divinity being presented. They’ll be surprised by how powerful Thor is—but also alarmed by how dim-witted he is. Odin is particularly inscrutable, more of a mysterious overseer than a leader.

But the big surprise star of “Norse Mythology” is the shape-shifting trickster god Loki, a favorite of Gaiman’s. Less the haughty super-villain in comic panels and the big screen, this Loki is a truly malevolent, cruel and treacherous force fated to bring about the end of the Norse gods’ days.

That ending is, of course, Ragnarok. Norse mythology is special in that it tells not only of how the Norse gods came to be, but also how they will meet their end.

“Norse Mythology” is Neil Gaiman’s tidy, terrific book of legends and, fittingly, Ragnarok, the final chapter in this book, is spectacular: “I shall tell you how it will end, and how it will begin once more. These are dark days I will tell you of, dark days and hidden things, concerning the ends of the earth and the death of gods. Listen, and you will learn.”