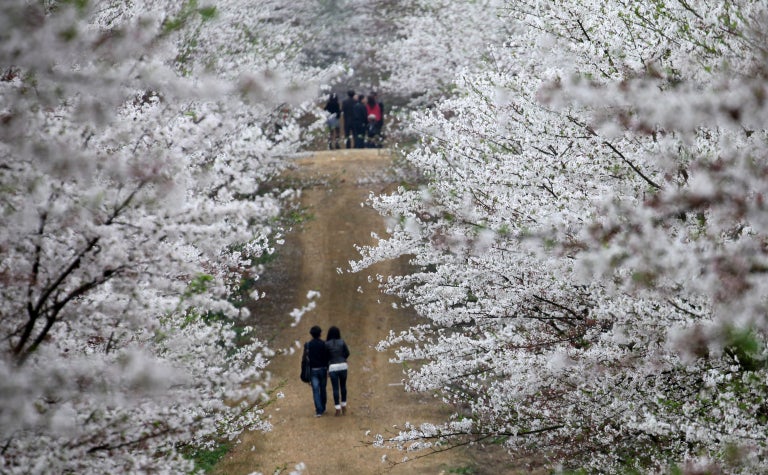 An annual phenomenon that turns 12 square kilometers into an eruption of pink peach blossoms has begun in a region in mid-western China, the largest peach blossom field in the country.

For about a month, visitors will behold a spring phenomenon in which 600,000 trees blossom in silent coordination, turning Guian New Area into a sea of pink flowers.

Guian New Area is a special, economic-development zone designated by the Chinese government to attract new development and investments.

Thanks to nearly 20 species of peach trees that stagger the blooming period between early and late March, the flowers are expected to last until early April.

After taking selfies with the trees and breathing in the sweet scents of the heavily perfumed air, tourists can also visit the pre-historic Niupodong Cave Site, one of the biggest archaeology discoveries in China.

Development in the region also includes the opening of theme parks, a lake resort, hot springs and a cultural heritage park featuring the customs of Guizhou’s 17 different ethnic minority groups.

It is estimated that the region attracted 3.8 million visitors in 2016. JB

Where to best enjoy cherry blossoms in Japan