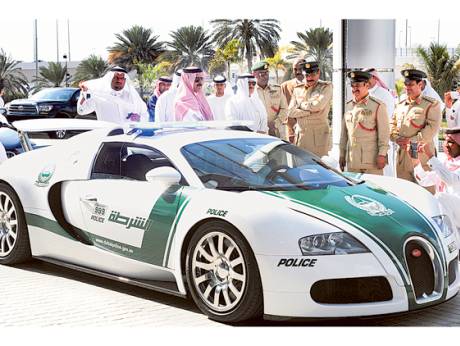 The Dubai Police recently gained major bragging rights when Guinness World Records named their police cars as the fastest in the world.

The Dubai police force deployed a Bugatti Veyron as part of their fleet of luxury police cars. It is also the crown jewel of the fleet. The Veyron is equipped with a 16-cylinder engine that roars out 1,200 horsepower for a top speed of 407 km/h. The car can reach 100 km/h in just 2.5 seconds.

In contrast, the United States has a Lamborghini police patrol car that has a maximum speed of 360 km/h.

These luxury cars serve their purpose by enhancing the presence of the police force at landmark tourist sites, such as the Burj Khalifa and Shaikh Mohammad Bin Rashid Boulevard.