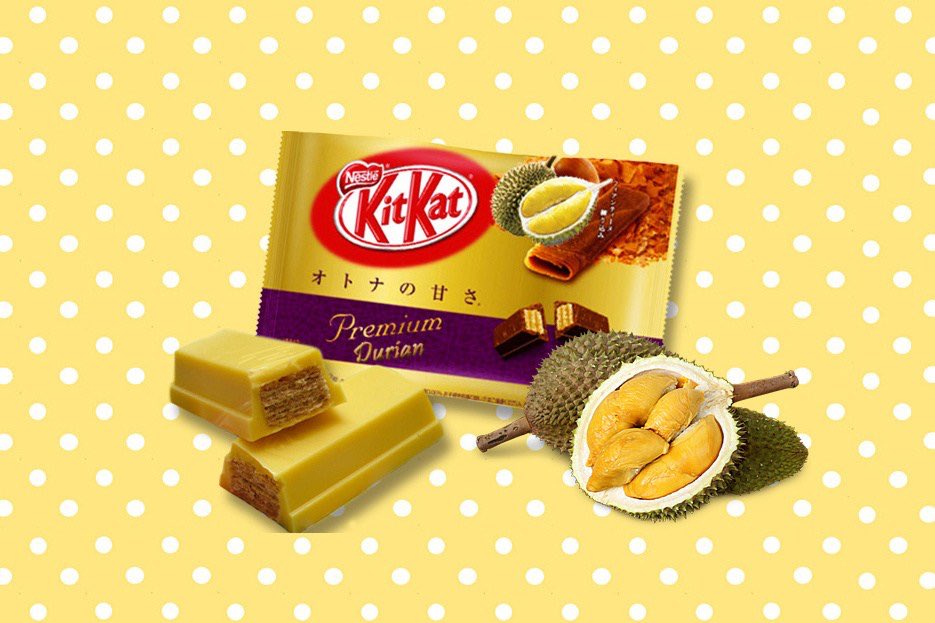 One of the smelliest fruits in the world, many both love and hate the durian. And yet a curious bid could result in a durian-flavored Kit Kat.

As a means to help boost tourism, Thailand sent in a list of suggested local delicacies that they believe would be ripe for a Kit Kat flavor, reports RocketNews24.

Kit Kats in Japan are well-known for featuring all sorts of flavor, from green tea to sake, even wasabi. Having a Kit Kat flavor after Asia’s pungent “king of fruits” would be quite a curiosity.

While surprising, this is not the first time that an odd Kit Kat flavor was released. Currently, the title of “oddest creation” would probably go to either Kit Kat pizza or Kit Kat sushi. But if they get the smell right, Durian Kit Kat could be a close contender. Alfred Bayle/JB/rga