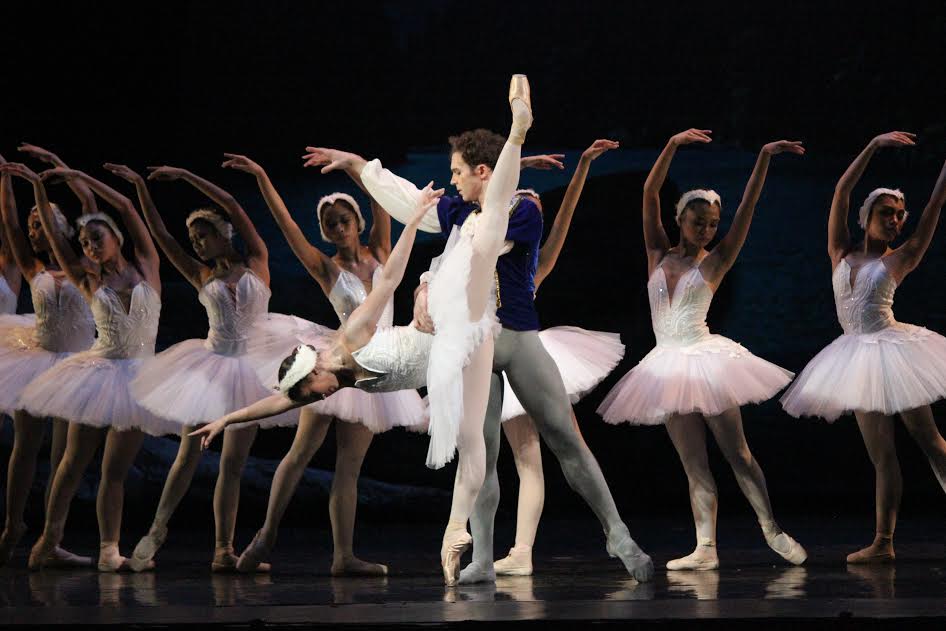 Ballet Philippines’ final offering for the season, “Wings,” took to soaring heights with its glowing production of “Swan Lake.”

Tchaikovsky’s tragic tale of an enchanted princess-turned-swan, cuckolded by her prince who’s been seduced by a cunning enchantress in cahoots with her evil master, has captivated generations.

From the turnout of the crowd on both weekends, the magic of this ballet remains lasting.

The ballet owes its popularity to the exquisite musical score of Pyotr Ilych Tchakovsky, and the technically demanding, yet lyrical choreography by Marius Petipa and Lev Ivanov for the original production that was premiered by the Bolshoi Ballet on March 4, 1877.

BP’s restaging is within the 140th anniversary week of the Russian ballet’s premiere.

BP has redeemed itself with the “Swan Lake” restaging.

Last season was capped by the set-laden production of “Opera,” Gabby Barredo’s installation (quite amazing when viewed as a walk-in gallery piece), worked against all precepts of choreography by overshadowing the dancers who were literally swallowed up by the ginormous mechanically driven set.

This season, the twin-bill of historic tales of “Simoun” and “Crisostomo Ibarra,” as well as the pop-driven “Awitin Mo at Isasayaw Ko,” suffered from a lack of cohesive and compelling narrative lines.

“Firebird,” on the other hand, with its ready-made plot line and Igor Stravinsky’s score, demanded more from the re-worked choreography, which was overshadowed by the lushness of the costumes.

(Perhaps the highlight of “Awitin” were the cameo roles played by BP alumni dancers Nonoy Froilan and Edna Vida, exhibiting their defiance of seniority and unfading stage presence and technique.)

In “Swan Lake,” it was almost as if the dancers mustered a collective urge to put their best pointes forward. From the corps that would begin and end a variation in a unified breath (even when it ended in a kneeling position coming from a pirouette), to the soloists in their respective divertissments, to the three pairs of leads who alternated, the pursuit for technical perfection was obvious at every turn.

The three pairs of alternating leads interpreted their roles distinctively, making it pleasantly obligatory to watch all three versions. Perhaps the youngest and newest couple were Jemima Reyes and Victor Maguad, both known for their strong and energetic techniques.

As the Black Swan Odile in this production, Reyes did not disappoint in completing the fouettes. Reyes and Maguad more than made up for their diminutive physiques with their grand gestures.

There was sleek elegance in the rendition of multi-awarded guest dancers, Candice Adea and Joseph Phillips of the Mariinsky Theatre.

A former principal dancer of Ballet Philippines, Adea’s coming home performance was long-awaited. She did not disappoint as the fragile and helpless Odette with her clean technique and natural beauty.

Phillips, on the other hand was strong in his multiple pirouettes, ending in a clean fifth, as well as in his effortless leaps.

It would not be right to say that the performances of Garry Corpuz and Denise Parungao came as a surprise. These two dancers have consistently raised the bar for themselves with each season, and with their debut as leads in “Swan Lake,” they cemented their worth to headline future productions.

Corpuz has always cut an elegant figure with his height and Byzantine-like dusky looks. His strength and stage presence as a lead dancer is clearly palpable, and in “Swan Lake” he gave vent to an actor’s streak. This was evident in his heartbreaking collapse after his character realized he had been deceived at the end of Act III.

The few fumbles are forgivable in the light of his over-all princely carriage and abilities.

Parungao, it is true, did not complete the 36 fouettes and instead substituted a series of chainees to fill in the remaining dance phrases. But what are a few missed fouettes in the light of an overall breathtaking performance and characterization? Or seeing her every sinew in agreement with her emotions, delivering the message with nary a word?

Narrative ballets have this added demand that the story is conveyed through mime and acting. Parungao’s wordless statements came across clear. Her shift from the love-struck, frail enchanted princess to the fierce and cunning Odile was so marked that she could have been two different dancers.

In both characterizations, Paruangao nuanced her character not just with the prescribed little swan-like head shakes, but with her entire being, whether through knowing glances, evil smirks, a full undulation of her body wracked with disappointment and grief, or a full upper body stretched out in deep longing. Hers was pure dancing at its tantalizing best.

The inclusion of two dancing Rothbarts played by guest Patrick John Rebullida (as the human Rothbart) and Lester Reguindin ( as the monster Rothbart) added tension to the story.

In many versions, Rothbart simply makes his threatening appearances and gestures but hardly dances. The role is usually assigned to retired company members with imposing physiques who can manage to strike fear in swan’s hearts.

The dancing version of Rothbart allowed a more graphic interaction among the three characters in the ballroom scene of Act III. (Eugene Obille and Danilo Dayo alternated in the roles, which unfortunately this author did not catch.)

Dancing and music are inseparable partners. There was clearly something different in the melodies arising from the pit, with the Philippine Philharmonic Orchestra, led by conductor Yoshikazu Fukumura. The colorations of Tchaikovsky’s score, whether it was the tender pas de deux with the tear-jerking violin solo in Act II, or the bombastic Odile variation in Act III, the crescendos and diminuendos, allegros and adagios, inspired the dancers to emote accordingly, it seems.

During the nights where the orchestra performed, dance and music were one, as indicated by the thundering applause and standing ovation for the orchestra and Fukumura in the end.

All could have been perfect were it not for a lack of discretion for the set and light designs.

The prologue and Act I opened to what seemed like a front yard of a mere nobleman’s country house with a rustic stone-blocked fence, except that the rendition of stone registered as sand bags. On stage left were unadorned mid-century-like wooden steps which looked quite steep and narrow.

In Act II, the overpowering gigantic tropical-like evergreen leaves that decorated the proscenium moving into stage proper, slowly and thankfully diminished into a vanishing point, framing the lake and its scape that recalled a tropical island with its turquoise water and smooth rock formations. (It may have been pretty, but not for a chilly, enchanted Russian setting inhabited by a form-changing monster and his enchanted swan flock).

The palace interiors in Act III could have gotten away with its deconstructed Gothic arches, had they not been accented by giant Baroque candelabras. (There is, after all, an art to eclecticism.)

The palace doors and the back wall of the throne area were adorned by what translated to simplistic kindergarten school drawings of swans.

It didn’t help either that the inconsistent lighting design would, many times, usurp the mood instead of enhance it.

The attempt at realism by utilizing video clips projected on the set needs to be studied further. Some commented that the set innovations purposely veered away from the traditional setting of the ballet in an attempt to update and modernize the piece.

Well and good, but perhaps the better option would be to take a completely radical turn as choreographers Mark Morris and Mathew Bourne have done in re-vamping production designs and choreography from the classical to post modern. The classic then becomes a new creation, and if successful, becomes a new classic itself.