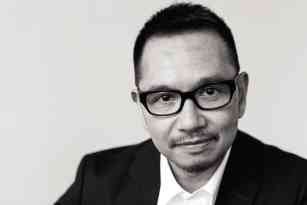 The New York Times described Filipino designer and gallery owner Federico de Vera as “an aesthetic savant with an Enlightenment viewpoint” and a “design alchemist.” De Vera got the praise for his creative eye and atmospheric displays that elevate recycled cast-offs into the sublime.

De Vera will curate an exhibit of Filipino artists in New York this May. The exhibit is done in collaboration with Pinto Gallery and the Asia Society.

The selection of artists must appeal to the New York society. Among the featured artists is Ronald Ventura, whose “Greyhound Painting” made news with its record-breaking Sotheby’s price of HK$ 8,420,000 (the equivalent of P47 million) in 2011, in the modern and contemporary Southeast Asian paintings category.

Born in the Philippines, De Vera studied architecture at the University of Santo Tomas, then migrated to San Francisco for further studies.
After working for several galleries, he opened his first eponymous gallery-store in San Francisco, which became known as a virtual cabinet of curiosities for its rare artifacts, objets d’art and finds from the natural world.

It drew admirers as well for De Vera’s jewelry, repurposed from historical components, and his unconventional assemblages of relics and antiquities, integrated with crystal and coral, glass, feathers, ostrich eggs, diamonds and precious stones.

His surreal creations tell stories. An antique hand holds a diamond as if it were a drop of water. A diamond briolette is suspended from an oval-shaped piece of coral with a pearl at the center—an image of a teardrop falling from an eye.

He has since moved to New York’s Upper East Side, where his store was described by Elle Decor as “ethereal” and as “temples of display—as much galleries as retail environments.”

It attracts a clientele of designers, art cognoscenti and the elite. Former US First Lady Hillary Clinton buys figurines and necklaces. De Vera made two necklaces for her, one of which was sold in an auction to raise funds for her senatorial campaign in 2000.

De Vera has been frequenting the Philippines to scavenge for unusual finds for a planned exhibit at the Ayala Museum on Nov. 16.
The working title, “Found in the Philippines: A Connoisseur’s Eye,” will recreate the atmosphere of his store but in a museum setting.

“The collection will be about the things that I find interesting in the Philippines—sculpture, bulul, abstractions, art by famous and unknown artists, objects, antique jewelry—anything. It’s as if I’m buying them for myself,” he said.

He’s been scrounging for cast-offs in people’s collections, galleries and museums. One of the most important pieces came from the elusive connoisseur Paulino Que.

De Vera’s works have appeared in his self-published coffee table books, “De Vera Objects” and “De Vera Jewelry.” Priced at $185, the books are nearly sold out. The special edition has a gold-trimmed slip-case, with the two books having gold-tipped pages and a collage for each book.

“I think about how can I be more diverse. I’ve been doing this for a long time. I don’t want to get bored, so I’m challenging myself,” he said.

He is planning his third book, which will focus on his creations that people don’t know about or have never seen. For instance, a piece of white coral, a diamond, a doll leg, a South Sea pearl and a black pearl are assembled to resemble an unusual lariat.

“I just hang it. You can’t wear it because it’s too fragile. It’s just to look at,” he said.

An ivory santo’s head rests on top of an antique silver spoon, encrusted with diamonds. Black feathers pop out of an ostrich egg, adorned with amethyst, red coral, Venetian glass and gilt silver. A whale tooth with 18k-gold trim and a goose egg dangle from a steel cage.

“I’m starting to make more ‘useless’ things like sculptures, but they are like jeweled sculpture ,” he said. “I think that’s one of my specialties. I look at things that are taken for granted and show them in a different light.”

Both his jewelry and sculpture are never symmetrical, because many of the components are rare finds. Nonetheless, he wants to reveal beauty through their imperfections.

“They are decorative. You can’t wear them because they’re too big and are too delicate. At the same time, they are beautiful, like pieces of jewelry that translate into objects.”

De Vera works with a jeweler and metalsmith who understands his aesthetics. “Making custom jewelry is expensive. When people buy jewelry, they don’t realize they’re produced in a workshop where each piece is transformed into a one-of-a-kind item, not in factories that make stuff by the hundreds.”

“These are the things I want, so I don’t really care. I’m just making them for myself, but people will buy them eventually.”—CONTRIBUTED