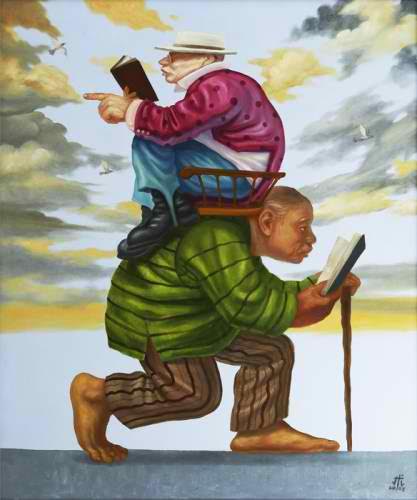 In partnership with the Asian Cultural Council, the auction was held last Feb. 18 at Makati City.

The proceeds from the sale will go to the Asian Cultural Council’s grant giving program, which will benefit artists for further education and international exposure.

Mauro Malang Santos set a new world record with his 1972 oil on canvas “Red Sky,” which was sold for P7.2 million. It broke León Gallery’s own record for the artist set in June 2016 for “Tres Marias” at P6.42 million.

Ang Kiukok’s 1989 oil-on-canvas “Rosary Queen” also set another world record, with the painting being sold for P15,625 per square inch.

Also a highly sought-after piece is Annie Cabigting’s 2010 oil on canvas “This Is My Painting If I Paint It. This Is Your Painting If You Paint It (After Reinhardt).” It was sold for P8.18 million, breaking Sotheby’s record set in 2014 for “My Grotesque (After Cordero),” which sold for $109,000.

Lao Lianben’s 1979 acrylic-on-marine board “Under the Influence of Moonlight” was sold for P5.61 million, breaking León Gallery’s own record set in 2015 for “Wood Void” which sold for P5.37 million.