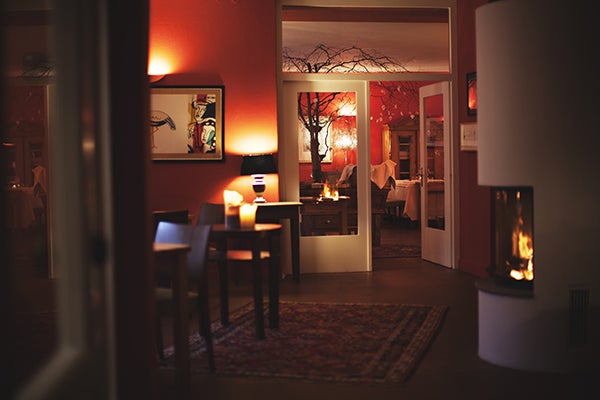 The United States has emerged an early leader in the World’s 50 Best Restaurants awards, taking nine spots on the second half of the list which ranks the top 51 to 100 restaurants.

In advance of the 2017 edition of the awards set to take place in Melbourne next week, organizers of one of the world’s most influential gastronomy rankings released the bottom half of the list, which represents 24 countries.

After the U.S., Spain and France tied with the second-highest number of restaurants with four addresses each.

Notable movers and shakers this year include chef David Chang’s New York hotspot Momofuku Ko, which leapfrogged 39 spots to number 58, the highest-ranking U.S. restaurant on the list so far.

The highest new entry, and also the recipient of the “One to Watch” award which was previously announced, is Barcelona restaurant Disfrutar, where El Bulli alumni Mateu Casanas, Oriol Castro and Eduard Xatruch serve unexpected dishes like transparent, gelatine penne pasta and deconstructed whisky tart, which invites guests to wash their hands in whisky and inhale the scent as they eat.

A total of 11 new restaurants managed to crack the top 100 list, including Atelier Crenn in the U.S. by chef Dominique Crenn (83), Mingles in South Korea (89), Kadeau in Denmark (94) along with Sushi Saito and Florilege in Japan (97 and 99).

Likewise, Hisa Franko in Kobarid, Slovenia made its debut this year at number 69, while chef Ana Ros bagged the title of world’s best female chef 2017.

Next Wednesday, all eyes will be on Italian chef Massimo Bottura, whose Modena restaurant Osteria Francescana is currently the titleholder of the world’s best restaurant.

The results will be announced in Melbourne on April 5, and the event will be livestreamed beginning 11 a.m. GMT at Finedininglovers.com. JB