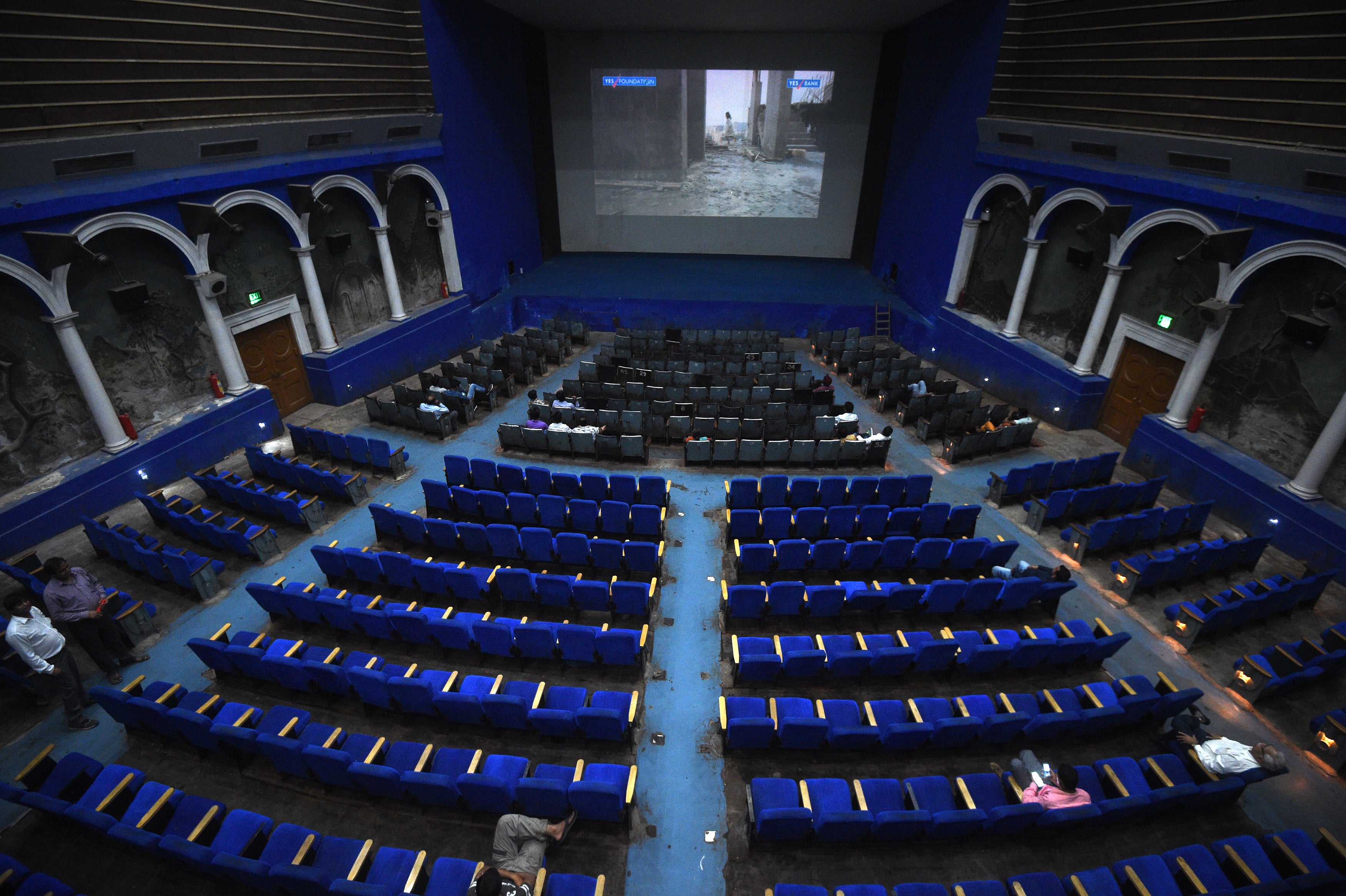 This picture taken on March 27, 2017 shows spectators waiting for a film showing at the Regal cinema, an 84-year-old movie hall, in the heart of the Indian capital New Delhi. After years of slow but steady decline the colonial-era Regal cinema, a New Delhi institution, is enjoying a late flourishing -- sadly just as it is about to close its doors. / AFP PHOTO / Dominique FAGET

Lights out go out at historic Delhi cinema after 84 years

After years of slow but steady decline the colonial-era Regal cinema, a New Delhi institution, is enjoying a late flourishing — sadly just as it is about to close its doors.

Manager Roop Ghai says families have been flocking to the crumbling white building at the heart of the Indian capital since learning that it is shutting down, a victim of competition from the gleaming multiplex cinemas springing up around the city.

“People are coming in much larger numbers than they have in recent years, especially older people who have many memories linked to this cinema hall,” he told AFP at the Regal, which closes on Friday.

“We are happy to be busy again, even if it is only for a few more days.”

The Regal is one of India’s oldest cinema halls — when it first opened its doors in the 1930s, the country was still a British colony.

In the ensuing decades it hosted everyone from the last British viceroy Louis Mountbatten to independent India’s first prime minister Jawaharlal Nehru and his daughter Indira Gandhi as well as Bollywood legend Amitabh Bachchan.

But many young Indians now prefer the air-conditioned comfort of the out-of-town multiplexes, which offer a far greater choice of movies than the old single-screen cinemas.

Among them is Amita Raj, who was visiting the Regal for the first time despite living nearby.

“I wanted to see it and watch a movie here before it shuts in the next few days,” she said as she queued to buy her ticket.

The building may survive as a cinema — its historic facade cannot be altered, but its owners say they will try to get permission to eventually turn it into a multi-screen cinema.

But the closure will be the end of the road for Ramesh Kumar, who has worked as a projectionist for 44 years, 23 of them at the Regal.

He regretted the cinema’s closure because unlike modern multiplexes, it was affordable for all.

Tickets for a matinee at Regal cinema cost as little as 100 rupees ($1.50), going up to 200 rupees for a prime “box” seat — around half of what multiplexes typically charge.

Audiences can expect to pay as much as 1,200 rupees at a sleek, suburban multiplex with faux leather recliners and more expensive confectionery and popcorn.

But he said the building had not been properly maintained of late.

“No one paid (enough) attention to it. If someone had taken care of it, we wouldn’t have reached the situation where we are today,” he said.

The final straw for the Regal’s owners was the recent collapse of another building in the historic Connaught Place complex where it is located.

Municipal authorities have since launched a crackdown on buildings violating structural safety regulations and the necessary repairs would have proved too onerous to be worthwhile.