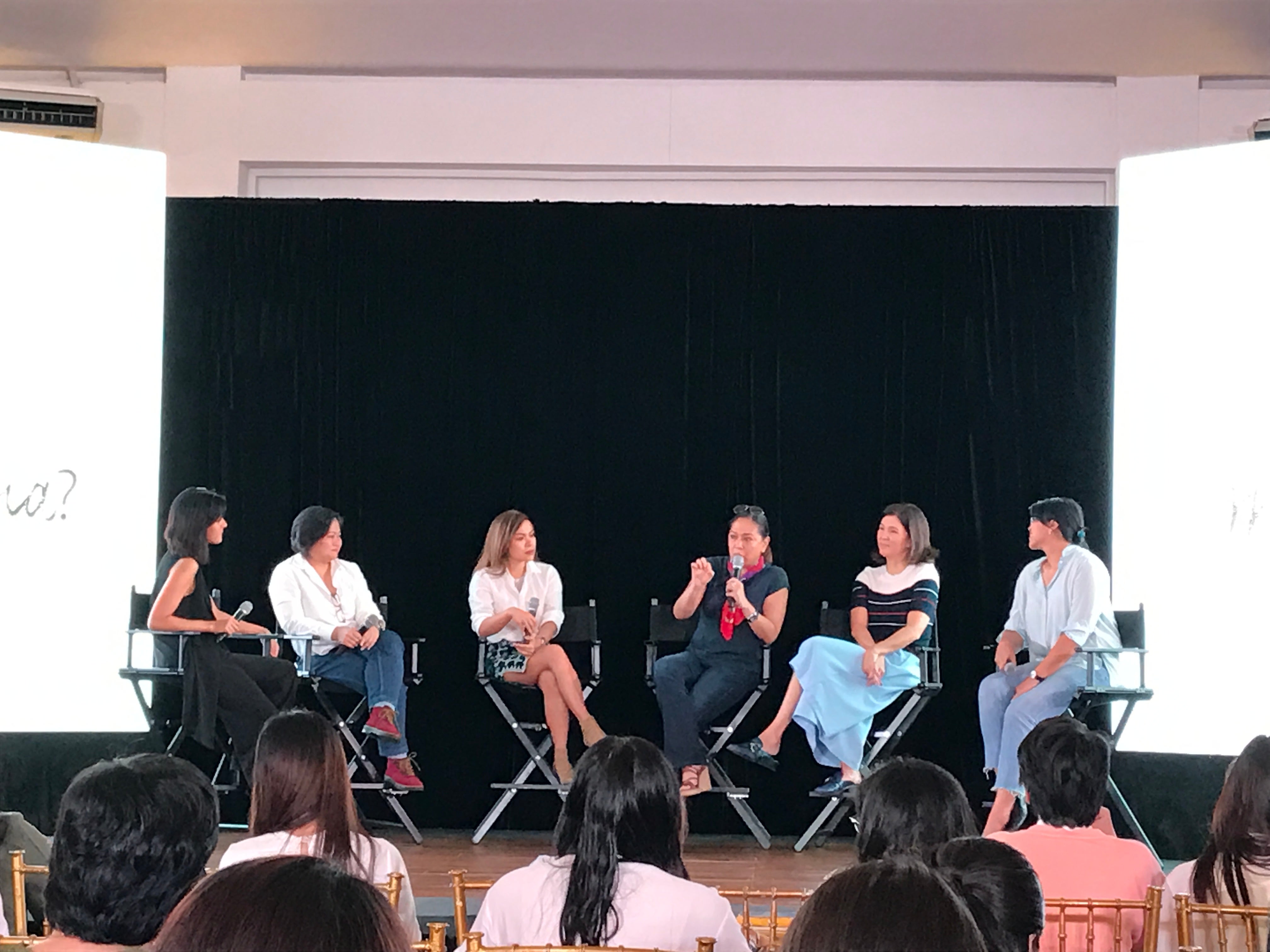 Every Girl Can: Modern Filipinas breaking the glass barrier

What does it mean to be a modern Filipina?

Stripping for an Instagram post, having one night stands, being disrespectful, drinking alcohol all day, she said, doesn’t make one “modern.”

“This is what modern is today. Can you think for yourself without Facebook, without Instagram telling you how to think? Do you still have the integrity of your own thoughts? Can you stand to your own decisions?” Davila said during the Every Girl Can forum at Blue Leafs Events Pavilion in Taguig last March 18.

Davila said being a modern woman means being able to earn your own money instead of just being content to marry a rich man.

Being modern is when you can go against the tide, and say, “This is who I am.”

Hosted by Sarah Meier, who co-spearheaded the event, Every Girl Can was a one-day forum organized by She Talks Asia and Mano Amiga Pilipinas in time for Women’s Month.

Every modern Filipina has her strength—and strength comes in different forms. Kickstart Ventures, Inc. vice-chairman and president Minette Navarete said that kindness is not weakness.

“To be strong does not mean you have to be like a man. We have a different way of being strong. Find what it is about you that makes you strong and go for it. You don’t have to pretend to be angry and aggressive. You can succeed by being yourself,” Navarete added.

RockEd Philippines founder Gang Badoy said, “I don’t think the strength of a woman [should be measured] when they’re angry or ugly. I think we’re strongest when we’re gentle. We have aces that [men] don’t have.”

Senator Pia Cayetano also weighed in, saying that women have the power to adjust.

“We can be fierce when needed, or more calm in other situations,” she said.

Meanwhile, Davila urged women invest in education and take a stand. “It’s about getting an education. Invest in yourself. It’s really about what you stand for,” she said and reminded, “You are your own wealth.”

“Money will fizzle out but no one can take away your knowledge,” Barretto said.

“Always learn. Even the best of the best study. Knowledge—nobody can take that away from you,” she added.

Addressing young girls in the venue, Karen Davila said, “We have come to an age where everything’s been fought for. You all have it.”

“The question is, when you’re making these choices, who are you making them for?” she asked.

She then quoted Hilary Clinton to warn them of the dangers of “attaching adjectives to women” as a form of disempowerment. “There’s a pressure for girls to look a certain way,” she said, emphasizing the importance of promoting one’s inner beauty and intelligence.

If you still do not know where you’re going, or if you haven’t laid a path for yourself yet — it’s okay, life coach and motivational speaker Pia Acevedo assured.

“In understanding [your uncertainty,] it’s your first step to clarity. Having the strength to admit that you don’t know gives you reason to not force yourself to be okay,” she said.

Acevedo also urged that people should focus on what matters, and making life meaningful.

During the millennial panel, student activist Monica Magsanoc responded to the question about this generation’s attitude with, “We’re not entitled to success. That’s not what we believe. We’re entitled to the same rights and opportunities.”

“Being a millennial, I just learned how not to care,” restaurateur Thea De Rivera answered when she was asked how she deals with people criticizing her for not having formal training in handling a restaurant.

“Maybe they think, you can do that because you have this, or you came from Ateneo, this and that, but at the end of the day, it’s all about what you do and your hard work, and I feel like you’re the only person who can tell yourself what you can and can’t achieve,” De Vera added.

Jasmin Curtis-Smith also took time to share her experiences in the entertainment industry, saying that usually, female actresses are always paired up with male actors.

“But here I am, going against it — I don’t wanna be in a love team. I don’t wanna be with just one guy for all my projects because where’s the diversity in characters there? Where’s the diversity in representing every type of person? And people in my industry see that as, ‘Why do you think you can make it on your own? Why do you think you’ll be more successful without being paired up with another actor?’” the actress said.

“Why is that even the structure here? Why can’t I be a solo female, striving on my own, and achieving success on my own standards?” she added.

Learn how to deal with people on Social Media

With today’s technology, people can easily say what they want on social media. On getting into social media fights, director Sam Lee shared her rule — if you can’t say it to someone’s face, then do post it on Twitter or Instagram.

J Patty Tiu agreed, saying, “There are times that it’s below the belt already and you need to speak up. But if you think it’ll only make it worse, then don’t say anything,” she said.

“Social media is such a double-edged sword. It can be a platform to make girls insecure. Or you can harness its power to support a cause,” Magsanoc, who used social media to make a stand against Marcos burial said.

And if you’re receiving social media hate, De Vera has a piece of advice: ”You need to stand firm in what you believe in. You just do what you have to do.” JE