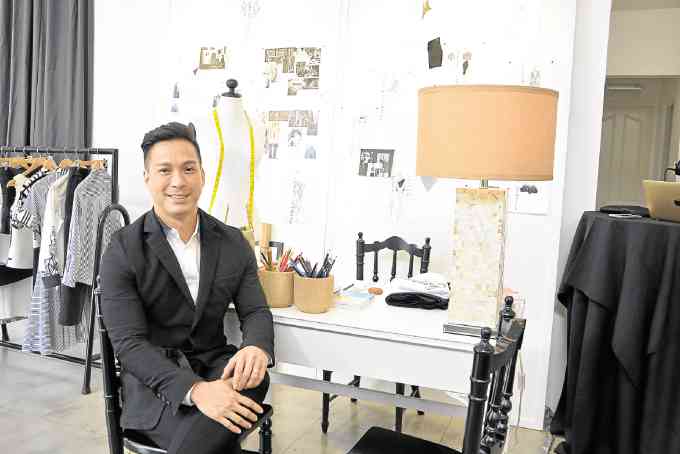 The entry of foreign fast fashion brands in the last few years has posed a threat to local players. Some consumers tend to go for trendy pieces they can wear a few times and easily replace when a new trend comes along.

Instead of being threatened, however, Anna Marie Lagon, creative director of local apparel brand Bayo, saw the new retail climate as a challenge.

“So far, our numbers are still up,” she told Lifestyle. “The global brands are a good addition to the market. We’re now more conscious about what is new, our pieces are comparable, and we’re always on our toes.”

Lagon and husband Leo bought the brand several years ago.

“When we took over, Bayo was down to 28 stores,” he said. “Now we have 44 branches nationwide and we plan to open 14 more this year alone.”

The Lagons, who also own the Unica Hija and Viseversa apparel brands, are celebrating Bayo’s 25th anniversary this year with a collaboration with evening wear designer Francis Libiran. Instead of long evening wear, however, the designer has come up with ladies’ separates that one can dress up or down.

Items include sleeveless shells, long-sleeve tops with printed collars and cuffs, and short dresses made of neoprene.

“Unlike other local apparel brands, we can design our own prints and manufacture our own clothes. Because of this we are able to regularly roll out new items, sometimes even weekly,” Lagon said.

Libiran, who trained to be an architect, described his first collection for Bayo as one inspired by Art Deco. This design thrust first appeared in France before World War I, and influenced the designs of buildings, furniture, jewelry and fashion.

The designer distilled this movement that lasted well into the 1930s with a series of lines that appear on the cuffs, collars and hems of some of the pieces. The new collection is mostly in black and white with a few shots of cobalt blue.

In the next few months, other designs will be released, including one inspired by palaspas, the braided palm fronds used during the Christian observance of Palm Sunday. Instead of a literal translation, the design will feature a more stylized weave.
Pieces from the FL x Bayo collection are priced from P1,000 to P2,795, and are available at selected Bayo stores nationwide and online at www.styleshops.com.ph