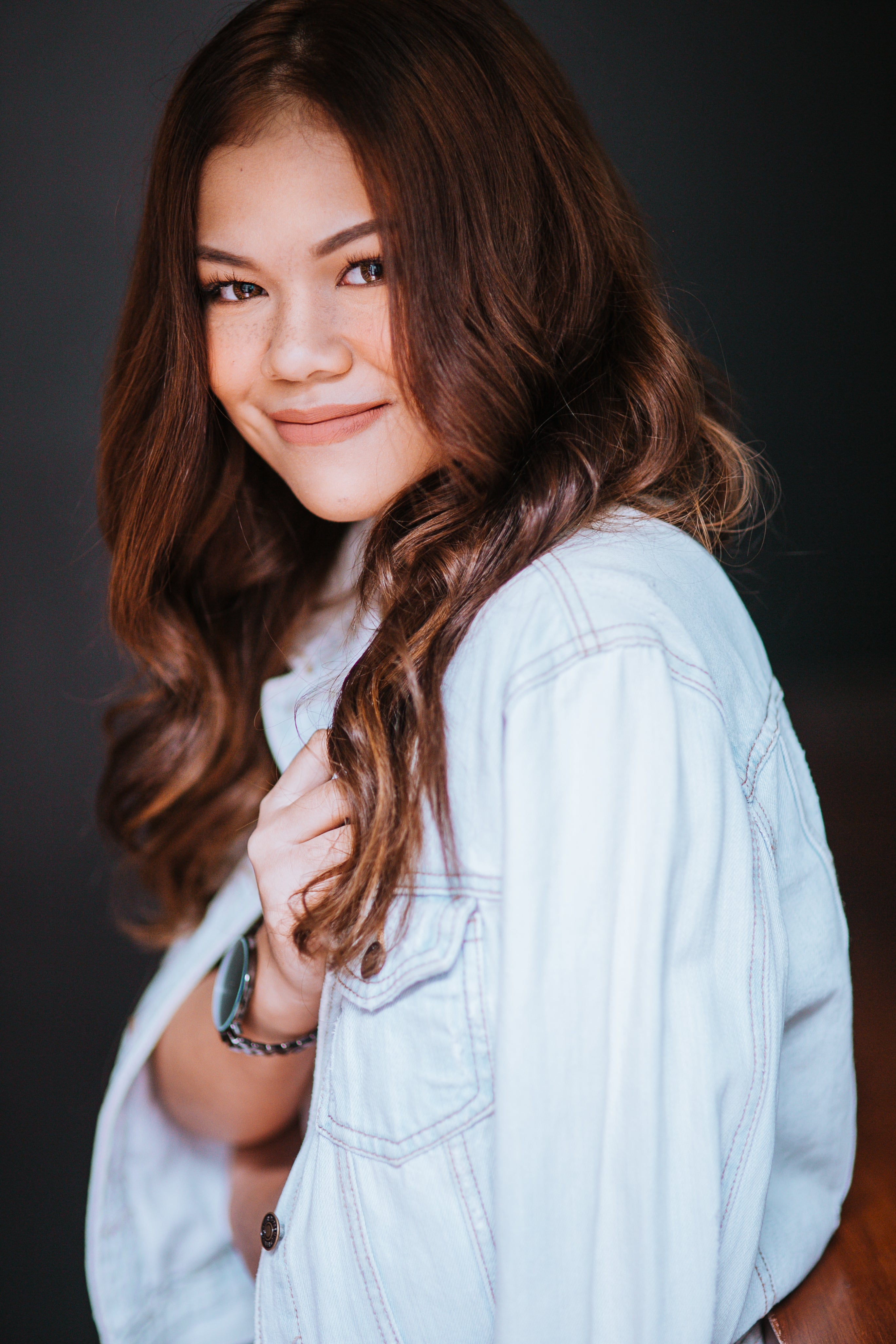 She explains the motivation in writing the song ‘idk’: “There comes a time in your life where you start to doubt yourself, if you’re doing the right thing, and if the road you’re treading leads you to your destiny. It’s a song I wrote during my lowest moments.”

Describing herself as a “free soul walking down your street, with a ukulele and two dancing feet,” Renee Dominique is no stranger to music.

Imagine the scene. You’re lazy to get out of bed. What can you do—stare into blank space, watch the raindrops fall on your window, curl up with a good book and a cup of hot cocoa, or, perhaps, all of the above?

Renee’s voice will set the mood for that lazy day—she’ll give you the ultimate eargasm through your favorite tunes, you wouldn’t want it to end.

Born to musician parents, the 18-year-old has always had the passion for music. “I remember writing my first-ever composition when I was around 4 years old,” Renee recalls.
“It was called “Ti Ti La La,” which was a mumble of words that I believed meant ‘I love you.’ It was also the same age when I had my first voice recording projects for TV and radio commercials.”

Renee plays the acoustic guitar, bass, piano, drums and ukulele. She’s like a ukulele, she says, because she believes there are four sides to herself—like the ukulele’s four strings.

She was home-schooled before enrolling at University of the Philippines Diliman. The home-school arrangement gave her more time to do what she loved, which also led her to discover her true self.

The transition from home-schooling to attending a state university was an eye-opening experience. She immersed herself in the new environment.

“It was a really big adjustment in terms of going out of my comfort zone and dealing with challenges and people,” she says.

She learned to look at the bright side, dealing with campus life like a regular student. “I am enjoying and learning at the same time,” she admits.

Before the release of “Boy,” her first single with Star Records in 2014, Renee drew attention on YouTube.

Renee’s covers on her YouTube channel—which has over 35,000 subscribers—consist of classic hits by international and local artists. Two of the most widely viewed are The Beatles’ “I Will” and Rey Valera’s “Kahit Maputi Na Ang Buhok Ko.”

Fans have commended her “airy, soothing and unique voice.”

She has also uploaded original compositions. Recently she collaborated with Asch Catabona on the recording of her latest hit, “idk” (I Don’t Know).

She describes it as a fun collaboration, a favorite because of its “honesty.”

She explains what motivated her to write the song: “There comes a time in your life where you start to doubt yourself, if you’re doing the right thing, and if the road you’re treading leads you to your destiny. It’s a song I wrote during my lowest moments.”

Renee was also in the recently concluded teleserye, “Born For You,” in which she sang “Kulang Ako Kung Wala Ka,” originally sung by Erik Santos. She says she enjoyed the experience of working with Janella Salvador and Elmo Magalona.

“Everyone was so easy and fun to work with, and it didn’t feel like work at all,” Renee recounts. “It was really a chance for me to share with the TV audience my own rendition of a song, which is something I enjoy doing.”

In 2013, Renee joined ABS-CBN workshops, where Star Magic head and TV director Johnny Manahan took note of her. Shortly after that, she was signed up as Star Magic artist.

She gives credit to ABS-CBN for giving her the “best training as an artist. I am very privileged to have gone through acting, singing, dancing, hosting and speech workshops, all handled by respected artists in the Philippines.”

The workshops helped her prepare for her college major, Theater Arts.

If Renee could sing a song to change the world, it would be Michael Jackson’s “Man in the Mirror.” She calls it “the perfect tune.”

It’s not easy being a college student and a musician at the same time, but Renee says she’s having the time of her life.
Renee has stayed down to earth, attributing everything to her faith. “I owe my success to God,” she says. “I believe He has given me this talent for a purpose, which is to inspire people and lead them to Him through my art.”

She wants her fellow artists to “believe in what you do, and not be threatened or discouraged by the progress of others, for you will have your own time.
“It’s really about the journey, not the destination, so do whatever you can to grow more. Discover, learn and enjoy the process.” —CONTRIBUTED