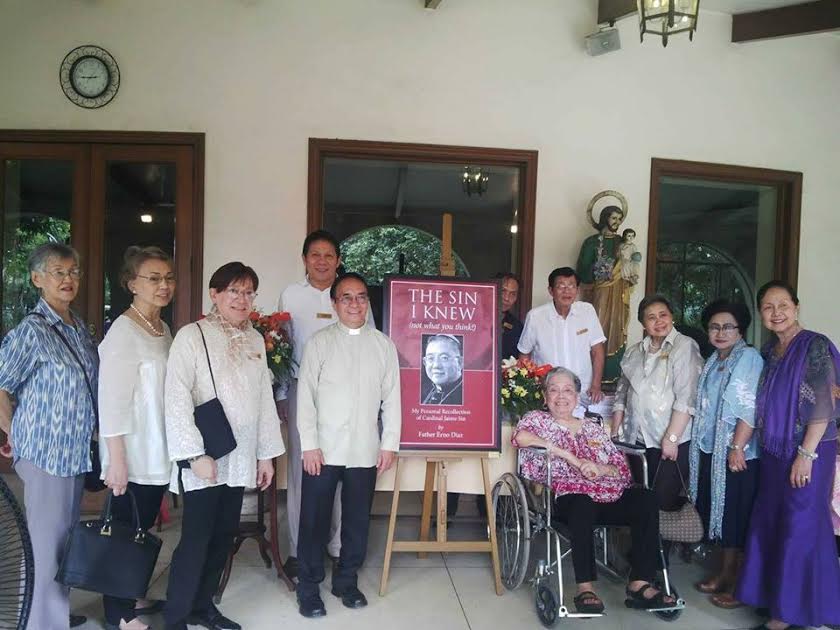 “The Sin I Knew,” a book of recollections of Cardinal Jaime Sin by Fr. Erno Diaz, was recently launched at Villa San Miguel, Mandaluyong City with Antipolo Bishop Gabriel V. Reyes, a former secretary of Cardinal Sin, as guest of honor.

Having known the late Cardinal “up close and personal,” Fr. Diaz said he was inspired to write the book in 2015, the 10th death anniversary of Cardinal Sin.

“My book,” he said, “does not so much highlight his role in the Philippines’ People Power of 1986, but rather, I want the readers to remember him as a gentle, loving, funny, yet firm and powerful spiritual leader, “ he said.

The same book was similarly launched at St. Pius X Minor Seminary in Capiz where Fr. Diaz had studied under the Cardinal, then rector of the seminary. It will likewise be launched in New Washington, Aklan, by the end of April and in New York and other states of America.

Proceeds of the book will fund the projects of the San Lorenzo Ruiz Global Ministry, one of which is the enthronement of the image in airports, San Lorenzo being the Patron Saint of migrant workers.

The author was ordained in 1969 upon obtaining Philosophy and Theology degrees at University of Santo Tomas.

A staunch devotee of Lorenzo Ruiz, then a candidate for sainthood, Fr Diaz founded the Blessed Lorenzo Ruiz Movement in 1982 and became its director until 2009.

Fr. Diaz is now the administrator of the Church of the Guardian Angel in the Chelsea area of Manhattan, New York, and founding chair of the San Lorenzo Ruiz Global Ministry-Philippines. —CONTRIBUTOR