Children's Book Day 2017: Why parents should get kids reading, and how to do it | Lifestyle.INQ ❮ ❯ 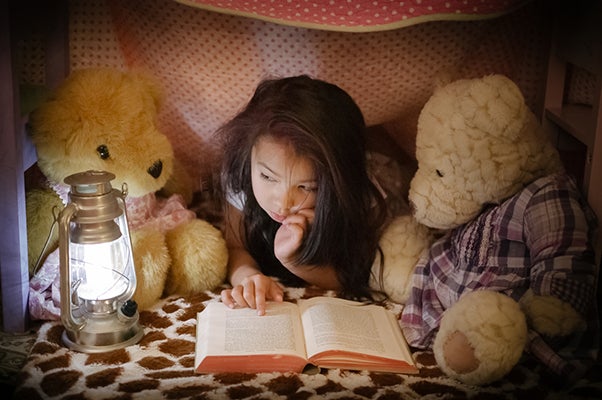 Sunday, April 2, marks Children’s Book Day 2017, celebrated to inspire a love of reading and bring attention to children’s books from around the world.

As well as providing a great source of fun and entertainment for children, reading also has many health and psychological benefits, helping to improve language skills and develop imagination from an early age.

Here we round up some of the recent research which explains why encouraging kids to read is so important, and how to do it.

A leading United States doctors’ group advises that parents should start reading to their children as babies in order to boost language skills.

In official policy from the American Academy of Pediatrics (AAP), the guidelines advise daily reading to children from the first year of life until kindergarten. According to the AAP, reading with children “stimulates optimal patterns of brain development and strengthens parent-child relationships at a critical time in child development, which, in turn, builds language, literacy and social-emotional skills that last a lifetime.”

The AAP also said that babies can benefit even if they do not seem interested, with infants exposed to daily reading recognizing words and producing phrases and sentences earlier.

A 2016 Finnish study, published online in the European Journal of Nutrition, showed that children who followed a healthy diet performed better in tests to measure reading skills than children who ate an unhealthier diet.

The study followed 161 schoolchildren aged six to eight years old from the first grade to third grade of school, and found that children whose diets followed the Baltic Sea Diet and Finnish nutrition recommendations—high in vegetables, fruit and berries, fish, whole grains, and unsaturated fats, and low in red meat, sugary products, and saturated fat—performed better in reading tests. The results led the researchers to suggest that parents, as well as schools and governments, could help to improve reading skills just by improving the availability of healthy foods.

A recent Japanese study by a team from Osaka Institute of Technology and Kyushu University found that stuffed animal sleepover programs, which involve children taking their stuffed animals along to a library and leaving them there for a sleepover, are an effective way to get children interested in reading.

The animals stay over night in the library, where they “search” for books they want to read. Staff take photos of the animals reading, and the next day children can return to collect their toys, along with the photos and the books that their animal ‘chose’ to read.

The small-scale study found that immediately after many of the children showed an increased interest in their picture books and also started to read to their stuffed animals, becoming active rather than passive readers. The program also helped to develop the children’s imagination and boosted prosocial behavior.

A 2015 U.S. study found that books are more effective in increasing the quantity and quality of language in young children than modern electronic toys that produce lights, words, and songs.

Published in the journal JAMA Pediatrics, the small-scale study showed that when children aged 10 to 16 months old were given three different sets of toys—electronic, traditional, and books—the quality and quantity of words used by both children and parents was higher when playing with books than when playing with the traditional toys, with an even bigger difference found between books and electronic toys. JB

How stuffed toys can boost children’s reading and imagination